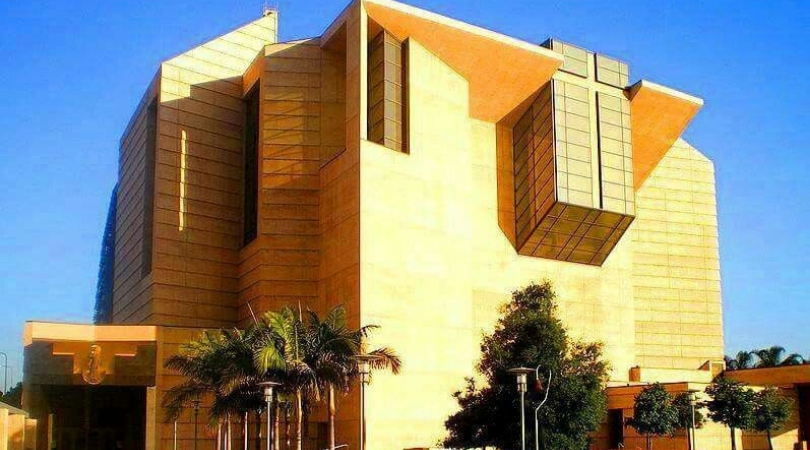 LOS ANGELES (ChurchMilitant.com) - Despite claims from Church leaders that child sexual abuse is a historical problem, a recent settlement shows that children are still being abused.

In the largest payout in U.S. history for sexual abuse, the archdiocese of Los Angeles has just agreed to an $8 million settlement to a female victim of sexual abuse by her former Catholic high school athletic director, Juan Ivan Barajas.

Barajas is in prison for the felony statutory rape of the girl when she was a 15-year-old freshman at San Gabriel Mission High School in Los Angeles County.

After Barajas' wife discovered text messages on his phone, she alerted police, and Barajas fled with the girl to Las Vegas where he was arrested without incident.

The civil lawsuit, filed in the Los Angeles Superior Court in August 2017, claims the archdiocese was guilty of negligent hiring, supervision and retention and breaching their duty to report suspected child abuse.

In that grooming for the abuse began in February 2016, this contradicts claims from clerics like the former head of the archdiocese of Washington, D.C., Cdl. Donald Wuerl, and the archdiocese of Chicago's Cdl. Blase Cupich who say that the payouts stem from cases that happened decades ago.

In an open letter written in response to the Pennsylvania grand jury report, Cdl. Cupich framed the crisis as a historical problem of the Church and claimed "that the vast majority of abuses contained in that report occurred decades ago."

He claims that archdiocesan "safe-environment" training and the policies implemented by the Charter for the Protection of Children and Young People "have been successful."

"The bishops will also update our 2002 'Statement of Episcopal Commitment' by which the bishops pledged to follow a procedure for reporting allegations of sexual abuse of minors by a bishop," Cdl. Cupich added.

Dave Ring, the lead lawyer for the plaintiff, said the school had received numerous complaints about Barajas. Another coach and a parent notified the school that Barajas was having inappropriate relationships with female students.

They had all of these policies and procedures and training in place, and none of it worked.

"There were so many complaints about this perpetrator, and the archdiocese claimed they had all of these policies and procedures and training in place, and none of it worked," Ring said.

An archdiocesan spokeswoman said Barajas was investigated but they had found no evidence of sexual misconduct involving students. She added he "had not been fully respectful of school policies" and "was counseled according to archdiocesan policies."

The Los Angeles archdiocese has paid out more in sex abuse settlements than any other diocese in the United States, with this settlement bringing the total to nearly $750 million to at least 563 victims.

In December, Los Angeles updated its list of accused priests, adding 54 new names to the list that was last updated a decade ago.

Heather Banis, an archdiocesan victims assistance coordinator, admitted they had not compiled a comprehensive list for the archdiocese but said, "In the last 10 years, when reported to us, we've been making those names public in the parishes or ministry sites where the priests had served."

Cardinal Roger Mahony, the former head of the archdiocese, whom many believe should be in prison for his cover-up of predator priests, still exercises influence in Los Angeles.

In March, Mahony was a speaking guest at the Los Angeles Religious Education Congress (LA REC).

In January 2013, Abp. Gomez removed Cdl. Mahony from administrative and active duties. But three months later, after Pope Francis was elected, Mahony was immediately declared to be "in good standing" and allowed to remain in ministry.

In response, a petition was started by two faithful Catholics, Paul Norris and Christopher Sale, a brother of Padre Pio, demanding that Cdl. Mahony be condemned by Church leaders, punished by the Vatican and investigated by police for his actions related to sexual abuse cover-up.

When two Norris and Sale tried to deliver the petition, currently signed by over 7,500 people, to Los Angeles' archbishop, Jose Gomez, the archbishop had his security detail eject the two men from the cathedral.

Norris said, "We believe that Roger Mahony is the poster child of what happens to child abusers and their protectors in the Church; nothing."

Ring said the victim is moving forward with her life and has been in intensive therapy.