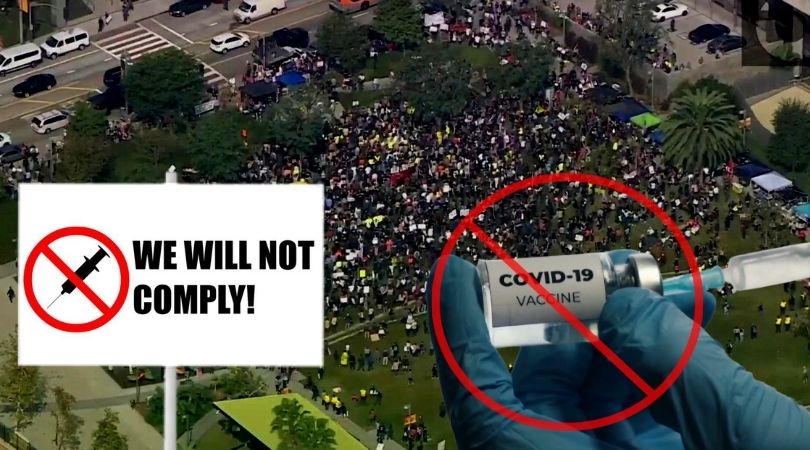 LOS ANGELES (ChurchMilitant.com) - Thousands of freedom activists gathered in L.A. this past weekend to protest mandates for so-called COVID-19 vaccination.

The massive group of protestors, many of them truckers and firefighters, congregated peacefully for over six hours outside Los Angeles City Hall during the "Defeat The Mandates" rally.

Event organizers released a statement that explained the reason behind the protest:

Americans face growing censorship, and even risk losing their jobs and being deplatformed on social media, for voicing personal opinions that run counter to the ever-changing narrative of government regulatory agencies which have been captured by the pharmaceutical industry. Many feel that discrimination on the basis of vaccination status in countless facets of American life is un-American.

We the people will not comply!

Journalist Anthony Cabassa reported, "Over 7,000 Los Angeles first responders are set to lose their jobs over mandates." At the rally, a group of firefighters marched together, carrying the American flag and chanting, "We the people will not comply!"

A massive crowd of freedom activists carried flags and signs while taking part in the chants.

A firefighter from New York, 31-year-old Paul Schweit, told Newsmax he has been suffering from unpaid leave for the past five months since he refused to comply with New York City's vaccine requirements.

Schweit observed regarding the COVID vaccine: "The people that held out this long believe that this is not about a shot; it's about the freedom to make the choice for yourself for your own bodily autonomy."

The peaceful protestors advocated for an end to all COVID-19 mandates. The master of ceremonies of the event, Kevin Jenkins, energized the crowd by proclaiming, "We're here to reclaim our territory. We're going to regenerate the soil. This is our defining moment."

Los Angeles County already requires all city workers to be fully vaccinated unless they have an exemption. But a slew of bills supporting vax-related mandates is currently being pushed in the California State Assembly:

The bills fail to recognize there is no FDA-approved version of the so-called COVID vaccine available anywhere in the United States. They also overlook the jab's reported adverse effects and the lack of legal recourse available to those it harms.

Stating that recipients have the "option to accept or refuse" a product that is only available through EUA, or Emergency Use Authorization, federal law explicitly prohibits a mandate.

Further, critics have alleged that because the jab has minimal efficacy — and because effective early treatments for COVID are available — the jab doesn't even meet the requirements to retain EUA, a status that affords the drug companies a 100% shield against legal liability. 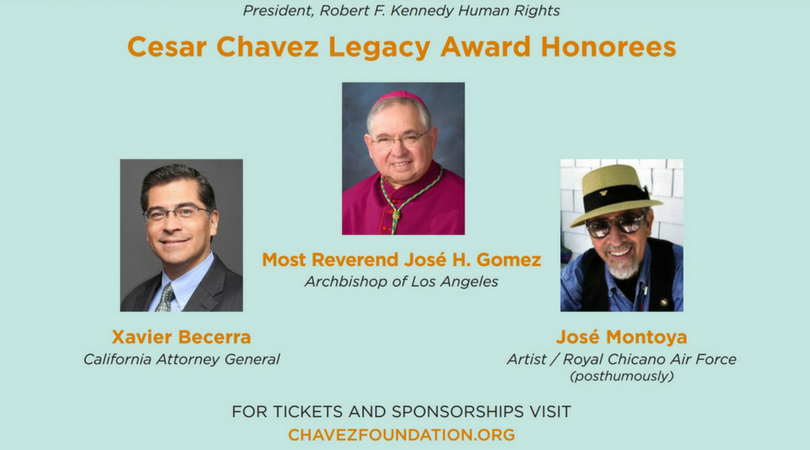