Loyola Marymount Lynches Its Own, Part 2

Student newspaper attacks employee standing up for the Catholic Faith

LOS ANGELES (ChurchMilitant.com) - A Catholic college student newspaper is attacking a Loyola Marymount University staff member for defending Catholic teaching on gender and sexuality and priests and faculty are joining in.

It was earlier reported that on April 14 an unnamed employee confronted three student members of a campus LGBT student club, the Gender-Sexuality Alliance (GSA). They were hanging up posters promoting "pansexualism," defining it as a third gender. The employee defended the scientific and Catholic fact there are only two genders, male and female, with both the employee and a witness confirming the conversation was civil and everybody departed the conversation happy.

The same day, student-run newspaper, The Los Angeles Loyolan, posted a headline "BREAKING: Alleged LGBTQ+ hate crime, during Rainbow Week" featuring a statement by the Gender Sexuality Alliance. It describes the posters being taken down as "an act of hate" and said the employee "aggressively confronted the students" and "replied hatefully" to them. It accuses the employee of "denying the existence of transgender people."

The following week the Loyolan published an opinion piece claiming "a series of recent incidents have gone against LMU’s mission to uphold the education of the whole person and the promotion of justice and has violated many of our students."

The writer added a comment from one of the students involved in the conversation, identified as Cosette Carleo, alleging, "She did not respect the equal dignity that all humans should receive, especially those who are already marginalized."

The article further maintained LGBTQ+ students feel "isolated, afraid to come out and unsafe" as a result of the confrontation. No student should have to feel unsafe on their own campus because of their gender or sexuality."

The April 27 issue of the Loyolan — the last issue of the school paper for the 2015–2016 school year — features a letter to the editor written by Alexis Dolan, a faculty member from the LMU philosophy department:

I wanted to address the events that took place on April 14, in which you took it upon yourself to [allegedly] verbally attack student who were posting sanctioned signs for Rainbow Week. The unknown is very scary and it is difficult in this era of constant change to maintain a specific belief system unchanged. You clearly have very strong beliefs regarding gender identity, and you were offended that signs were posted that challenged your beliefs. The problem is, you chose to [allegedly] engage with these students in a non-constructive way. Your actions were those of a bully. In your efforts to affirm your personal truth, you deliberately attempted to make those students feel bad about themselves by [allegedly] condemning their personal truths. But the truth is as strongly as you feel about your sexuality and your gender is EXACTLY as strong as these student feel about their sexuality and gender. Sadly, your [alleged] actions left no room for conversation or reconciliation. We work at a University, with nascent adults who are exploring and learning about the world, who have left many different kinds of homes to study at our campus, who have many different life experiences and faith traditions about which we have no idea. As employees, we have a tremendous responsibility to be resources of trust, compassion, strength, and examples of how to interact with the world. Your [alleged] actions completely abdicated that responsibility. We all have the absolute right to believe how we will, and to even deny any deviation from those beliefs. However, none of us have the right to attack someone because their beliefs are not the same as ours. The choice involved in this incident was not about gender identity or sexuality, it was the choice you made to [allegedly] bully, intimidate and condemn.

Since the day the incident occurred, LMU has consistently shown disregard for the employee's Catholic opinion and catered to the LGBT agenda being allowed to permeate the university. Although the university maintains it is Catholic it has not once sought to promote the Catholic understanding of gender and sexuality. 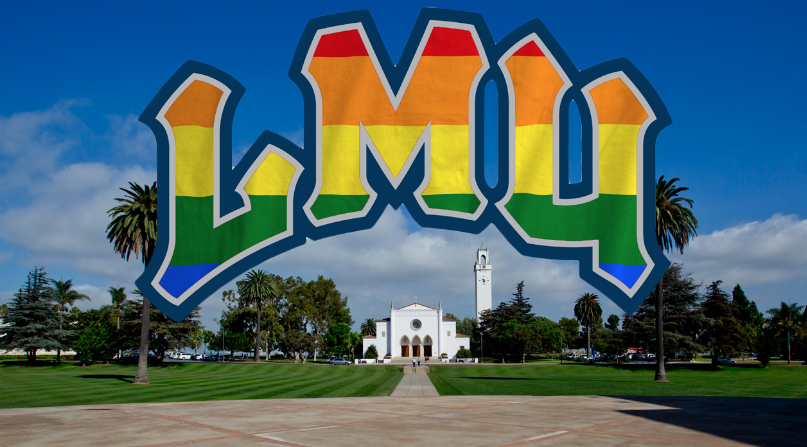