Although the spokesman's correction from the Catholic diocese in Helsinki came only five days after the incident, its English translation appeared in the media only this week.

Mark Tervaportti, director of the Catholic Information Center in Helsinki, Finland, issued the statement in Finnish on January 20 in response to a group of Finnish Lutherans and their illegal reception of Holy Communion on January 15 at St. Peter's Basilica.

The group of Lutherans, along with their bishop, Samuel Salmi of Oulu, went up for Communion in St. Peter's, each with one arm across their chest, as a sign they wanted only a blessing, but the Catholic priests gave them Holy Communion anyway — which they accepted.

The incident caused a stir among faithful Catholics, especially in light of the Pope's recent comments regarding intercommunion between Catholics and Lutherans — comments that were later clarified by Cdl. Gerhard Müller, Prefect of the Congregation for the Doctrine of the Faith.

A few days after the problematic reception of Holy Communion with his fellow Lutherans, Salmi spoke to Finland-based media group Kotimaa 24, telling them, "At the root of this there is, without a doubt, the ecumenical attitude of a new Vatican."

But diocesan spokesman Tervaportti took to task both the incident of wrongful Communion itself and the following statements made by Salmi to the media.

In a press release dated January 20, Tervaportti, responded to an article posted on Kotimaa 24's website in which he denounced the interfaith Communion. "Only members of the Catholic Church in the state of grace may receive the Catholic sacrament of the Eucharist."

He added that to receive Holy Communion, "one must accept the Catholic doctrine regarding it."

As an example of what keeps a person from reception of Communion, Tervaportti said that "living in a relationship other than a true Christian sacramental marriage is an obstacle."

Tervaportti noted that those who went up for Communion had an arm across their chest as a sign they wished to receive only a blessing, but Holy Communion was given by the priests instead. He cautioned people against making this gesture, as it is not always understood by those distributing the Eucharist, but added, "However, if Communion is offered, it is because of the ignorance of the minister of the Eucharist and it can still be politely refused."

The spokesman further took Samuel Salmi to task for his comments to the news outlet. "Contrary to Samuel Salmi's speculation, it is useless to draw the conclusion that the Vatican has a 'new ecumenical attitude' based on the occurrence of an error that occurred in the distribution of Communion."

He went on to say there has been no change in policy pertaining to reception of the Eucharist. "If it does change, it will not happen 'in the field,' but through an alteration of Church law and additions to teachings regarding the sacraments of the Catholic Church."

Tervaportti further clarified that the "new mindset" of Pope Francis, mentioned by Salmi in the article,

is not a sign that the Catholic Church is going to change its practice with regard to the distribution of the Holy Eucharist. On the contrary, for us Catholics, it is a sign that we should also more carefully examine our consciences in the light of the teaching of Church and then honestly discern if we are at this moment eligible to receive the Holy Eucharist.

To learn more about the Real Presence of Jesus in the Blessed Sacrament, watch "Sleight of Hand—Every Particle Is Precious." 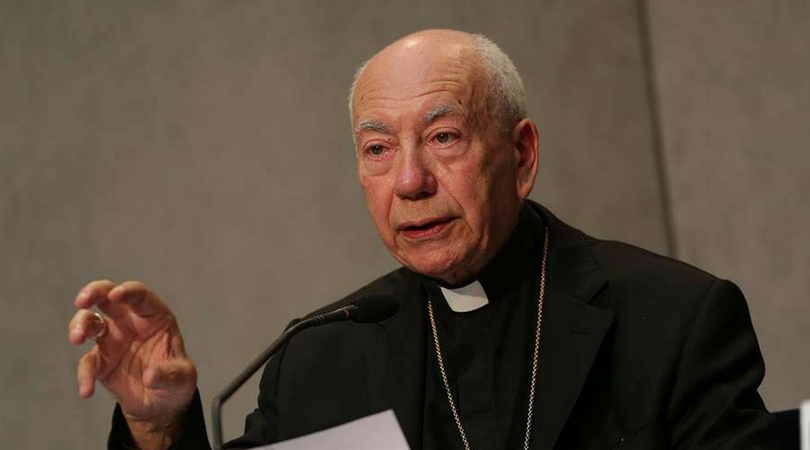