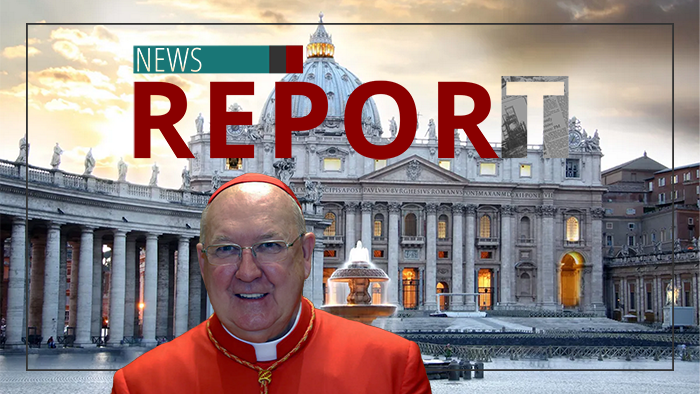 Church Militant's Kim Tisor takes a closer look at Farrell's past and raises the question: Should he be trusted to oversee the Holy See's finances?

Cardinal Kevin Farrell is devoted to Pope Francis. The pontiff recently selected Farrell to lead a small finance committee that will oversee "the ethical nature of the Holy See's" movable investments. Francis obviously trusts Farrell, whom he named prefect of the Vatican's Dicastery for Laity, Family and Life in 2016.

During Farrell's tenure, however, Catholics have criticized him for denying he had any knowledge of ex-cardinal Theodore McCarrick's homosexual predation. This is odd, considering McCarrick handpicked Farrell as auxiliary bishop of Washington in 2001, and Farrell lived on the same floor in the same mansion as McCarrick for six years.

Farrell offered similar denials in 2016 when asked about serial sex abuser and Legionaries of Christ founder Fr. Marcial Maciel. Cardinal Farrell claimed he barely knew him, though a former legionary claims the two men were on a personal basis.

Also concerning, seven years ago, when Farrell was bishop of Dallas, Texas, an alleged sex abuse victim named Farrell in a lawsuit for dismissing his abuse as consensual.

It's difficult to know when Cdl. Kevin Farrell is telling the truth or lying. Hopefully, the others on the new finance committee will be more transparent.

Our own Christine Niles has written extensively on Cdl. Farrell. You can find those articles on our website.