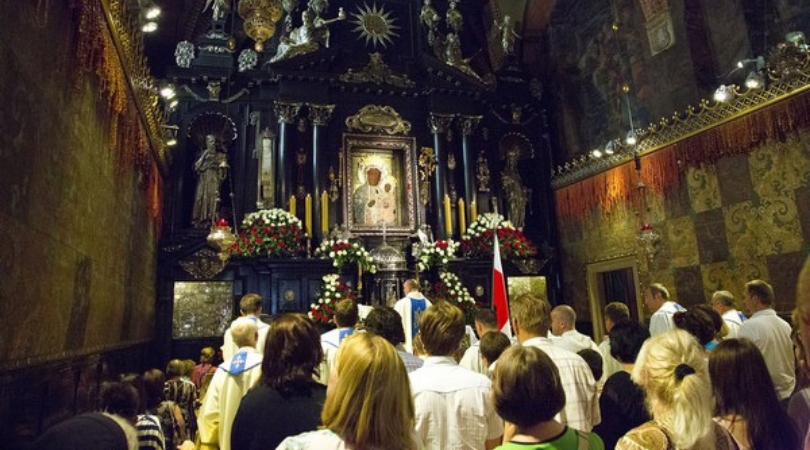 Three years in, Poland's "Family 500+," a program designed to boost birth rates and reduce childhood poverty, is showing signs of promise. Created in 2016 by the Law and Justice Party, the program is designed to make it economically easier for young Poles to have more children.

Data from the Polish Central Statistics Office revealed a 13–15% increase in childbirth in December 2016 and January 2017 compared to the same period in previous years.

The plan gives 500 złotys (Polish currency equal to about $150) per month to every Polish family for every child that they bear after their first. This allotment is on top of a child tax credit benefit. More than 500 złotys per month may be allotted for children with disabilities.

Poland has been below the replacement fertility rate of 2.1 children per woman for the last 20 years.

Polish Interior Minister Joachim Brudzinski has affirmed that Poland, along with Hungary, Slovakia and the Czech Republic, are 'against the uncontrolled influx of migrants' as a means to replenish dwindling birthrates.

Poland is relying on internal means and methods to boost its population numbers. Polish Interior Minister Joachim Brudzinski has affirmed that Poland, along with other nations of the Visegrad Group (Hungary, Slovakia and the Czech Republic), are "against the uncontrolled influx of migrants" as a means to replenish dwindling birthrates.

One source describes Poland's increase in fertility rates as a "baby bump" rather than a "baby boom," pointing to limitations of the findings ("most of the increase in 2016 reflects births conceived well before the policy existed") and its expense (about $1,800 per eligible child). Yet the article conceded that "there was a real recovery in 2016 and 2017, and it may have been helped along by the 500+ benefits."

Data collectors have measured — and addressed — Poland's low fertility rates in economic terms. Given the political, cultural and religious upheavals the Poles have endured throughout their history, mere economic explanations — and solutions — may not suffice.

The Christian era in Poland is officially marked by the baptism of Mieszko I, the first ruler of the future Polish state on Holy Saturday 966. Five hundred years later, Poland was the largest and considered by many historians the most powerful nation in Europe.

Fueled by a combination of Poland's religious, cultural and military power and prowess, Jan III Sobieski and his winged soldiers stopped the Ottoman Turks at the gates of Vienna in 1683, a significant event that curbed the spread of Islam into Western Europe and ensured the propagation of Christian culture.

During the latter part of the 1700s, Poland sent its finest in Kazimierz Pułaski and Tadeusz Kościuszko to support the American revolutionaries, only to be swallowed up by Prussia, Austria and Russia. Poland disappeared from the political map of Europe for the next 123 years. As part of the denationalization process of the occupiers, "Oppressive administrative policies ... sought to eradicate the Polish language and national identity."

Poland was again to lose her independence during World War II, conquered by Nazi Germany and the Soviet Union. During the 1980s, Lech Wałęsa and the Solidarność labor movement helped establish dignified labor conditions for Polish workers and weakened the Soviet control of Poland, which collapsed in 1989.

On Nov. 11, 2018, over 200,000 Poles marched in Warsaw celebrating the 100th anniversary of Polish independence. Celebrants held banners saying, "God, Honor, Homeland"; some chanted: "Yesterday it was Moscow, today it is Brussels, stripping us of our sovereignty."

When President Donald Trump visited Poland on July 6, 2017, he recalled how on June 2, 1979, when Poles celebrated their first Mass with Polish Pope John Paul II, the Communists must have sensed that their oppressive system would soon come to an end:

They [the Communists in Poland] must have known during that exact moment during Pope John Paul II's sermon when a million Polish men, women and children suddenly raised their voices in a single prayer. A million Polish people did not ask for wealth. They did not ask for privilege. Instead, one million Poles sang three simple words: "We want God."

A recent article published in Church Militant, "Is Poland Still A Catholic Stronghold?," accompanied by a picture of Jasna Góra Monastery in Częstochowa, points to:

recent incidents in Poland that speak to a weakening of pro-family values, however. For example, last year the well-known academic and outspoken abortionist Romuald Dębski received a Catholic funeral. The spokesman for the archdiocese of Warsaw, Fr. Śliwiński, justified the decision: "We don't know his [Dębski's] deepest motivations and secrets of his conscience. The deceased is subject to the tribunal of Merciful God."

Some critique Poland's "Family 500+" program, as well as other Visegrad group's pro-family policies, as socialistic measures to be shunned while others argue they are necessary ad hoc measures helping to stave off the extinction of a people and a culture. However successful the Family 500+ program may be, throughout their conflagrated history, the Poles have managed to keep their language, themselves and their faith in God alive.