In the first two parts of this series, we exposed the ideologies of at least 17 faculty and administrative staff members of Marian University which completely contradict Catholic teaching.

Part III proved that the social media promotions of faculty and staff has indeed spilled over into campus life, as pro-homosexual signs and displays were found on professors' classroom doors and in university facilities, such as the library.

In Part IV, we will focus on the strong push for acceptance of homosexuality and transgenderism on campus as enacted by the Multicultural Center.

As established in Parts II and III, the director of the Multicultural Center's programs is Shaquona Ellis, who actively promoted homosexuality both on social media and as a part of campus activities. Given Ellis' comfort in promoting homosexuality in her position, it should not be too surprising that the Multicultural Center maintains a pro-homosexual display. This photo was taken inside the center by our source.

The center also distributes pro-homosexual stickers and pencils to its patrons.

Along with these materials, the center also maintained posters regarding the "preferred pronouns" of gender-confused individuals. Some of these posters sported the tag-line "Break the Binary," suggesting that the complementary nature of male and female which God created is something to be dispensed with in favor of a new paradigm. Another poster actually encouraged people to address people by their preferred "gender identity" as opposed to the true sex they were created with.

The most concerning thing to come from the Multicultural Center, however, is its Diversity Activities Resource Guide. The guide is nothing short of a propaganda program designed to stamp out opposition to the gravely immoral promotion of homosexuality and instill the idea that straight white men are "privileged" while all others, including sexual deviants, are "disadvantaged."

Pages 102 and 103 contain a survey from "UnderstandingPrejudice.org" on identifying and categorizing sexual orientations. The goal of the survey is to spark conversation around the notion that sexual orientation is "far more complex than the four categories, 'heterosexual,' 'gay,' 'lesbian,' and 'bisexual.'" Never addressing the immoral nature of perverse sexual activities and relationships, the only goal of the exercise is to convince participants of the complexity of various sexual orientations.

Another exercise provided by the resource guide is focused on sensitizing students regarding homosexuality, attempting to encourage them to be more accepting of those engaged in homosexual lifestyles. The stated purpose of the exercise is "To become more sensitive to issues faced by the homosexual, bisexual and transgender."

In the program description, the stated intention is "to help participants stretch outside their comfort zone" through a role-playing exercise which tells participants that "whether you are homosexual, transgender, bisexual, or heterosexual, at this party you are going to be role playing a gay man or lesbian woman."

At the end of the exercise, participants are asked, "How can you be more inclusive to gay, lesbian, bisexual and transgender people through your language and actions?"

In short, this entire exercise is a behavior modification program designed to make sexual deviancy socially acceptable. That this is taking place on a Catholic university campus makes the program all that more subversive.

Another exercise, titled "Facilitating Who Can You Love" states that it was "designed to facilitate discussion about sexual orientation and straight/heterosexual privilege." The creators of the exercise state that they "hope to open the eyes of students to issues of homophobia, heterosexism, and straight/heterosexual privilege." As with the other exercises, this is homosexualist behavior modification being fostered on a Catholic university campus.

The exercise titled "Understanding Privilege" is designed to establish that a heterosexual culture is "oppressive" of those engaged in homosexual activities and encourages the participants to work toward dismantling "oppressive systems."

In the introductory statements of the exercise, it states that "Privilege is a key in perpetuating oppressive systems. ... By having an oppressor exercising privilege that favors one over the other and not questioning the system or being invested in dismantling it, then oppressive systems are maintained."

Statement three says, "In public, I can kiss and hold hands with the person I am dating without fear of name-calling or violence."

Statement nine says, "I can easily buy greeting cards that represent my relationship with my significant other."

Another activity in the Marian University Multicultural Center's Diversity Activities Resource Guide, titled "Closed in the Closet" is designed to "foster more accepting environments where people will feel comfortable" announcing their homosexuality.

Suffice it to say that the pro-homosexual mark, from its leadership to its displays to its promoted activities, is not accidental or isolated. A resource guide for a university center and associated programs had to receive approval for publication from the administration, which means that these are all university-sanctions publications, products and activities.

In Part V, we will conclude this series by exposing the perverse and sacrilegious activities of the Marian University LGBT Alliance organization itself. 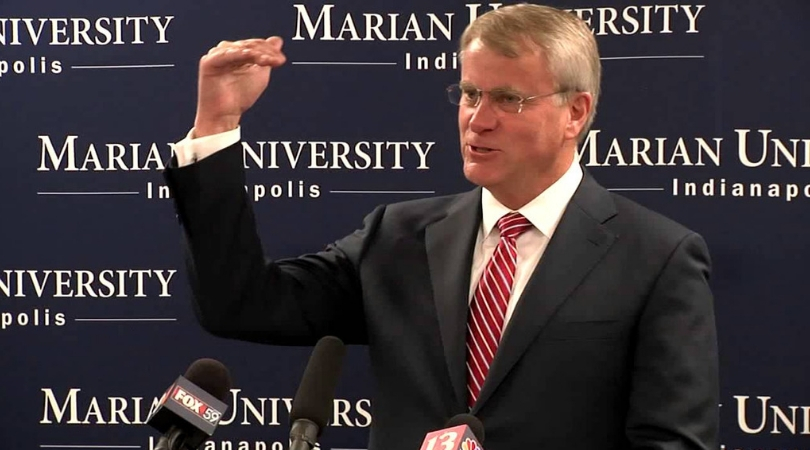 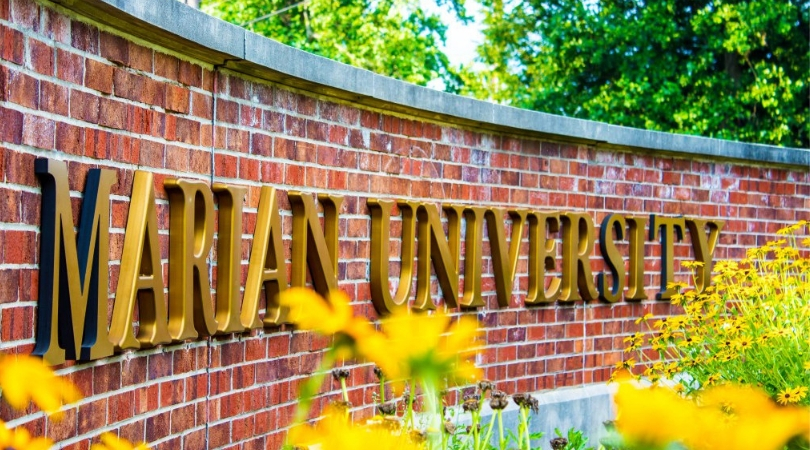