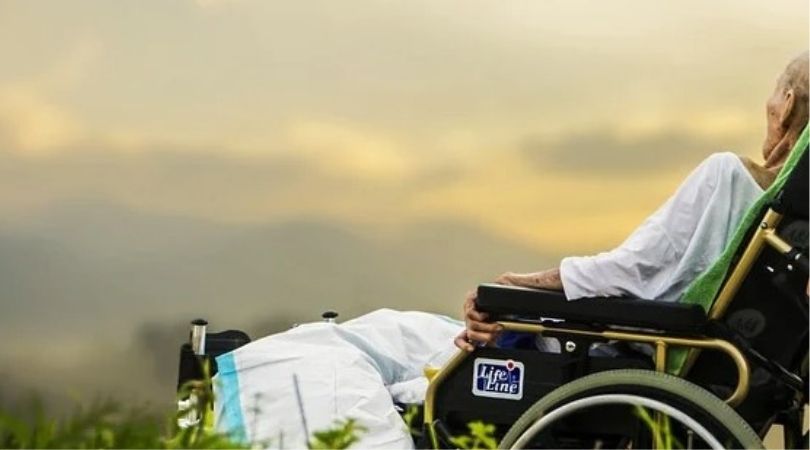 MADRID (ChurchMilitant.com) - Spain passed its first law that not only allows euthanasia but also recognizes death as a right. Spain thus becomes the fifth in Europe to legalize the practice. Euthanasia (namely, sanctioned homicide) or assisted suicide has extended even to children as young as 12 in the Netherlands, for example. So far in Spain, it is for the intended adult victim alone to request the combination of substances to induce death.

Sponsored by Spain's Socialist Workers Party (PSOE), its proponents promise that it will allow a "dignified death." To be applied, however, the law must first be submitted for study before it can be published in the official government bulletin and become official.

Members of the minority Popular Party and the pro-life Vox party voted Sept.10 against the proposal. The Popular Party had offered amendments to guarantee personalized care at home, palliative sedation, private rooms in a hospital, family leave, as well as family visits. However, the measure passed (201–140) when the ruling Socialists and Podemos coalition were joined by the Citizens Party, as well as Basque and Catalan Nationalists. No amendments were allowed.

María Ruiz of the Vox Party said that the leftists were choosing "the easiest and cheapest route, as if life had a price," and added that the new law would turn physicians into executioners. Vox leader Santiago Abascal told a Spanish news program, "In the face of a government of death, a government of hopelessness, a government that only offers those options, to rob hope from those who are at the end of life, we want to offer alternatives, we want to offer hope. We believe in palliative care."

The new law would turn physicians into executioners.

For her part, former minister of health Maria Luis Carcedo said, "They know that they are not offering anything new," adding that palliative care is already available. Speaking for the Socialists, Carcedo said that the Popular Party and Vox proposals merely "confound the debate." She said the law "merely seeks to regulate a new law for whoever wants to exercise it" and added that "it does not force anyone."

The Spanish penal code currently provides for penalties of up to eight years in prison for assisting anyone in suicide, even in cases where permission is expressly given by a person facing a terminal illness. It reads:

Whoever causes or actively cooperates with acts necessary and leading to the death of another, at the express, serious, and unequivocal request of the latter, even when the victim suffers a serious illness that would necessarily lead to his death, or that produces serious permanent and difficult to bear suffering, will be punished ... .

The Spanish Bioethics Committee, an official watchdog body established by law, has rejected the new law. In a statement, the committee rejected the "transformation of euthanasia and/or suicide assistance into a subjective right and a public benefit." While it recognized that anyone requesting an end to life deserves "compassion" and must be "treated with compassionate action to relieve pain and procure a death in peace," it stated:

Yet, we do not consider such compassion can ethically and legally legitimize a request, nor is there any support in a true autonomy, given the current context of palliative and social health care; nor, furthermore, is it limited in its effects to the individual's own private space. To legalize euthanasia and/or assisted suicide implies starting down a path of devaluing the protection of human life with borders that are very difficult to foresee, as demonstrated by the experience of our environment.

Bishop Atilano Rodríguez of Sigüenza-Guadalajara commented in an op-ed about the Bioethics Committee statement: "Neither euthanasia nor assisting suicide are signs of progress but of a true setback for civilization and social cohesion." Noting that while primitive societies — as well as ancient Greece and Rome — approved of suicide, he explained that Christianity abhors the practice.

He put a fine point on the missing frame of reference implicit in the Faith:

Valuing the dignity of all human life, of the healthy and the sick, was a real advance that Christianity introduced. Therefore, what is now proffered as progress is really a great setback: The fruit of individualism that undermines solidarity and an erroneous idea about liberty, which is understood as the mere ability to make decisions with no reference to true and the good.

In Sept. 2019, Spanish bishops issued a statement condemning any effort to allow assisted suicide or killing, titled "There are no sick beyond care, even if they are incurable." Changing the law on the practice, they wrote: "It is bad news because human life is not a good that can be thrown away." In addition, more than 100 well-respected academics and civic leaders signed an appeal to Congress to reject the euthanasia bill.

So far, the new law does not contemplate children or persons suffering mental illness.

"These are difficult cases that often affect young people and put up for discussion the debate over what society should do with people with grave mental problems," said Fernando Marín of Derecho a Morir Dignamente (Right to Die with Dignity) of Spain.

He applauded the new law and said that it is more restrictive than laws in other European countries. The law addresses two groups of persons who may request assisted suicide or euthanasia. The first group, Marín said, comprises persons with terminal illness: "Persons with limited life expectancy, such as many cancer patients." The second consists of those with chronic conditions or illness, such as "[q]uadriplegics, people with serious stroke aftereffects or even dementia ... for whom their condition affects their ability to dress, wash themselves, walk and so on."

Opponents of euthanasia and assisted suicide fear that governments are seeking to expand the practice. In British Columbia, for example, a judge recently ruled that despite a wife's appeal, a doctor could not be prevented from killing her husband. That governments have a vested interest in sanctioning homicide was made evident in a report by Canada's parliamentary budget officer, who recently calculated that the government has thereby saved millions of dollars and will save millions more by expanding the practice.

In contrast to the pro-death trend, pro-life Goya Productions has released a documentary about Laguna Hospital care center, which cares for patients suffering conditions that are likely to lead to death within months. The Spanish video production firm interviewed caretakers and family members of patients, revealing Laguna's focus on palliative care, controlling pain and giving hope. A patient's husband is seen in the video saying, "It has been 10 very special months of my life and impossible to forget. Every day here is a new day. It is the promise of life."

That governments have a vested interest in sanctioning homicide was made evident in a report by Canada's parliamentary budget officer, who recently calculated that the government has thereby saved millions of dollars.

Titled To Die in Peace: Palliative Care vs. Euthanasia, the video opens with a narrator who says, "In the last stretch of our lives, no one wants to suffer or be afraid but to be instead accompanied and treated with kindness — to be at peace and to have our last wishes made real. Is that a utopia or something like that? It does exist, but for most people it is an unknown world. It is the world of palliative care and entering into it can be a surprise."

Bearing the message "1 + 1 = Infinity" written on her bonnet, nurse Encarna Perez said of her work:

I gave him [a patient] a kiss. And his daughter turned and said, "Do they give kisses in this hospital?" I answered, "Yes, of course, it's what this man needs." He is in a strange place, feeling bad and terrified, and he finds a positive acceptance. It is logical that he will find it easier to say what is going on with him because he is in an accepting and loving environment."

She added that palliative care gives patients time to bid farewell to loved ones and say things that they needed to say. According to the video, patients at Laguna are attended by a Catholic chaplain, doctors, pain specialists, psychologists and other caregivers.