Mary, Ark of the Covenant 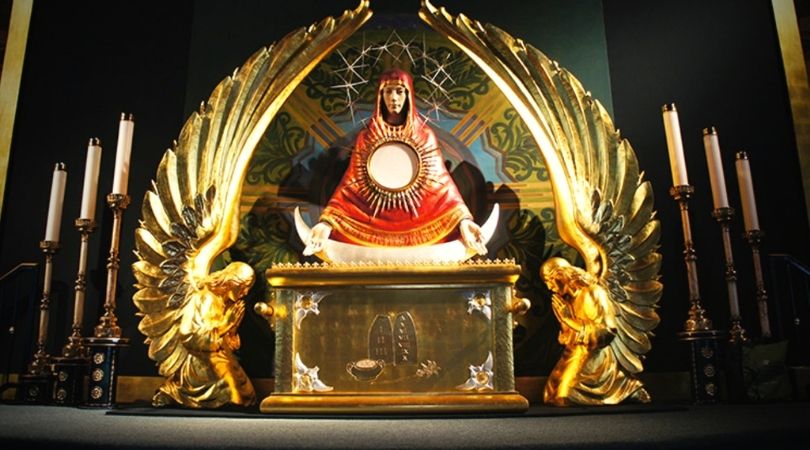 The four Marian dogmas are:

All four are dogmas of the Church, meaning that Catholics are obliged to adhere to these infallible teachings.

The first dogma: Mary, the Mother of God, was addressed in 431 at the Council of Ephesus. This was in response to the heresy of Nestorianism, which originates with Nestorius, who was the bishop of Constantinople at the time. Nestorius rejected Mary's title as "Mother of God." This error not only attacked Mary, but most importantly, attacked the very nature of Christ.

Nestorianism held Mary was only the mother of Jesus' human nature but not the mother of His divine nature. This heresy was condemned by the Church as Nestorius and his followers divorced the two natures of Christ. Saint Cyril of Alexandria, the bishop who led the charge against the heresy, defended Mary's divine motherhood and the nature of Christ saying: "For if our Lord Jesus Christ is God, how should the holy Virgin who bore him not be the Mother of God?"

Everybody, including the Mother of God, needs Christ to be saved.

The second dogma: Mary's Perpetual Virginity, was also discussed in 431 at the Council of Ephesus. While the main attacks against Mary at this time were on her divine motherhood, her perpetual virginity was clarified as well:

In 553, at the Second Council of Constantinople, Mary's perpetual virginity was emphasized:

And in 649, at the Lateran Council convened by Pope Martin I:

"If anyone does not ... confess truly and properly that holy Mary, ever virgin and immaculate, is Mother of God ... and gave birth to Him without corruption, her virginity remaining equally inviolate after the birth, let him be condemned."

The third dogma: Mary's Immaculate Conception, was defined in 1854 by Pope Pius IX: "The most Blessed Virgin Mary was, from the first moment of her conception, by a singular grace and privilege of almighty God and by virtue of the merits of Jesus Christ, savior of the human race, preserved immune from all stain of original sin."

While most Protestant objectors to this truth point to Mary's song of praise, where she exclaims "my spirit rejoices in God my savior" as proof of Mary not being sinless because Scripture proves she has a savior, they misunderstand the teaching.

Everybody, including the Mother of God, needs Christ to be saved. Because of the sin of Adam, everybody is born into the pit of original sin. One is brought out through a cooperation with grace. Mary, being full of grace, is still saved through Christ's sacrifice but in a more perfect way. She is preserved from ever falling into the pit of original sin in the first place — and since God is not bound by time, Christ's sacrifice is applied to Mary at the very moment of her conception.

The fourth dogma: Mary's Assumption, was defined in 1950 by Pope Pius XII: "The body of Mary, the virgin Mother of God, was incorrupt and had been taken up into Heaven to be in keeping, not only with her divine motherhood, but also with the special holiness of her virginal body."

In the third chapter of Genesis, God commanded Adam and Eve not to eat the fruit of the tree of life. The Serpent then tempts Eve to break God's command, and she does so, and Adam follows.

Mary is foretold as the New Eve when God tells the Serpent, "I will put enmities between thee and the woman, and thy seed and her seed: She shall crush thy head, and thou shalt lie in wait for her heel."

There is enmity, or intense hatred, between the woman and Satan — and the woman is undeniably Mary and her seed is obviously Jesus, and this extends to His followers (all Christians).

I will put enmities between thee and the woman, and thy seed and her seed: She shall crush thy head, and thou shalt lie in wait for her heel.

This is why St. John, in his Gospel, consistently refers to Mary as "woman." He never actually ever mentions her name.

Biblical typology also reveals Mary as the New Ark of the Covenant, which is a key element to the Marian Dogmas.

In the New Testament, Jesus, Moses and Elijah — during the transfiguration — speak of His "departure," which He was yet to accomplish. Departure in Greek means "exodus." This is why Jesus is referred to as the New Exodus, for He frees His people from the slavery of sin. In the Old Testament, right after the Israelites were freed from Egypt during their Exodus, God commands them to make the ark.

The ark of the covenant in the Old Testament contained in it the very presence of God — this is why it was not touched even when it was being carried; it was sacred. Priests carried the ark through the Jordan River, and it was taken into victorious battles like at Jericho. The ark was so holy that the priests carried it with poles so they would not touch it.

When David brought the ark to Jerusalem, the oxen helping carry the ark stumbled so a man named Uzzah "put out his hand to the ark of God and took hold of it." Because he touched the ark, this angered the Lord, so "God smote him" and Uzzah "died there beside the ark."

R.C. Sproul, a famous Presbyterian Pastor, says this about Uzzah and the ark:

In the Old Testament, the ark was held in the highest regard because of what it contained (Hebrews 9:4):

In the New Testament, Mary contained in her:

The Old and New ark are paralleled even more as seen in 2 Samuel 6 and the first chapter of St. Luke's Gospel.

When the ark of the Lord came, David was leaping and dancing. Likewise, When Elizabeth heard Mary's voice, the babe in her womb, John the Baptist, also leaped for joy.

Both David and Elizabeth felt unworthy. David questioned, "How can the ark of the Lord come to me?" Elizabeth also questioned, "Why is this granted me, that the mother of my Lord should come to me?" This language is virtually the same — as "ark" and "mother" are perfectly interchangeable.

Both arks also stayed in each house for the same length of time. "As the ark of the Lord remained in the house of Obededom three months," so too did the New Ark: "Mary remained with her (Elizabeth) about three months."

Both houses were also blessed: "[A]nd the Lord blessed Obededom and all his household." Elizabeth's house was also blessed as she told Mary, "Blessed are you among women, and blessed is the fruit of your womb!"

Finally, both Old and New Testament arks were also overshadowed by the Spirit of the Lord.

In the New Testament, the angel Gabriel tells Mary, "The Holy Spirit will come upon you, and the power of the Most High will overshadow you ... ." (Luke 1:35)

In the book of Revelation, Mary as the New Ark of the Covenant is even more revealed as, "God's temple in Heaven was opened, and the Ark of His covenant was seen within his temple."

One verse later: "A great portent or sign appeared in Heaven ... that sign ... a woman clothed with the sun, with the moon under her feet, and on her head a crown of twelve stars." This woman was also with child, a male child, who is to "rule all the nations with a rod of iron." 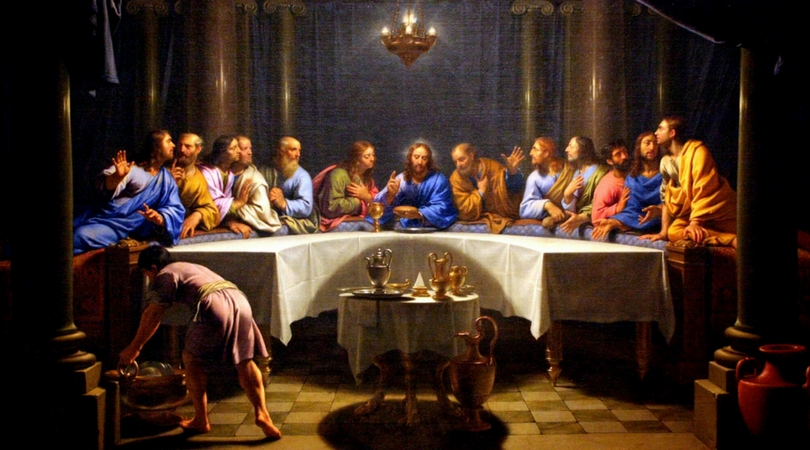 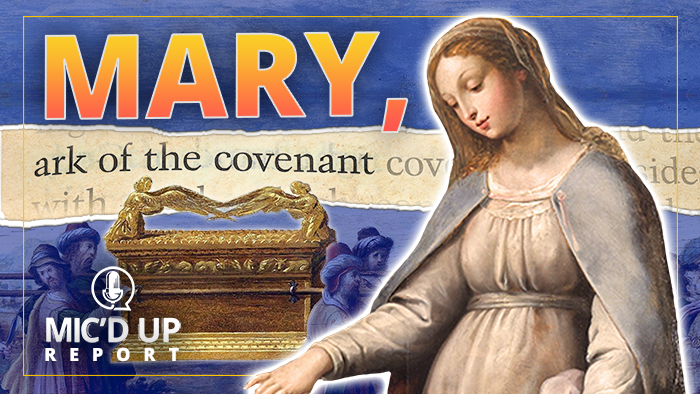