Mary Most Pure Invoked Against Impurity 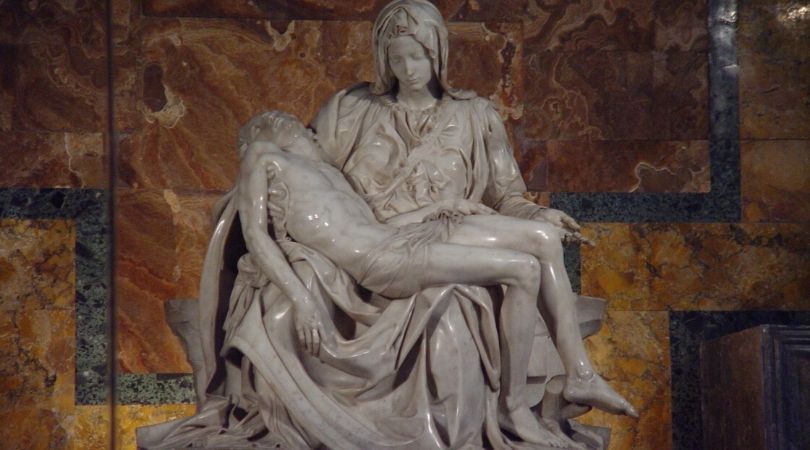 MAPLEWOOD, N.J. (ChurchMilitant.com) - The Blessed Virgin Mary's intercession will be solicited through the Rosary on Wednesday when Catholics peacefully assemble to protest a pro-LGBT talk to be given at a New Jersey parish.

Named after the Virgin Mary's most chaste spouse, St. Joseph Catholic Church in Maplewood, New Jersey will host Jesuit Fr. James Martin for a talk on "Reaching Out to Our LGBT Brothers and Sisters."

Father James Worth, the pastor of Saint Joseph, has been advertising the event in the parish bulletin, the most recent promotion appearing on Sunday.

Under the title "Open Arms Prayer Meeting," the announcement reads: "February 12 at 7 p.m. in the Church, Fr. James Martin, SJ will present Building a Bridge with our LGBTQ community. All are welcome to this free event. Please tell your family and friends about this important presentation. Goodwill offering accepted."

"Open Arms Ministry" is an "LGBTQ prayer group" at the parish, according to a recent parish bulletin, which stated:

I am inviting any parishioner who is interested in joining our LGBTQ prayer group to contact Fr. Jim either through his office or by e-mail. It is a caring, non-judgmental support ministry for those with same-sex attractions and those who know and love them. We are assembling a list and will set up a meeting date in the near future.

Tradition, Family and Property (TFP) is encouraging Catholics in the area to attend the Rosary rally that will take place outside St. Joseph on Wednesday.

The rally begins at 6:30 p.m. in front of the church on the public sidewalk.

There is no group of people in the Church so relentlessly excluded, marginalized and persecuted as LGBTQ people.

Martin's talks, writings and social media activity are based heavily on a pro-LGBT platform.

His first tweet on Monday morning was a thread on his claim that LGBT people are "persecuted" in the Catholic Church.

"There is no group of people in the Church so relentlessly excluded, marginalized and persecuted as LGBTQ people," he said in the thread.

Two priests in two separate parishes (US and Canada) attack transgender people, one talking about a "crime." There is no group of people in the church so relentlessly excluded, marginalized and persecuted as LGBTQ people. They have to listen to this even in homilies on Sundays. https://t.co/zckXjoUyRM

Martin took to Facebook on Thursday to decry President Trump's speech at the National Prayer Breakfast the same morning:

The President's speech at the National Prayer Breakfast was disgusting. Self-serving, mean-spirited and targeting his "enemies," it was the opposite of prayer. At the heart of the believer's relationship with God is a profound humility before the Lord. And at the heart of the Christian's relationship with Jesus Christ is a profound reverence for his teachings, including "Love your enemies and pray for those who persecute you" (Mt. 5:44). And the last place that one should flaunt one's vanity or ignore Jesus's teachings is in the setting of prayer. Catholic leaders should boycott this event in the future if it continues in this vein. Because it is no longer the occasion for prayer with the President, and is no longer prayer in any meaningful way, but is an exercise in spite, contempt and vanity.

Some Catholic bishops called out Martin in October 2019 for challenging the Deposit of Faith by questioning the inerrancy of Sacred Scripture.

Martin responded with a thread on Twitter, one of the tweets reading: "I said that Professor Wink's short article about biblical criticism was 'interesting' (which it was) and was thus lambasted by Catholics who excoriated me for not accepting the 'inerrancy' of Scripture. News flash: Catholics are not biblical fundamentalists. Cf: "Dei Verbum."

For more information on the Rosary rally, e-mail protest@tfp.org.