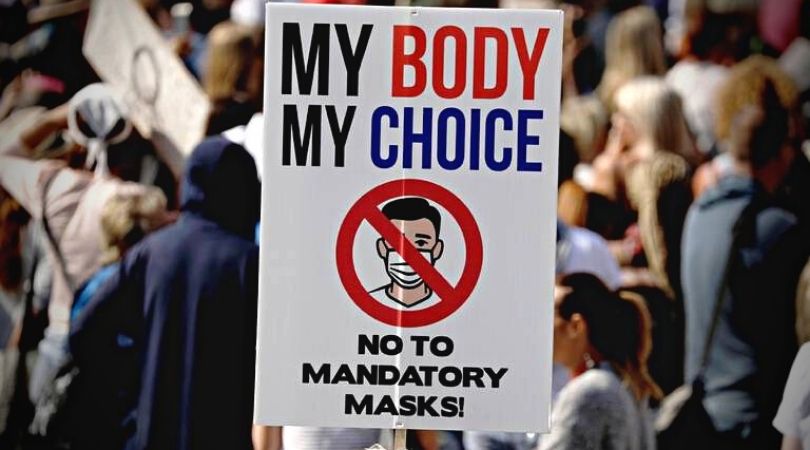 LARAMIE, Wyo. (ChurchMilitant.com) - Students across the country are fighting back against excessive COVID restrictions, which are on full display in the case of a 16-year-old Wyoming student who was arrested for not complying with a mask mandate.

On Tuesday, Grace Smith recounted to Fox News the events surrounding her arrest by Laramie city police on Oct. 7 at Laramie High School (LHS). Her arrest stemmed from her refusal to wear a mask as mandated by the Albany County School District.

"I wanted to go back to class just so I could learn. I never thought they would actually arrest me," admitted Smith. "Honestly, it really surprised me to see them put me in cuffs and take me to jail."

The teen asserted she would go maskless again but insinuated that, right now, it isn't safe to attend school: "There have been threats to my family, and there was a threat of a school shooting last week, so I won't be returning any time super soon."

School officials deemed the straight-A student a "threat" to everyone's health for her refusal to wear a mask. The administration, on the day of Smith's arrest, put the school on lockdown for an hour and a half, issued her a two-day suspension and charged her a fee of $500 for trespassing. Smith still refused to leave, however, which prompted the school to call local police, who then arrested Smith at school. Video reveals that the student remained calm and respectful toward the officers at all times.

Smith has been fighting the Albany County School District's mandate that took effect on Sept. 8. The day after the school district issued the mandate, she received a morning suspension for attending class at LHS sans-mask. Inspired by the nationwide walkout movement, the teen got 80 like-minded students to walk out of class at 10 a.m. on Sept. 10. Additionally, 30 parents showed up to protest the same day.

It's not just her: She's doing it for the civil liberties of every individual.

The youth's supportive father, Andy Smith, sees his daughter's fight as part of a larger battle. "I'm just so stinking proud of this girl for standing up for herself," the father opined. "It's not just her: She's doing it for the civil liberties of every individual."

Students across the country are fighting similar battles against schools issuing COVID-related edicts.

"If the school cared about our health, they would cancel all of the massive football games ... [and] private donor events [and] ask anyone visiting our campus their vaccination status — not just tuition-paying students and faculty," related Reichardt.

On Sept. 30, Colorado State University emailed students who did not submit proof of vaccination or request an exemption, warning, "If you are found on university property or in any university building, you may be cited or arrested for trespassing and face further disciplinary action."

Students across the country are fighting similar battles against schools issuing COVID-related edicts.

The university has some of the strictest COVID-19 regulations in the country, despite a relatively high vaccination rate of 88.8%.

Young Americans for Liberty, a youth libertarian organization with chapters across U.S. college campuses, is also fighting "unreasonable" vaccine mandates. In June, the group started its first petition at Virginia Tech, asserting that vaccines are "a personal and private decision." This petition is now a template for 23 schools across the country.

At the end of September, a middle-school-aged student in Virginia slammed the Loudoun County School Board over masking. Noah Rafalski told the board he thinks it's a crime and that the orders are "making people go nuts." He reportedly gets dizzy spells and headaches each day at school from wearing masks and doesn't understand why the mandate is still in place. Rafalski's parents supported his decision to speak out.

Smith's family and peers, meanwhile, have been openly supportive of their daughter's bravery. Her parents, Erin and Andy, told the Epoch Times they believe God is using their daughter for a higher purpose:

It's been so amazing to witness this young lady's grit and tenacity to rise up and stand for what is right. ... We are humbled by God seeing Him use this young lady and this situation for His glory, as if He is saying "See! This is why I made Grace the way I did! My plan and My purpose for Grace is to impact the world."

Smith runs the risk of sacrificing her junior year altogether. School suspensions that total 10 days are grounds for expulsion. She's already been suspended for six days.

The mask mandate that Smith violated was supposed to end Oct. 15. The school district told Church Militant that as per its vote on Wednesday night, the mandate is now extended through Nov. 12. 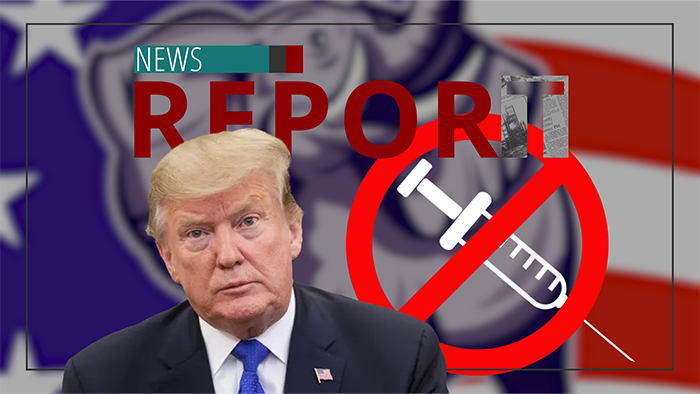