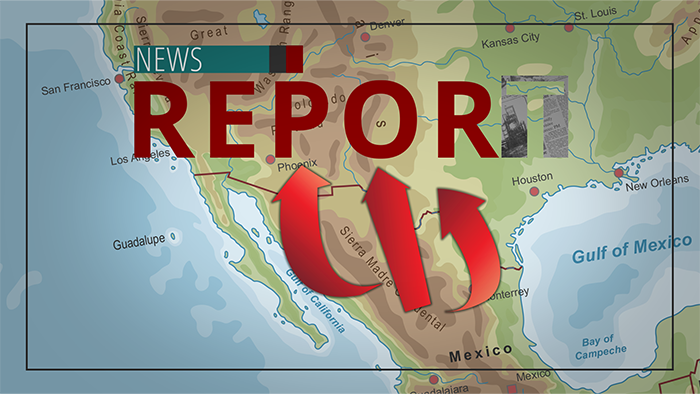 Democrats in Congress are maneuvering to vastly expand amnesty for illegal immigrants. In tonight's In-Depth Report, Church Militant's David Nussman gives us a look at these latest political machinations.

Democrats on the House Judiciary Committee have slipped major amnesty measures into their party's $3.5 trillion budget reconciliation bill. Some of the provisions the committee approved Monday would create a pathway to citizenship for an estimated 8 million illegal migrants living in the United States.

It needs a simple majority to pass the Senate — and opponents aren't able to filibuster. The United States Conference of Catholic Bishops is supporting the move, with the Committee on Migration releasing a laudatory statement Wednesday: "We are pleased that the House Committee on the Judiciary has taken this important step," commented Washington, D.C. auxiliary bishop Mario Dorsonville, migration committee chairman.

Bishop Mario Dorsonville: "Most of the time, when we speak about people coming as migrants, it's not anymore 'migrants' [sic] — all of them are 'refugees' in some way."

But, as Breitbart reports, some of the immigration measures will empower corporations to import from overseas countless white-collar workers — instead of hiring American college grads. Kevin Lynn, founder of U.S. Tech Workers, argues that Democrats who back these changes prioritize foreigners over U.S. citizens.

Lynn and his organization are keenly focused on employment for Americans.

Kevin Lynn: "We're hearing that they can't find Americans to do these jobs. Ladies and gentlemen, that is rubbish!"

One section of the bill enables the secretary of state to exempt those who qualify from "numerical limitations" on how many green cards are issued annually.

The U.S.-Mexico border remains a dangerous mess, as it has been ever since Joe Biden took office.

Brian Hastings, Border Patrol, Rio Grande Valley Sector: "For us to provide national security, we need to know who and what is coming across our borders. When I have to pull 40% of my manpower from that national security mission, I have gaps."

Border Patrol reported 200,000 arrests at the southern border in July — the highest number seen in 21 years.

Alejandro Mayorkas, U.S. secretary of Homeland Security: "We are encountering an unprecedented number of migrants in-between the ports of entry at our southern border."

As the Democrats aim to reshape America through mass migration, Republicans in Congress are not able — or not willing — to stand in the breach.