BOSTON (ChurchMilitant.com) - A group of Massachusetts physicians is condemning assisted suicide following a proposed measure to legalize the practice.

On Wednesday, about 25 doctors spoke out at the State House press conference in Boston at noon. Three physicians released statements before the conference, mentioning their reasons for opposing the Massachusetts Medical Society (MMS) House of Delegates' decision in December to adopt a "neutral engagement" position on assisted suicide. MMS' official position resisted the practice since 1996, arguing assisted suicide "would ultimately cause more harm than good" and is "fundamentally incompatible with the physician's role as healer."

"The surrender by the Massachusetts Medical Society — America's oldest medical association —in the matter of physician-assisted suicide, which is to say, nominally consensual euthanasia, is appalling, but unsurprising, " said C.J. Doyle, Executive Director of a Massachusetts Catholic group, Catholic Action League of Massachusetts, in remarks to Church Militant.

Free clip from CHURCH MILITANT Premium
WATCH FULL VIDEO
Doyle continued, "If doctors are willing to violate their Hippocratic oath to kill unborn children, then no one should find it incomprehensible that they are also willing to kill the elderly, the disabled, and the terminally ill."
The proposed bill would provide an exemption to doctors who help terminally ill patients kill themselves. Dr. Tom Sullivan, past president of MMS, led more than 20 physicians into the State House on Tuesday to press legislators to oppose the bill. Sullivan says physician-assisted suicide, which is referred to as "Medical Aid in Dying" by supporters, breaks the "sacred trust" between doctors and patients.
This is not giving the patient the right to die. It is giving the doctor the right to kill.
The bill, which is called by pro-life advocates "An Act Relative to End of Life Options," allows terminally ill patients access to lethal doses of medication after doctor consultation. It was proposed by Massachusetts Sen. Barbara L'Italien (D-Andover) and supported by legislation from Massachusetts Rep. Louis Kafka (D-Stoughton), but the bill is under the review of the Joint Committee on Public Health and could be legalized this month, according to the communications director for the opposing doctors.
Sullivan insisted policymakers should be concerned with the comfort of the patients through hospice or palliative care rather than suicide. "I've been practicing 'medical aid in dying' for 40 years — you find it in hospices, compassionate care, and palliative care, not assisted suicide," he remarked. "What would a legislator know about taking care of dying patients? A great majority of doctors don't want any part of this."
Dr. Mark Rollo, a Fitchburg-based family practice physician and MMS member, observed that the decision in December was the wrong one and argued against legalizing suicide. In comments to the Washington Free Beacon, Rollo said, "This is not giving the patient the right to die. It is giving the doctor the right to kill. We are mandated by this current bill to transfer a patient to someone else. I don't want to be complicit in killing a patient."
He thinks that insurance companies will try to save money by denying protection for expensive treatments in favor of providing security for physician-assisted suicide.
"Massachusetts likes to, rightly, in many ways think of itself as protecting vulnerable people," he noted. "But this legislation will steer vulnerable people towards suicide."
Sullivan and other past MMS presidents spoke out against the neutral position of MMS and lobbied to have conscience protections for any doctor against the practice included in the bill; however, the present bill requires doctors to refer terminally ill patients to physicians willing to euthanize.
A palliative care physician, Dr. Laura Petrillo, has witnessed the shift in the medical community regarding consensus on physician-assisted suicide to California's legalization of hospice, pain management and palliative care for dying patients.
Explaining her position against assisted suicide, Petrillo insists:

Despite working across the aisle with proponents to try to achieve the safest possible implementation in California, I still believe the safest thing is not legalized assisted suicide in any form. Physician-hastened death is not limited to the extreme cases of suffering. In many cases[,] patients are experiencing existential dread or fear of having a bad end of life outcome … it is the fear of pain, rather than the pain they feel at the time. A lot of the reasons patients give for physician-hastened death could be addressed by good quality hospice and palliative care.

Dr. Henry Dorkin, president of the MMS, said, "In assuming the term 'neutral engagement,' the House of Delegates stipulated that the MMS ... will support patient and physician shared decision making regarding medical aid-in-dying, provided that physicians shall not be ... prescribing lethal doses of medication if it violates personally held ethical principles."
This is not giving the patient the right to die. It is giving the doctor the right to kill.
Assisted suicide has the wide support of the U.S. population, including 73 percent of Americans supporting euthanasia, according to a June Gallup Poll. Petrillo thinks most Americans do not consider the realities of assisted suicide. Most patients who choose physician-assisted suicide are not experiencing intense pain but fear a physical and mental decline.
"People are dissatisfied with the status quo. Rather than thinking of developing the slow, difficult path of developing comprehensive palliative and hospice care systems — training people and opening up clinics, none of that is easy," she commented. "A pill that can end someone's life is easy."
Doyle concluded with staggering statistics on how physician-assisted suicide could have taken hold in the Catholic-majority state of Massachusetts: 58 percent in favor and 24 percent opposed, according to a 2012 poll from Public Policy Polling.
"Today, the Commonwealth is, at best, about 44 percent Catholic," Doyle told Church Militant. "Of those 90 percent do not attend Mass, and, perhaps, somewhere between 95 and 99 percent do not receive the sacrament of Penance."
He continued, "It is likely that as many as four fifths of baptized Catholics, who have not left the Church, reject fundamental Catholic moral teaching." 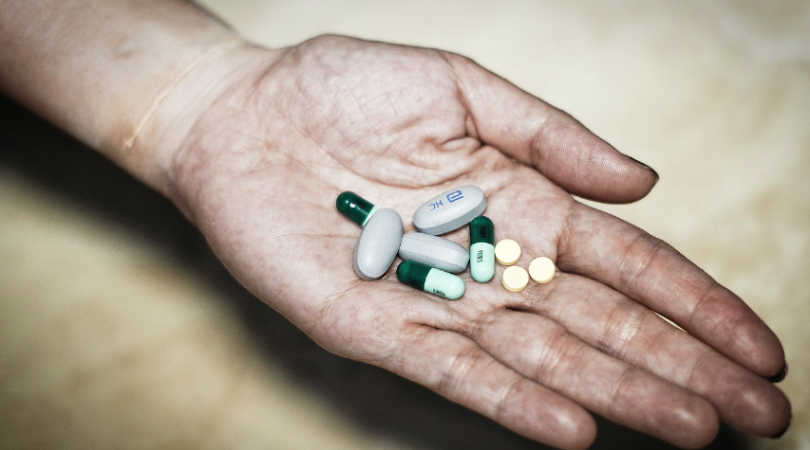