BOSTON (ChurchMilitant.com) - Governor Charlie Baker of Massachusetts is opening up public showers, locker rooms and bathrooms to members of the opposite sex.

Any public accommodation including ... goods, services, or access to the public that lawfully segregates or separates access … based on a person’s sex shall grant all persons admission to and the full enjoyment of such public accommodation ... consistent with the person’s gender identity.

Massachusetts Family Institute (MFI) issued a statement Friday in opposition to the law. In the statement, MFI holds,

Governor Charlie Baker has opened the door for predators to enter public bathrooms, locker rooms and showers and to abuse this vague legislation. Even in the absence of outright abuse, this bill violates fundamental rights of privacy by enforcing a new "right" for men to shower with women against their will.

MFI expressed concern the law employs a definition of gender identity that is "extremely broad and ripe for abuse" which "would even allow a registered sex offender to use the law to gain access to the locker room or showers of the opposite sex."

Due to the senate's version of the law, the state attorney general must advise law enforcement on how to deal with perpetrators who fraudulently claim gender identity for an "improper purpose."

According to MFI, parents can no longer protect their children:

What is equally disturbing is that, under this new law, parents will face criminal prosecution for trying to protect their children, and business owners could be fined or even jailed just for putting up a sign deemed offensive to transgender activists.

But advocates of the law point out that it requires the Massachusetts Commission Against Discrimination to create guidelines to help businesses comply with the law.

Referring back to Baker's 2010 gubernatorial campaign where he derided the transgender bathroom bill, MFI notes, "Governor Baker has broken his original campaign promise to veto the bill." Gov. Baker acknowledges his switch, but claims there has been "a lot of dialogue and a lot of conversations with a lot of people on both sides of the issue."

Massachusetts is following the lead of the Obama administration, which broadened the definition of the term "sex" from its original meaning of an unchanging reality of a person's biological sex at birth to a fluid concept of so-called "gender identity" that can be chosen at will.

In April, federal judge Paul Niemeyer, discontented over such an expansive interpretation of the word "sex" by the Obama administration in Title IX legislation, expressed his frustration over transgender bathrooms in schools in his dissenting opinion:

This holding completely tramples on all universally accepted protections of privacy and safety that are based on the anatomical differences between the sexes. ... This unprecedented holding overrules custom, culture, and the very demands inherent in human nature for privacy and safety, which the separation of such facilities is designed to protect. More particularly, it also misconstrues the clear language of Title IX and its regulations.

23 states are now suing the federal government to keep the concept of biological sex normative in their guidelines pertaining to student's use of school bathrooms.

With Gov. Baker's signature, Massachusetts has become the 19th state to replace "biological sex" with "gender identity" pertaining to public use of restrooms and locker facilities. 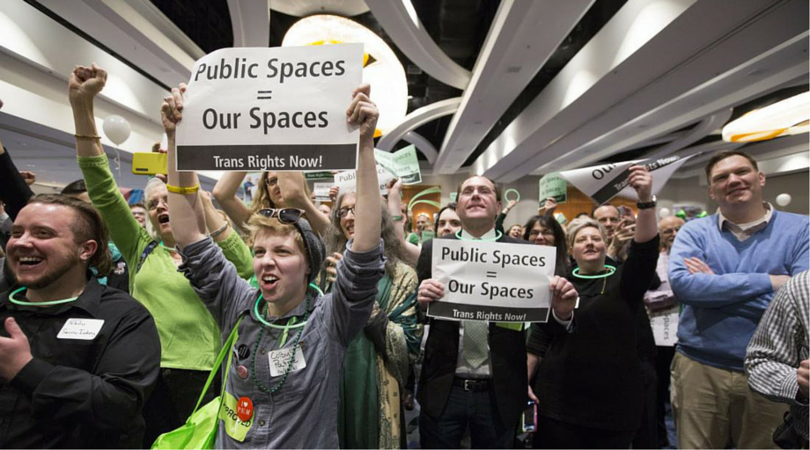 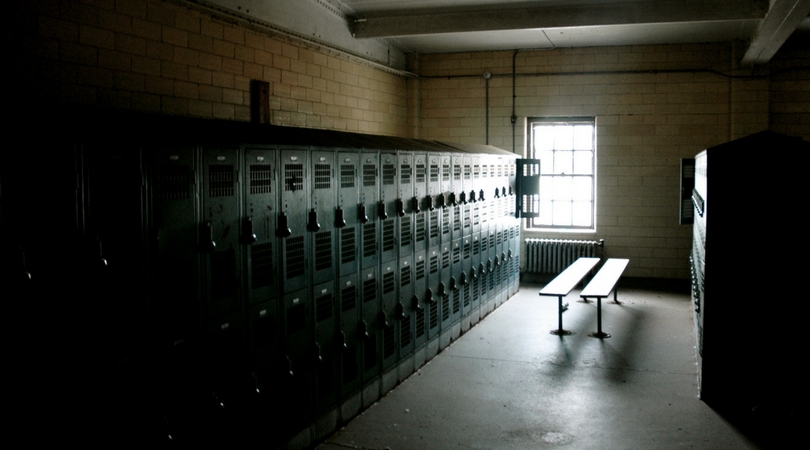