SEOUL, South Korea (ChurchMilitant.com) - Signs are emerging that Catholicism in South Korea — the "Asian Tiger of the Church" — may be headed for trouble.

The Catholic Church in South Korea is a stand-out — robust and widely respected both inside and outside the country.

Eleven percent of the nation's population is Catholic. Since 2000, the number of faithful has grown by almost one third, to roughly 5.7 million. Thousands of adults are baptized every year, many of them converts from Buddhism.

Vocations are flourishing. From 1960–2010, the population of South Korea doubled. The number of priests, meanwhile, grew by twenty-fold.

The country exports priests and religious to countries across Asia and Europe. In 2017, more than a thousand South Korean priests and nuns were stationed abroad.

Additionally, Catholics occupy positions of prominence in South Korean society. One in four members of Parliament belong to the Faith, for example, and last year the country elected its second Catholic president, Moon Jae-In.

The state of the Church in South Korea is a contrast to the largely declining Church in the West. But new figures from the Catholic Bishops' Conference of Korea suggest a quiet loss of vigor may be underway.

As a whole, the country's millennials are abandoning religion in droves, with less than one third of young South Koreans expressing any form of faith.

The Church is not unaffected by this trend. Since 2008, its rate of growth has been declining. In the past few years, drops in Church marriages and participation in confession have been recorded. Mass attendance is waning, with a fall of almost 20 percent from 2016–17.

The country "is seeing prodigious economic development," he explains. "Today for us there is the passage to abundance and even to wealth."

Likewise, Yoon Seung-yong, a director with the Korea Institute for Religion and Culture, warns South Korea's religious devotion will be "difficult to sustain."

We must react with a deeper and more personal Christian formation, and we are asking the Christian world ... for the aid of prayer.

"The segments that are most sensitive to social change — especially young and highly educated people — are favoring worldly values over religious ones and leaving their faiths, which has resulted in a gradual aging trend for the religious population," he says.

Adding to the challenge is a widespread contraceptive mindset, which threatens to breed demographic collapse.

"The low birthrate is a problem for the Church," confirms Fr. Paul Yoo, pastor of Seoul's Hongje-dong Catholic Church.

Though abortion remains illegal, South Korea's birth rate is one of the lowest in the world.

In 2017, the country recorded its lowest fertility rate on record, with 1.05 births per woman — half the rate needed to keep the population stable, 2.1.

Births are at an all-time low, while deaths have reached an all-time high. Last December, deaths outnumbered births for the first time.

Women who choose to have children are doing so at later ages. In 2017, the average age at which mothers gave birth to their first child climbed to 31.6 — the oldest in the world.

Since 2008, the South Korean government has funneled $70 billion into pro-natal campaigns, but still, the rate continues to decline.

"This generation has a different culture and habits," says one government statistician. "And for the government to change their habits isn't going to be quick, it's going to take a long time."

Like the Church as a whole in the years immediately after Vatican II, enthusiasm and expectations are high for the Church in South Korea, but under an onslaught of materialism and contraception, cracks are appearing in the foundation.

Observing the trend, Fr. Paul says, "We must react with a deeper and more personal Christian formation, and we are asking the Christian world ... for the aid of prayer." 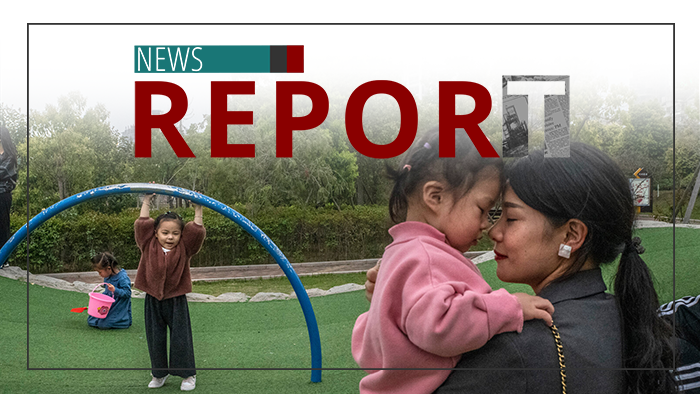 Socialism and Extinction
By Church Militant   •   0