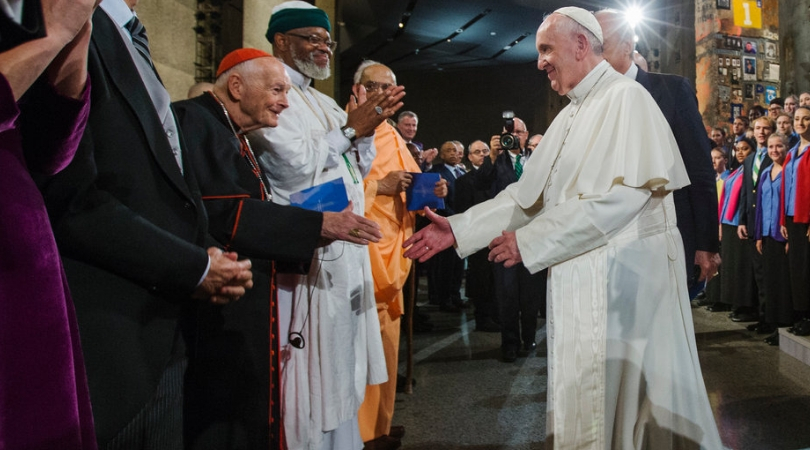 Key witnesses, victims and whistleblowers have not been interviewed

It has been a year since public and credible allegations were first made against the former Cdl. McCarrick, known now as just Theodore McCarrick.

Last year it was the archdiocese of New York that first made public the allegations against McCarrick, and since then, what has happened?

Why have primary (and still living) victims and witnesses of McCarrick's abuse not been interviewed by so-called 'Church investigators'?

Those senior clerics in the United States who have had continuous and direct contact with McCarrick — have they been interviewed? One person who should be interviewed is the former Cardinal-Archbishop of Washington, Donald Wuerl. Wuerl was the person who helped McCarrick find alternate accommodations in the Washington, D.C. area following sanctions placed on McCarrick by Pope Benedict. Furthermore, it was Wuerl who also arranged accommodations for McCarrick at a monastery in rural Kansas, where McCarrick now lives after being removed from the clerical state.

Therefore, the question remains, why hasn't Cdl. Wuerl been interviewed?

However, if we turn back and focus on McCarrick for the moment, there are a host of questions that remain unanswered. For example, has McCarrick's computer, cell phone and tablet, along with all of his emails, been examined? And if not, why not?

Who is gathering McCarrick's written correspondence? The Church, even in the modern world, has an extensive paper trail on file that is properly recorded within diocesan offices, including the Office for the Papal Nuncio to the United States, the Congregation for Bishops and the Secretary of State in Rome. Again, who is in charge of gathering this information for review and analysis?

But there is not — and why not?

Turning to various U.S. Catholic seminaries, especially those within the dioceses mentioned above, we know from public accounts that McCarrick would regularly visit these seminaries and invite young boys and young men to his beach house on the Jersey Shore and would sleep with them in the same bed. Who is looking into McCarrick's activities within these seminaries on the U.S. East Coast? Have any of these seminaries started or conducted any kind of internal investigation into previous allegations made by former seminarians or conducted any kind of review in relation to McCarrick's contact with them?

Like many other predatory priests in the past, such men had access to large sums of money, and McCarrick is no different. So who is conducting the financial audit and analysis of McCarrick's holdings? Who is conducting the all-important financial investigation into his activities? Who is examining the people who gave McCarrick large amounts of money and why? As well, who has McCarrick given money to and why? Does McCarrick still control or have access to these large sums of money ... and, if so, what is he doing with it?

During his time as a senior cleric within the Church, McCarrick was instrumental in promoting many bishops. All these records of those bishops appointed over the last 20-plus years need to be reviewed and those bishops themselves need to be placed under a higher level of scrutiny pertaining to their relationship with McCarrick.

Finally, there is McCarrick himself. Who has interviewed him? How many times has he been interviewed, and by whom? Does he still have access to communications? Is he currently in contact with people, and who are they?

The key witnesses, victims and whistleblowers associated with the McCarrick affair have not been interviewed.

As time waits for no one, the longer there is no action in pursuing a truly comprehensive investigation against McCarrick, it will become more challenging. Documents pertaining to McCarrick have already begun to disappear, be misplaced, lost or "accidentally destroyed," thus making a paper-based investigation more difficult. The key witnesses, victims and whistleblowers associated with the McCarrick affair have not been interviewed. Over time their recall and evidence will become more difficult in building a profile of McCarrick's deeds. However, their individual pain and trauma suffered at the hands of McCarrick will remain with them for the rest of their lives.

To date, McCarrick continues to proclaim his innocence. Officials in Rome have declared that they are looking into McCarrick's history. Then again, the amount of information and raw data that remains yet undiscovered within various diocesan offices as well as other locations is truly outstanding. The volumes of information not recovered and the long list of people who have not been interviewed in relation to the McCarrick affair remains the question everyone is asking: Why has the investigation into McCarrick not happened?

Father John Lavers led the 2012 investigation into various unethical and immoral activities by seminarians at a U.S. seminary and various dioceses.