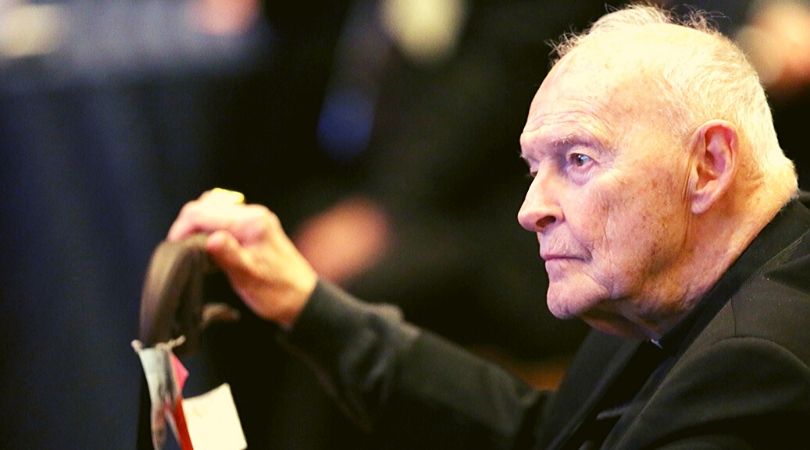 DETROIT (ChurchMilitant.com) - Sources tell Church Militant that disgraced former cardinal Theodore McCarrick has moved from St. Fidelis Friary in Victoria, Kansas to a residential facility in Jacksonville, Florida and has already been living there for a week.

Sources further add the facility may have connections to St. Michael's Catholic parish.

McCarrick's decision to move from the small central Kansas town to the Florida location was made in anticipation of increased media focus when the much-anticipated Vatican report on McCarrick's career is released, potentially as early as Saturday.

McCarrick's history of abusing minors and seminarians was made public in June 2018. Before the summer was over, McCarrick was no longer a cardinal and eventually no longer a priest, both actions coming at the express order of Pope Francis.

According to Catholic News Network reporting, in Feburary 2019, the Vatican's Congregation for the Doctrine of the Faith found him "guilty of the following delicts while a cleric: solicitation in the sacrament of confession, and sins against the Sixth Commandment with minors and with adults, with the aggravating factor of the abuse of power."

McCarrick is free to leave his new residence at any time.

When 17 bishops from Ohio and Michigan met with Pope Francis in December 2019, they asked about the McCarrick report. Bishop Earl Boyea of Lansing raised the issue, saying the report "was something that all of us were very interested in knowing where this was going."

While at St. Fidelis, McCarrick essentially agreed to be placed under house arrest. His movements were limited to the friary. He did not go to the adjoining Basilica of St. Fidelis. But in his new location, he will be within close vicinity of San Juan del Rio Catholic Church and School.

McCarrick is free to leave his new residence at any time.

As of press time, neither Felipe Estevez, bishop of the diocese of St. Augustine, where the residential facility is located, nor parish officials claim to know of McCarrick's move to their area.

Theodore McCarrick is the most senior Church official in modern times to be defrocked and is believed to be the first cardinal ever defrocked for sexual abuse.

Noted Catholic scholar Scott Hahn suggested that priests found guilty of such crimes should be excommunicated, not laicized. Because McCarrick is laicized, others might wonder why he is in a residential facility for priests.