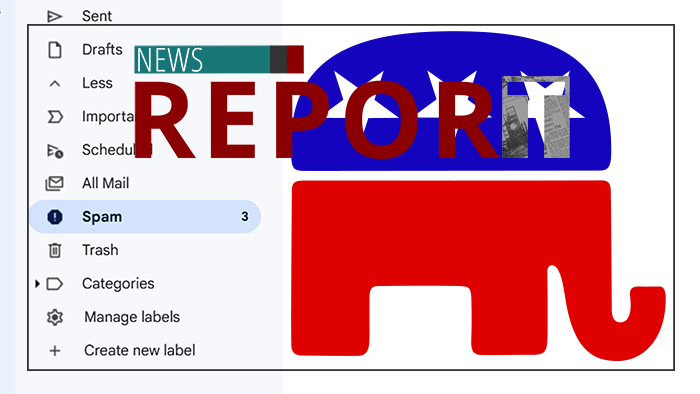 That change only comes after years of conservatives exposing Big Tech companies for their leftist bias and for interfering in political matters.

With the midterm elections one month away, the Republican National Committee (RNC) is accusing Google of suppressing critical campaign emails.

The Committee filed a complaint with the Federal Election Commission alleging Google is directing millions of election emails to recipients' spam folders.

Gmail is the tech giant's email service and is the most used email provider in the world — accounting for over half of all email addresses in the United States.

According to Republican officials, in the last three days of September, Google marked as spam over 22 million emails from the Committee.

Among the suppressed emails are GOTV — or get-out-the-vote — reminders and important end-of-the-month fundraisers.

Ronna McDaniel, chair, RNC: "It is obviously Big Tech putting their thumb on the scale once again against Republicans and for Democrats."

Committee Chairwoman Ronna McDaniel warned, "Big Tech bias is undermining the democratic process, and the RNC is exploring our legal options to put an end to this clear pattern of bias."

Ronna McDaniel: "It is obviously Google using their tools to hurt Republican candidates and suppress Republican fundraising and voting."