A Shock to Abuse Victims 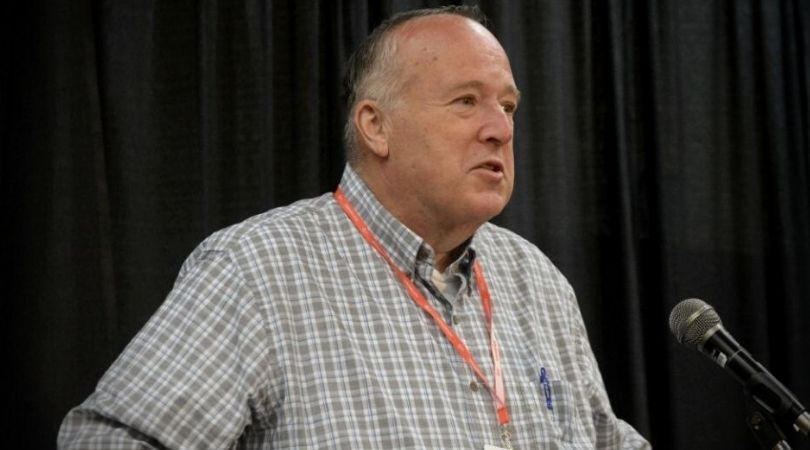 The announcement that Pope Francis chose to name San Diego bishop Robert McElroy a cardinal comes as a shock to many Catholics who were scandalized by McElroy's willingness to give Holy Communion to pro-abortion politicians.

However, it's especially a shock to sex abuse victims, because of his record of covering up for predator priests.

In 2014, abuse victim Rachel Mastrogiacomo reported to San Diego diocesan officials that North American College alumnus Fr. Jacob Bertrand ritually raped her at her home in Dakota County, Minnesota when she was 24 years old. When Mastrogiacomo discovered that McElroy did not remove Bertrand from ministry despite his having confessed to the ritual rape, she said that she felt like a "faithful little sheep in the flock that could just be raped and thrown out."

Even though Mastrogiacomo filed a criminal complaint against Fr. Bertrand in April 2016, it was not until five months later that McElroy removed Bertrand from ministry. When James Backstrom of the Dakota County District Attorney's Office contacted McElroy and the diocese of San Diego, he reported that the diocesan attorney claimed they "had no file related to an investigation involving Jacob Bertrand's alleged sexual acts."

Despite efforts on the part of McElroy and the diocese to claim plausible deniability, Bertrand pleaded guilty to criminal sexual conduct rather than face maximum penalties of 15 years in prison and $30,000 in fines.

I can personally attest to the fact that McElroy is a monster.

When asked to comment recently about McElroy's upcoming elevation, Mastrogiacomo wrote, "I can personally attest to the fact that McElroy is a monster." She is in possession of documentation that points to McElroy's attempt at covering up Bertrand's criminal assault and demonstrates how McElroy and his lawyers "refused to hand over key files that did, in fact, exist and remained completely uncooperative with the police throughout the entire procedure."

A joint Boston Globe/Philadelphia Inquirer report in 2018 documented how "more than 130 U.S. bishops" were accused of "failing to adequately respond to sexual misconduct in their dioceses." But McElroy stands out for having covered up for one of the most famous predators: Theodore McCarrick.

In 2008, the late Richard Sipe sent evidence to Church leaders involving predatory behavior by then-Cdl. Theodore McCarrick. He posted his communication to Pope Benedict XVI on his website.

After that, McCarrick was quietly sidelined for years — until the election of Pope Francis in 2013, when McCarrick began globetrotting with impunity.

After reading articles about McCarrick traveling to China and appearing in Rome, Sipe, a La Jolla resident within the diocese of San Diego, presented McElroy, on July 28, 2016, with much of the same credible evidence of McCarrick's sexual predation that he sent years earlier to Benedict.

Knowing that only Pope Francis had the canonical authority to discipline McCarrick, Sipe wanted McElroy to forward his report to the pope via the apostolic nuncio, Abp. Christophe Pierre. Sipe had McElroy legally served the documented evidence.

What the internal, whitewashed "McCarrick Investigation" of Nov. 10, 2020, failed to disclose was how McElroy, Pierre and Francis all covered up the incriminating evidence Sipe provided to them. Not only did McElroy cover up for McCarrick, so too did he cover up for Francis by not making it known whether he forwarded him credible evidence of McCarrick's predatory behavior.

McElroy is not the only cleric who has been offered "the red hat" after covering up clerical abuse.

Whistleblower and abuse victims' advocate, Fr. Thomas Doyle, O.P., was shown the door of the Vatican Embassy in 1985 after he coauthored a report documenting rampant clerical sexual predation. He was replaced by then-Frs. Blase Cupich and Timothy Dolan — who were both handsomely rewarded after covering up the same types of abuse cases Doyle had previously reported.

Some 20 years later, Doyle, who was serving as a U.S. Air Force chaplain and had been testifying as an expert witness at numerous abuse trials throughout the world, faced retaliation. His ecclesiastical endorsement was revoked by then-Abp. Edwin O'Brien of the archdiocese for the Military Services (AMS).

O'Brien, like Cupich and Dolan, was made a cardinal after he grossly underreported abuse to the John Jay Study. He also covered up for serial predator Navy chaplain John "Matt" Lee — who is now serving a 30-year prison sentence.

Many people believe that McElroy is being made a cardinal specifically to replace Cdl. Wilton Gregory of Washington, D.C., who will turn 75 in December this year. (Seventy-five is the retirement age for bishops.)

Both McElroy and Gregory are strongly pro-LGBT, both see no reason to deny Communion to pro-abortion politicians like President Joe Biden and both have been accused of protecting priests accused of sexual predation and other sexual misconduct.

Gregory's "internal investigation" of Msgr. Walter Rossi, accused of sexually harassing a former Catholic University of America student and violating celibacy by engaging in homosexual acts, was found by many to be a whitewash.

Rossi succeeded then-Msgr. Michael Bransfield as rector of the Shrine of the Immaculate Conception in Washington, D.C.

Bransfield's own abuse allegations involving a teenage boy were "investigated" and dismissed by Philadelphia's then-Cdl. Justin Rigali. That "investigation" of Bransfield, like the investigation of Rossi, was confirmed to have been a whitewash when Bransfield was later forced to resign in disgrace as the bishop of Wheeling-Charleston, West Virginia, after being charged with embezzlement and sexual abuse.

Gregory covered up alleged sexual harassment allegations involving Fr. Carter Griffin, the current rector of St. John Paul II Seminary, and Fr. Adam Park, who resigned in disgrace as NAC vice rector amid multiple allegations of sexual harassment and misconduct toward seminarians under his authority. Both Griffin and Park were ordained by McCarrick.

Most U.S. mainstream media outlets and bishop-beholden Catholic media sources have been silent about Pope Francis' purported cover-up of sex abuse in the archdiocese of Buenos Aires.

But an abuse victim like Rachel Mastrogiacomo is still able to identify with the sex abuse victims featured in Martin Boudot's documentary Sex Abuse in the Church: The Code of Silence. During an interview in a café in Buenos Aires, abuse victims recounted how then-Cdl. Jorge Bergoglio covered up their abuse, despite writing in his book On Heaven and Earth that sex abuse by clergy "never occurred in my diocese."

Pope Francis has yet to return to his homeland of Argentina. Some attribute this anomaly to a "constant threat on his life" owing to his record of covering up abuse, defending convicted predators like Bp. Gustavo Zanchetta and Fr. Julio César Grassi, and promoting homosexually active clerics like Msgr. Battista Ricca. Perhaps this is why Mastrogiacomo, after having been raped by Bertrand and revictimized by McElroy, concluded her thoughts on McElroy's elevation by writing, "If this promotion doesn't wake people up to Francis' filth, I’m not sure what will." 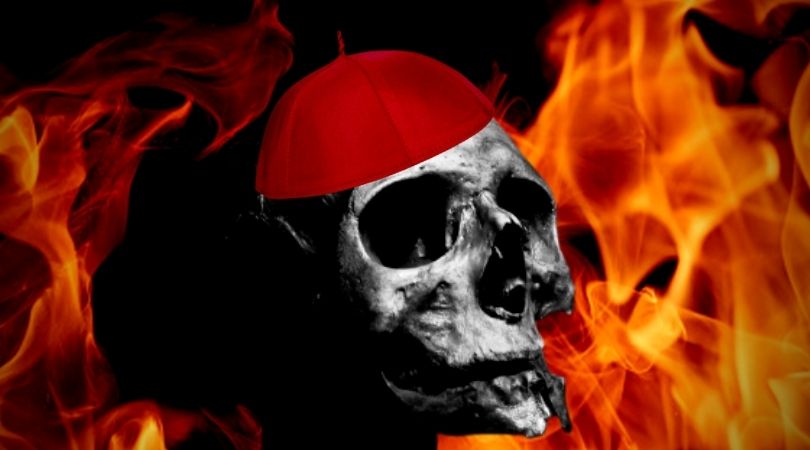