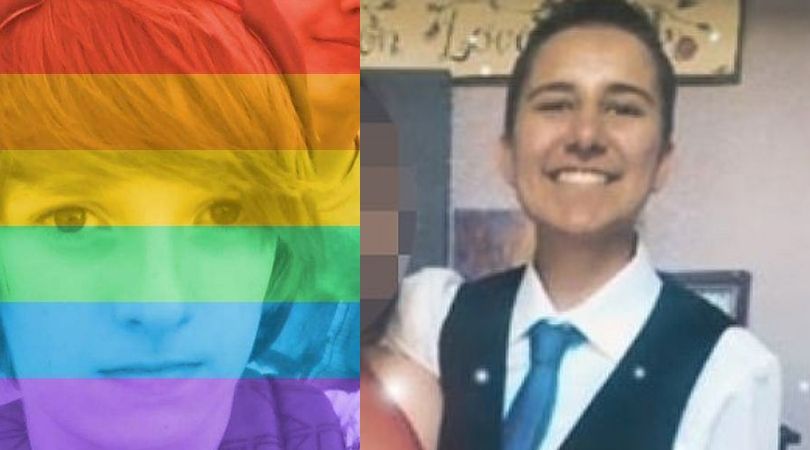 Conservatives are noting the relative blackout of media coverage following the identification of the perpetrators of the STEM school shooting in Colorado.

Unlike previous mainstream media coverage of school shootings that extended days if not weeks after the initial mayhem, reporting of the STEM School Highlands Ranch attacks on May 7 quickly faded from the headlines.

Erickson, it turns out, was an ardent detractor of President Donald Trump, wrote fondly of President Barack Obama and expressed disdain for Christianity. His vehicle had been painted with "666" and "F*** Society." Additionally, Erickson is gay, and his 16-year-old accomplice, McKinney, is transitioning her gender from female to male.

Erickson, it turns out, was an ardent detractor of President Donald Trump, wrote fondly of President Barack Obama and expressed disdain for Christianity.

As predicted by prominent conservative commentator Rod Dreher on May 8:

Watch the coverage over the next few days. It hardly needs saying — but I'm going to say it anyway — that these alleged killers do not represent all gays, allies, or non-Christians, any more than Christians or Muslims who shoot up or bomb places represent all in their religion. But it's going to be very, very interesting to observe how the media craft this narrative to explain what role the identities these two suspects embraced played in justifying their violent actions. As [Nobel Prize winning writer Aleksandr] Solzhenitsyn said, the line between good and evil runs down the middle of every human heart. What interests me most of all about anti-social mass violence like this is how the stabilizing center of our society is not holding. If you want to blame particular instances of deadly violence on the left, you can find evidence for that. If you want to blame it on the right, ditto. But the problem we're facing goes deeper than left-right, or religious-antireligious.

Dreher was referring to previous attempts by journalists to blame the behavior of violent criminals on their respective political and religious beliefs as happened, for example, immediately after the 2011 shooting of U.S. Rep. Gabrielle Giffords (D-Ariz.). In that instance, six people died and Giffords was critically wounded when Jared Lee Loughner opened fire on a small outdoor gathering outside a supermarket.

Immediately afterward, major media outlets reported Loughner was inspired by a Sarah Palin campaign map that depicted Giffords' congressional district in the crosshairs of a presumed weapon as well as overheated rhetoric from right-wing politicians, Rush Limbaugh and commentators on Fox News and conservative sites. However, Loughner's motivations stemmed mostly from his affliction with severe paranoid schizophrenia.

Likewise, neither Erickson nor McKinney fit easily (or at all) into the convenient narrative that exposure to right-of-center ideas triggers unbalanced adolescents into committing acts of violence. And, as noted by Dreher, there is no evidence to support their gender and sexuality had anything to do with their determination to steal weapons from a gun safe in Erickson's family home before initiating carnage against their classmates.

But whereas unhinged shooters with ties to right-of-center groups are immediately and inextricably joined together by an agenda-driven media, it seems the same media quickly grants a pass to individuals conforming to the left-of-center view that they are members of a victimized and oppressed minority.