The spotlight has turned on Sweden, after filmmaker Ami Horowitz's disturbing documentary on the rape crisis there, which neither media nor the Swedish government want to admit. With 67 rapes per 100,000 people, Sweden remains the rape capital of Europe — and it's directly linked to its high Muslim migrant population. 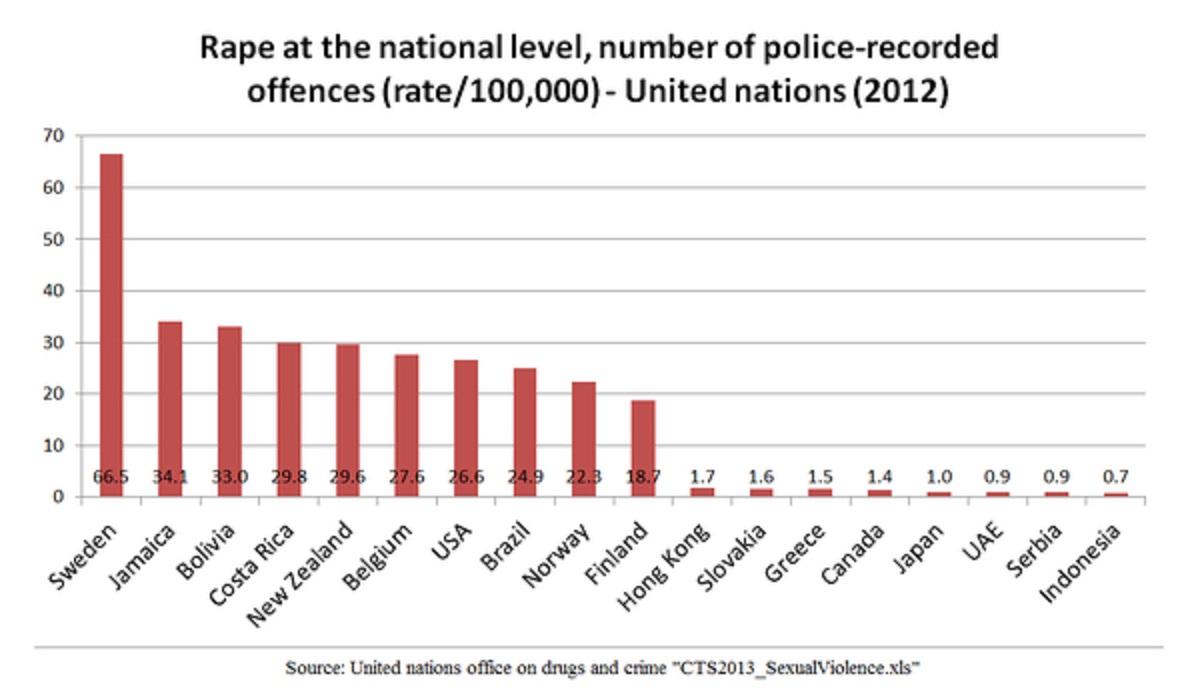 And these don't include the gangrapes that take place at outdoor music festivals, where hundreds of cases of sexual assault take place in which Muslims surround the target, isolate her and proceed to assault her.

Sweden, which prides itself on its humanitarianism, has taken in more migrants and refugees per capita than any nation on earth — but it's paying the price. It's in Sweden's interest to downplay the horrifying statistics — but the media is also getting in on the pro-migrant narrative, refusing to acknowledge the obvious.

Watch the panel discuss the disturbing trend in The Download—Fake News CNN.