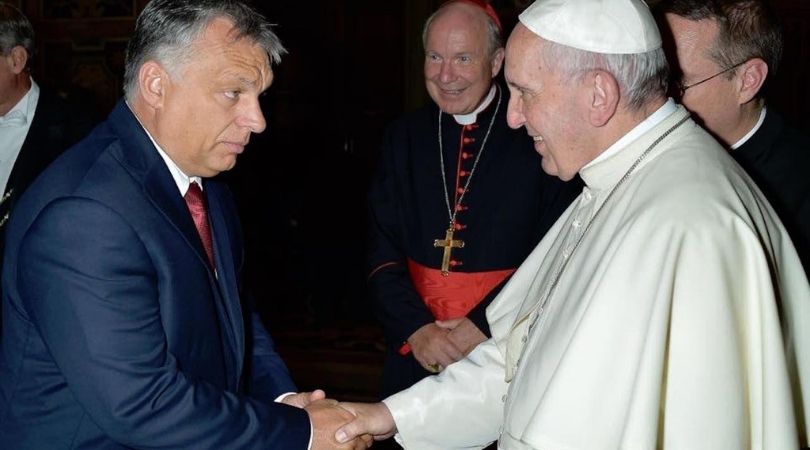 BUDAPEST, Hungary (ChurchMilitant.com) - In a dramatic reversal, Pope Francis has agreed to meet Hungary's conservative Christian rulers during his September visit to the International Eucharistic Congress (IEC) after Hungarian media shamed the pontiff's behavior as "anti-Christian."

Francis will meet Hungary's rulers before he celebrates the IEC closing Mass, a MKPK press statement revealed, dismissing as "untrue" the "rumor that the Holy Father would have excluded anyone from his program."

"We find it unfortunate that false information and misinterpretations of the Holy Father's program in Hungary, which is still being organized, have spread in local and international media," the bishops' conference remarked in a press release.

'Correct Protocol' for a Visit

Sources told Church Militant that bishops, diplomats and Vatican officials had worked tirelessly to persuade Francis to change his mind after the pontiff expressed reluctance to tour Hungary or meet its leaders, limiting his trip to a three-hour stop for Mass.

Instead, Francis was planning to cross the border and spend three and a half days in Slovakia — a move reported as "a gigantic slap in the face" of Orbán, especially as Hungary is Europe's only country whose rulers have resolutely supported persecuted Christians.

The Vatican is desperately trying to humiliate and punish a Christian country because they want to stay Christians.

Diplomatic efforts attempted to offer compromises — with one suggestion that the Holy Father would meet President János Áder, a Catholic, at the Museum of Fine Arts near Heroes' Square, where the pope will be celebrating Mass.

However, the proposal failed as others felt it would be correct protocol for the monarch of the Vatican to meet the Hungarian head of state at the presidential palace.

Sándor Palace is just five kilometers away from Heroes' Square, and prime minister Orbán's office is based in a former Carmelite monastery next to the presidential palace.

Interestingly, the thorny issue of Francis' meeting with the country's president or prime minister did not feature in the MKPK summer meeting held on June 1 and 2.

Noting Francis' grudge against Orbán for not bowing to the open borders policy advocated by the current pontificate, Bencsik added that if the pope believes that "Orbán and Áder made a mistake by not letting in the Muslim masses — and he considers this a sin — this is his sovereign decision."

Today, listening to some of the populist leaders we now have, I am reminded of the 1930s, when some democracies collapsed into dictatorships overnight.

"If Pope Francis wanted to gain forgiveness from Almighty God when his time came, it would be conditional on the pontiff forgiving Orbán," Bencsik quipped, quoting Jesus' words.

"The Vatican is desperately trying to humiliate and punish a Christian country because they want to stay Christian," the broadcaster — a supporter of Orbán's Fidesz Party —remarked.

Francis has been interpreted as slamming Orbán for claiming, "[A] fantasy of national-populism in countries with Christian majorities is its defense of 'Christian civilization' from perceived enemies, whether Islam, Jews, the European Union or the United Nations."

"Today, listening to some of the populist leaders we now have, I am reminded of the 1930s, when some democracies collapsed into dictatorships seemingly overnight," Francis said, implying the rhetoric of leaders like Viktor Orbán, Matteo Salvini and Donald Trump were comparable to "speeches by Hitler in 1934, 1936."

Last year, President Áder said he had invited Pope Francis to Hungary for the IEC and had visited the Vatican with the intention of inviting the pope to the grand event.

In 2019, the left-wing Jesuit publication America called upon Pope Francis to "send the clearest possible message that Hungary's right-wing populists don't have his support."

On his visit to Romania, the pope "is likely to issue a statement against Mr. Orbán’s anti-immigration laws, and he could use his homily to speak directly to Hungary's political leaders," America wrote, noting that "the whole world will surely notice, Viktor Orbán included."

On his return flight from Iraq to Rome in March, Francis told journalists he would "go to Hungary for the final Mass of the International Eucharistic Congress — not a visit to the country, but just for the Mass."

"But Budapest is a two-hour drive from Bratislava, why not make a visit to Slovakia?" he added, noting that "the journeys 'cook' over time in my consciousness."

Čaputová, a lawyer by profession, is a climate change activist who campaigned with Greenpeace, practices Zen yoga and supports abortion and same-sex relationships.

Pope Francis is scheduled to arrive on the morning of Sept. 21 at Ferenc Liszt airport, from which he will drive immediately to Heroes' Square in central Budapest to celebrate Holy Mass. After Mass, he is expected to leave for the Slovakian capital, Bratislava. 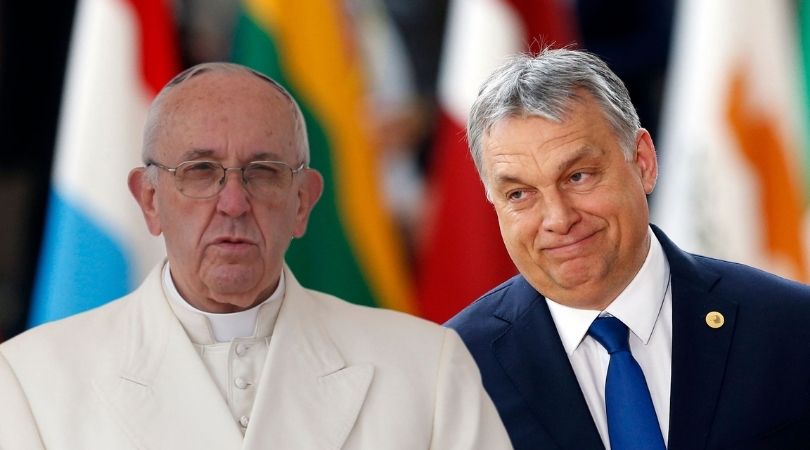 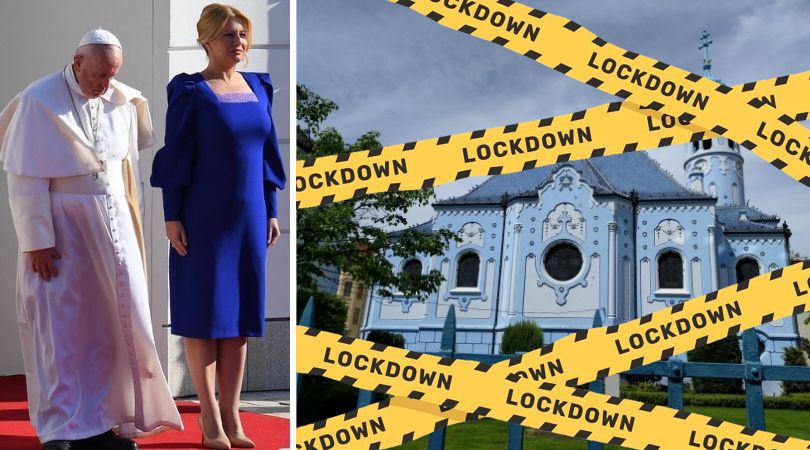