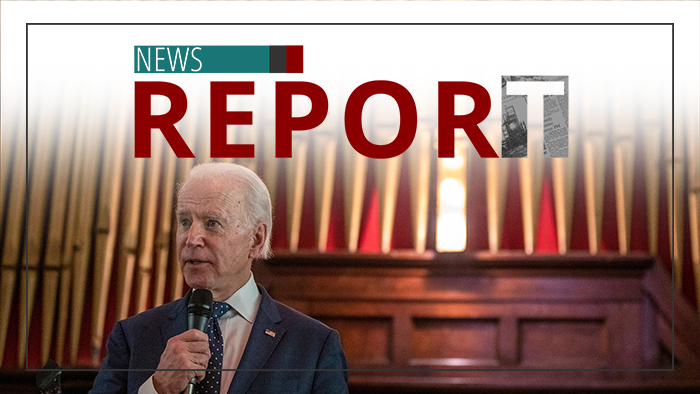 The mainstream media is celebrating Joe Biden's message of healing and unity — and crediting his phony Catholic faith.

The Washington Post is the latest media outlet to fawn over Biden's anti-Catholic message, which actually places him outside of communion with the Catholic Church.

Biden strongly supports same-sex "marriage" and presided over a so-called marriage of two men at his home in Delaware. He is a staunch supporter of the choice to kill preborn children in abortion. And he says there are at least three genders.

But the fact that Joe Biden is all-in with the Culture of Death doesn't deter the media mob from its agenda. After all, as this MSNBC anchor claims, any candidate claiming there are two genders is inciting hatred.

"Biden could redefine what it means to be a Catholic in good standing," the Washington Post claims, gushing that this Catholic is "less tied to doctrine."

But is this anti-life, anti-family Catholic the unifier and healer that he's touted to be?

Joe Biden was silent during the summer riots, looting and violence. He contributed to the Russia hoax and four years of media hysteria. He said nothing about the late-night comics relentlessly attacking the president. And when Maxine Waters told people to harass Trump supporters in restaurants, he was missing in action.

The bottom line is that Joe Biden does not accept essential teachings of the Catholic Church.

And this future president has displayed no semblance of being a healer or uniter for the nation.