#MeToo — in the Church

As the bishop, so the seminarian

As Cdl. McCarrick becomes the highest-ranking U.S. Church leader to ever be accused of clerical sex abuse, it should be noted that testimony from the 1980s and 1990s shows the cardinal was also reportedly corrupting seminarians for years. It matters little to such men that Pope Francis told Italian bishops in May that "if you have even the slightest doubt" about homosexuals being considered for seminary, then "it's better not to let them enter."

Corrupt formators of seminarians likewise would have disregarded a 2008 instruction from the Congregation for Catholic Education and signed by Pope Benedict XVI that directed seminaries to dismiss men who not only have "deep-seated homosexual tendencies" but also exhibit an "uncertain sexual identity." Of this latter group, the 2008 guidelines say of such men that their "path of formation will have to be interrupted."

Homosexual formators, unfortunately, are running many seminaries around the world. Such is the case in a Honduran seminary under the influence of Bp. Juan José Pineda of the archdiocese of Tegucigalpa. Two former seminarians came forward in March, insisting that Bp. Pineda had molested them while in the seminary. One man alleged Pineda, an auxiliary bishop of the diocese, had at night "came close to me and touched my intimate parts and chest." Other sources attest that the bishop also had a live-in relationship with a male assistant that was covered up by Cdl. Oscar Rodriguez Maradiaga, who was his archbishop at the time.

Watch the panel discuss the need to out gay and gay-friendly Church leaders in The Download: #MeToo — in the Church. 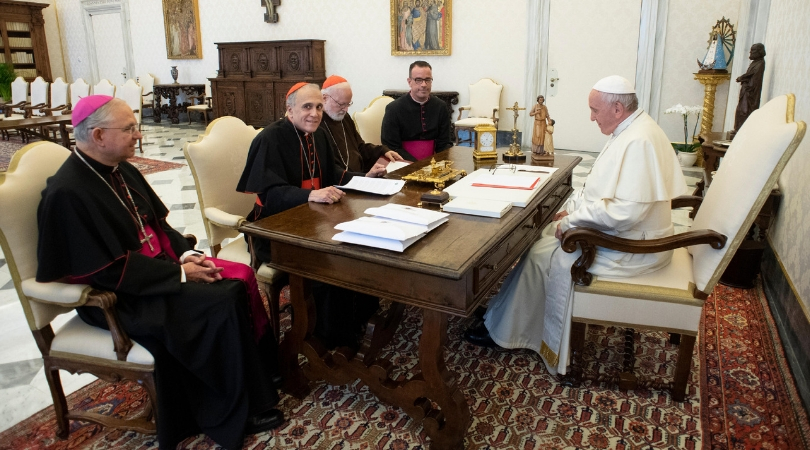