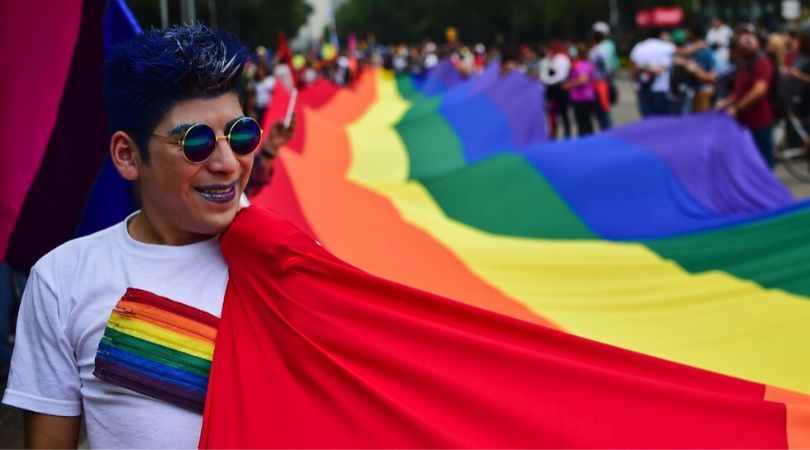 At a recent press conference, human rights advocate Rodrigo Iván Cortés, President of Mexico's National Front for the Family, declared that his organization and many others are utterly opposed to efforts by the Mexican government to mandate sex education for all children.

Cortés warned that Mexican Secretary of Government Olga Sánchez Cordero is trying to deny essential parental rights. "She is violating the sovereignty of the states and parental authority," he warned.

Secretary Sánchez Cordero formerly sat on Mexico's Supreme Court and remains a firm proponent of eliminating all protections for unborn children. She has been celebrated by Planned Parenthood and is also a proponent of LGBTQ rights.

"We want the Secretary to focus on the country's security and economy, which are fundamental for dealing what is happening to us now; it is clear that the government is trying to impose an ideology," said Cortés.

He was joined by Leonardo García Camarena of Mexico's National Parents Union. Aarón Lara, of Mexico's Citizen Initiative movement, said at the press conference that the Secretariat of Government should stop threatening the authority of Mexico's various states, while saying that the country's current socialist government is "assailing parental authority and children's education; children are not the property of the government."

Lara added, "We demand that Mexico's laws be respected" and that international treaties that guarantee parental rights should be observed. He called on Secretary Sánchez Cordero to stop "menacing those who don't agree with her."

The assembled elected officials said that Secretary Sánchez Cordero should not interfere in parental choices regarding education, while adding that they plan to use all political measures at their disposal to resist the national government's education policy.

Children are not the property of the government.

In a press release, the National Front for the Family noted that a bill has been introduced in the Mexican Congress to reform the country's constitution to acknowledge parental authority over children. Additionally, the legislatures of various Mexican states have also moved to reform the constitution of their respective jurisdictions. According to the release, at least two legislators who oppose the federal government's education policy have received death threats. It charged that the federal government has not sought to charge those making the threats.

The National Front for the Family and allied groups are demanding that parents be given the option of removing their children from sex education offered by the government at public schools.

A May 2020 release from the secretary of government claimed that reforms of the constitution or local education laws that would grant an opt-out for parents would "rob the government of its constitutional authority to define them." The agency said that a bill introduced in the state legislature of Nuevo León would "restrict the rights of boys, girls and adolescents to sexual and secular education."

The government stated, "One of the principal guidelines of public education in Mexico is secularism, which permits, among other things, respect for freedom of all religious and spiritual beliefs in order to base education on universal principles such as the dignity of all people and human rights." In a June 12 statement, the secretariat of government claimed that the legislative proposals to support parental rights are "illegal, unconstitutional and violate human rights."

In response, the various pro-family civic groups of Mexico say they want President Andrés Manuel López Obrador to honor the Universal Declaration of Human Rights, of which Mexico and other countries of the United Nations are signatories. According to Article 26, education is a basic human right, while parents "have a prior right to choose the kind of education that shall be given to their children."

Since taking office in December 2018, President López Obrador has taken Mexico into a decidedly cultural-Marxist direction. There are initiatives to eliminate restrictions on abortion, while LGBTQ ideology has been at the forefront of his government, even despite his country's continued inability to control violent narcoterrorist organizations such as the Cartel de Sinaloa, or answer for the thousands of murders of citizens by either police or drug cartels.

In a message to Church Militant, Cortés said he is firmly opposed to the sex education policy being promoted by the Mexican government, including the Secretariat of Foreign Relations:

The position of the government is extremely disturbing because it has given rise to ideologues (such as Secretary Sánchez Cordero) who are seeking to impose the worldwide gender and abortion agenda on young people. All the weight of the government has been brought down on those who refer to parental rights enshrined in the Universal Declaration of Human Rights.

Cortés also said that he is very concerned that the president's allies in Congress seek to silence dissidents by drafting legislation to prohibit so-called hate crimes and any therapy or coaching for persons seeking to avoid same-sex attraction.

In Spain, similar pro-family groups such as HazteOir.org and the Catholic bishops have come out firmly against the socialist government's sex education policy and laws that prohibit coaching or therapy for anyone seeking to avoid same-sex desires. A faithful Catholic, life coach Elena Lorenzo and her husband are facing thousands of dollars in fines and legal fees for offering their services to people who voluntarily seek to leave behind the homosexual lifestyle. In addition, Bp. Juan Antonio Reig Pla of Alcalá de Henares, a Madrid suburb, is facing a government investigation for allegedly violating LGBTQ laws.