MIAMI, Fla. (ChurchMilitant.com) - The archbishop of Miami is exonerating a suspected gay priest while accusing lay whistleblowers of bad behavior.

On May 16, a group of lay Catholics named Christifidelis — Latin for "Christ's Faithful" — submitted a 128-page report to Abp. Thomas Wenski of Miami showing that their pastor, Fr. Pedro Corces, is improperly involved with a gay prostitute. Titled "Dossier on the Improprieties of Father Pedro M. Corces and an Appeal to His Excellency Archbishop Thomas Wenski For Urgent Action," the document was a result of several weeks of investigation by a private investigator and various members of the parish detailing the sordid relationship between Fr. Corces and his gay prostitute boyfriend whom he hired as a maintenance worker at the church.

On May 26 — the day ChurchMilitant.com reported the story — Abp. Wenski issued a letter to parishioners addressing the issue with Fr. Corces, promising a "prompt and thorough" investigation. But in the same letter he condemned the report compiled by Christifidelis, saying, "Much of the material which the group has since chosen to circulate via emails and the media is old, long since discredited gossip."

According to him, the report started an "unfortunate chain of events [that] has fractured the spirit and unity at this long established parish." He aid the "[s]landerous gossip, calumny, detraction — all sinful behaviors — have fomented division in the parish and school communities."

After his attack on the bereaved parishioners he mentioned that he had asked Fr. Corces to "step down as pastor." He finished the letter by saying Fr. Corces is a victim of "adults behaving badly."

More than a month later, in a July 5 comment, Abp. Wenski exonerated the priest of all guilt, declaring that the "investigations of these allegations is completed." He concluded that after interviewing "persons that could have knowledge of the truth of these allegations ... no sexual impropriety had occurred." He noted that Fr. Corces voluntarily subjected himself to a polygraph test and the results contributed to his judgment.

He also excused Fr. Corces. "Father's decision to hire friends to work for the parish and his continued socializing with them outside the parish did contribute to the perception among some of inappropriate behavior."

The archbishop admitted, however, that there are "deficiencies" in Fr. Corces' "administration in which he failed to follow clear Archdiocesan policies," but he failed to divulge what those deficiencies are. He said they have been "directly and appropriately addressed" and that Fr. Corces has asked for an assignment where he will not have any administrative responsibilities.

The report by Christifidelis shows incontrovertible evidence that Fr. Corces traveled to his boyfriend's apartment and spent the night. There is surveillance footage showing them eating at restaurants and going on outings together. Receipts to sex shops and gay musicals were recovered from the parish garbage, along with paperwork for a massage parlor owned by the boyfriend.

The document also shows the boyfriend has a criminal record of prostitution, insurance fraud, impersonation of a doctor and forgery. His Facebook posts show he has a disdain for Catholicism and a proclivity for the pagan voodoo religion Santeria.

Records show Fr. Corces and his boyfriend vacationed at Key West, Florida and Puerto Rico and stayed at resorts together. The investigator confirmed the rooms only had one bed. 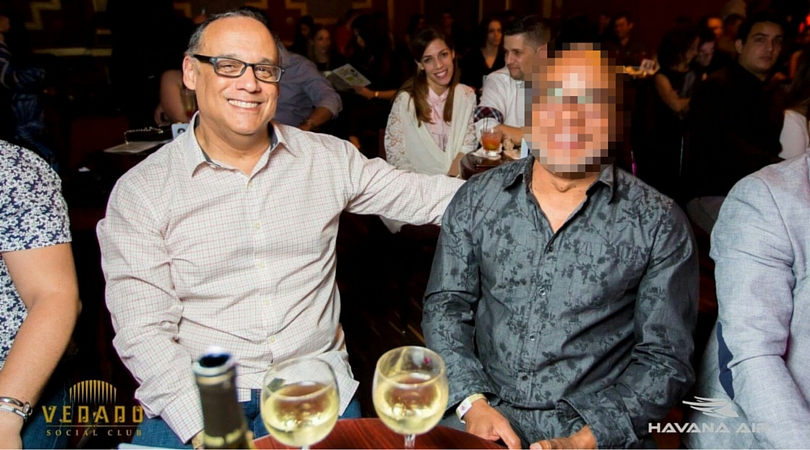