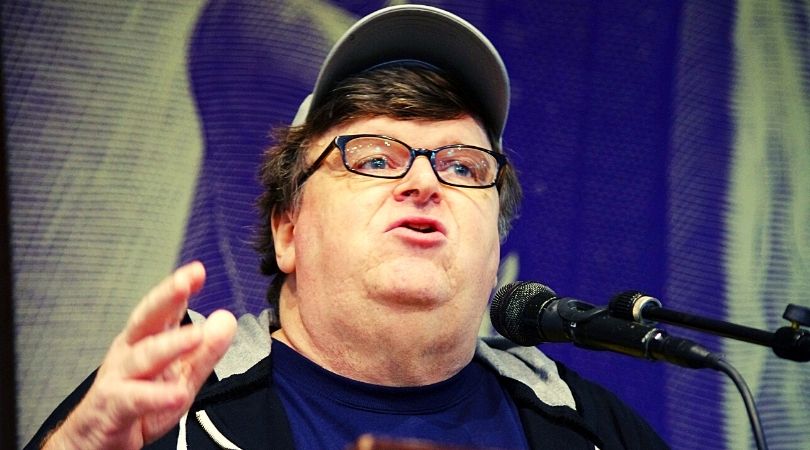 NEW YORK (ChurchMilitant.com) - Liberal Hollywood filmmaker Michael Moore is sounding the alarm for his fellow liberals to "get out on the streets" to protest the Senate going forward on a Supreme Court nominee.

Moore, no stranger to politics, made his plea Sunday on the MSNBC show Weekends. Fearful of the thought of President Trump replacing the late Ruth Bader Ginsburg with an originalist judge, Moore is calling out all the stops.

"We are going to stop any effort on the part of Trump, [Senate Majority Leader Mitch] McConnell, the Republicans, to try and ram through some right-wing judge," Moore said. "This is not going to happen."

Moore continued to offer some suggestions on what to do to block the U.S. Senate's progress in nominating a Trump appointee.

"What I'm encouraging people to do this weekend is, we need to be out in the streets. We need to be in front of the local offices in your states, where the U.S. senators have their local offices. We need protests out there every single day."

Wearing his trademark cap and T-shirt, Moore expounded on the importance of keeping the late Ginsburg's requests.

We haven't honored her first request yet from 50 years ago. We still haven't taken our feet off women's necks.

"We haven't honored her first request yet from 50 years ago. We still haven't taken our feet off women's necks," Moore said, in reference to George Floyd's death at the feet of the Minneapolis police.

"We need to honor her second request," he added, which is that the Senate wait until the next president to nominate her Supreme Court replacement.

Moore was clear about doing whatever it takes to stop Trump and the Senate, including shutting down the government.

"We should not fund — if they've told us they're going to spend these six weeks before the election trying to rush through somebody that the American people are not going to want to have on the Supreme Court — then we have to take their money away from them," he declared.

As the interview continued, Moore gradually got to the crux of the passion, which is what everyone knows is really behind the Left's hysteria on confirming Supreme Court justices:

McConnell and the Republicans, what they really want here is they want Roe v. Wade removed. They want their control, the control they used to have 47 years ago, over women's reproductive organs. They want to be in charge, they don't want women to have choice; that's what this is all about.

Speaking as if killing innocent preborn children is a woman's right that only affects women, Moore continued to stammer his perception on the matter.

Shut the whole damn thing down!

"Even women on their side of the political fence can have an unexpected pregnancy," he argued, "and those women are not going to want a bunch of men telling them what they can do!"

"That's what's really at stake here," Moore insisted. "That's why they're so anxious to get in there right now, to get this right-winger in there and get rid of Roe v. Wade – that's what they want!"

On his podcast, Rumble with Michael Moore, an hour-long show reflecting his liberal politics, Moore says much of the same things he said in the MSNBC interview. "Shut the whole damn thing down!" he exclaimed. "Shut the government down so they do not have the funds to try to ram through this person they want to get on the Supreme Court before Trump's gone."

Moore and the progressive Left have been illustrating this kind of political discourse and maneuvering since the confirmation process of Justice Clarence Thomas. Thomas and Brett Kavanaugh, appointees of Republican presidents George H.W. Bush and Donald Trump, have been subjected to circus-like atmospheres in the Senate chamber and throughout the mainstream media.

In the attempt to challenge the integrity and credibility of these judges, Democrats invited women who claimed to be sexually harassed and abused by the nominees to speak to the Senate Judiciary Committee. The smearing of the judges' character on national TV by unscheduled guests was unprecedented.

Moore says everything's on the table with Trump's upcoming judicial nominee. "We need to be relentless, or as I saw one protester's sign in front of the Supreme Court today, 'We must now be Ruth-less,'" he contended. "We must be ruthless."