At a packed press conference here in Lansing today, state attorney general Dana Nessel announced the findings so far of her ongoing investigation into clergy sex abuse and cover-up, making clear the Catholic Church cannot be trusted to police itself.

If an investigator comes to your door and asks to speak with you, please ask to see their badge and not their Rosary. And here's why that matters: because many churches and dioceses appear to be self-policing, and encouraging parishioners to report abuse to them so they can conduct their own internal investigations. ... And victims may believe that they cannot or should not report abuse to us because the Church is going to handle it. And simply put, that's just not true. ...

Nessel also said the scope of the investigation is far bigger than most know, involving not only all seven dioceses, where priests were shuffled from one diocese to another, but multiple states as well, since abusive clergy were also moved out of state.

Our team seized and is now continuing to review hundreds of thousands of pages of documents, including procedures for receiving and investigating allegations of abuse by the Church. ... Now, as of this date, we've received more than 300 tips through our clergy abuse hotline, an online tip forum, and there are tips being investigated right now for potential criminal prosecutions. ... Priests have been moved from one diocese to the next, protecting the priests in the parish, and we're also going to be cooperating with other states — I believe it's 12 other states — that now have similar ongoing investigations, because we know that there have been priests that have been moved from state to state to state.

Michigan chief of police Col. Joseph Gasper echoed the need for victims not to go to the Church first, but to law enforcement.

Col. Joseph Gasper: "I also want to echo your comments regarding the importance of reporting tips directly to law enforcement. We take all leads seriously, and it's critically important that we hear directly from you when you have information to provide."

Nessel confirmed the surprise statewide raids her office conducted on all seven Catholic dioceses in October, involving 70 officers and special agents as well as 15 assistant attorneys general on the scene. It was the first statewide raid of its kind in the history of the country.

It was the first statewide raid of its kind in the history of the country.

The raids were prompted by the Pennsylvania Grand Jury report published in August, which exposed 301 alleged predator priests accused of abusing at least a thousand minors. Some of those priests moved to Michigan.

At the time of the raids the Detroit archdiocese, considered the mother diocese in Michigan, tried to downplay the events, the rector of Sacred Heart Major Seminary sending an email to faculty saying such raids were "a normal part of these types of investigations."

In light of the attorney general's remarks today, it will be difficult for Detroit to minimize the investigation, which Nessel said could involve more than a thousand victims and take up to two years to complete.

Nessel had a message for the Catholic church.

If the Catholic Church really wants to stand up to its pledge to assist in our investigation, I would like to say this. Here's how they can actually help: Firstly, stop self-policing. Our office is conducting a thorough investigation and it's important we be able to talk with any and all victims harmed by these egregious acts without the intervention of the Church.

Church Militant asked if, in addition to predator priests the attorney general would also go after Church officials, including bishops who covered up sex abuse. Nessel said, "Nothing is off the table." 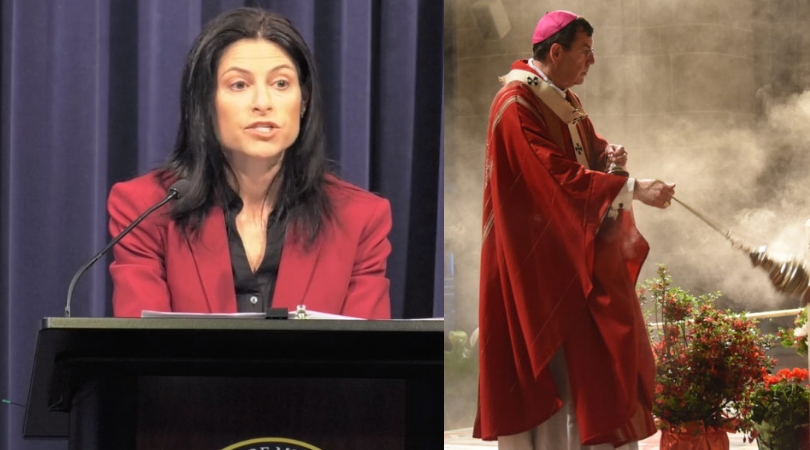