KALAMAZOO, Mich. (ChurchMilitant.com) - A Kalamazoo medical examiner stands accused of covering up another death in a botched abortion.

Twenty-four years old and the mother of a one-year-old child, Erwin-Sheppard had an abortion on June 30, 2016 and an intrauterine device (IUD) implanted at the Planned Parenthood abortion mill in Kalamazoo, Michigan.

The account of what happened then notes she went to the hospital because of severe abdominal pain on July 2 and was discharged after midnight on July 3. Not wanting to go home, she stayed at her mother's house where her mother sadly discovered her body "ice cold" and unresponsive at 12:40 a.m. on July 4. The disturbing 911 call was made public.

The state released the postmortem medical examination on March 9, delaying its release for eight months. Douglas ruled her death an accident and carefully censored the document to leave out any mention of the abortion procedure, IUD implant and uterine perforation.

Erwin-Sheppard's death certificate lists "use of unprescribed medications" as the "accident" that led to her death. Apparently, while at her mother's house she had access to methadone, which she took to alleviate the pain of her ordeal. The examination report notes she had traces of methadone in her system along with other pain drugs.

Drugs don't cause the uterus to put a hole in itself. It's hard to believe this is the best the medical examiner could come up with after eight months.

Troy Newman, president of Operation Rescue, comments, "It is my opinion that there is an effort on the part of the Calhoun County Medical Examiner's office to protect Planned Parenthood while wrongly blaming Erwin-Sheppard for her own death."

He further alleges, "The way the autopsy report is censored, it falsely leads one to believe that unprescribed drugs caused her death, while the fact that her uterus was perforated is completely expunged from the record. Planned Parenthood corruption appears to have infiltrated the Medical Examiner's office."

"Drugs don't cause the uterus to put a hole in itself," he noted. "It's hard to believe this is the best the medical examiner could come up with after eight months." 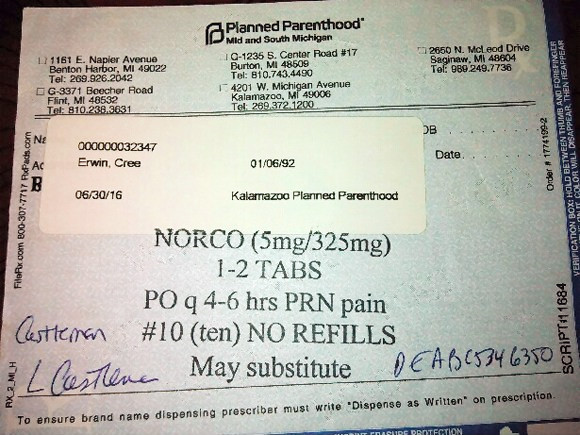 A prescription obtained by Operation Rescue and signed by Dr. Laura Castleman, the abortionist at the Kalamazoo Planned Parenthood abortion mill, proves Erwin was there on June 30. It is also alleged that at the time Castleman wrote and distributed the prescription, her license had lapsed.

"It is more than a little suspicious that the one that benefits from the cover up of information is Planned Parenthood," Newman commented. "Politics and personal ideology have no place in the investigation of Cree's death."

"A full and honest investigation must be conducted by the Michigan medical board to determine who is responsible for this abortion-related death before tragedy strikes another Planned Parenthood patient," he insisted. 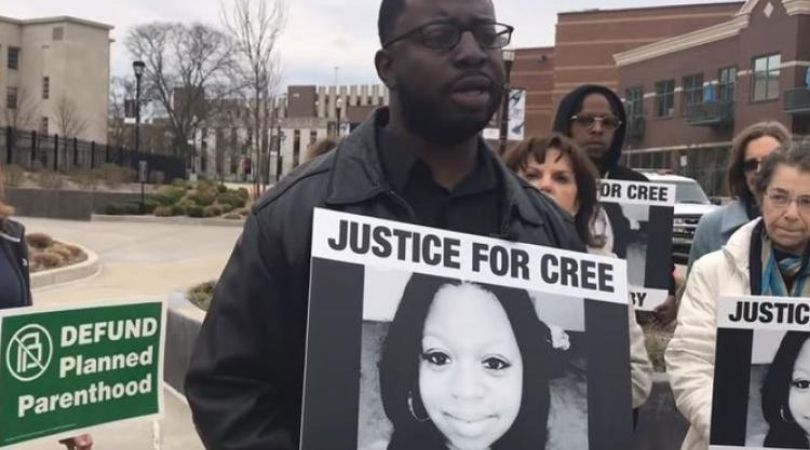