DETROIT (ChurchMilitant.com) - Microsoft has pulled an advertisement that featured the Serbian performance artist Marina Abramović after viewers reacted strongly against it; Abramović's blood-spattered and sex-infused art installations have sparked protests in Europe and America owing to their occult themes.

The ad for Microsoft's new HoloLens virtual-reality platform featured the artist's newest "mixed reality" installation. It appeared on Good Friday, as millions of Christians were marking the Passion and death of Jesus Christ.

The video was pulled from YouTube after receiving more than 25,000 "thumbs down."

In the video, the artist says: "I believe that art of the future is art without objects. It's just pure transmission of energy between the viewer and the artist." She gushed that HoloLens is the answer to her vision.

Viewers saw Abramović's "The Life," a mixed-reality media presentation, on special goggles they wore that projected images that gave the illusion that the artist was actually performing for them at the Christie's gallery in Los Angeles. The performance was co-sponsored by Microsoft.

Abramović has also depicted herself posing with the skinned skull of a goat that resembled depictions of the pagan deity Baphomet.

Abramović claimed that artists want to know that their art will endure after they are gone. With HoloLens, she said, "Here, I am kept forever."

Abramović's opponents have found evidence of satanism in videos of the artist's previous works, which include various bizarre messages.

In the original, 1997 "Spirit Cooking" exercise, for instance, she smeared messages with pig blood on the whitewashed walls of an Italian farmhouse. These included:

Included in the installation were child-sized mannequins resembling mummies that she daubed or splashed with pig blood — a feature critics later described as a "bizarre occult ritual."

Abramović has also depicted herself posing with the skinned skull of a goat that resembled depictions of the pagan deity Baphomet.

Platforms featured live, nude women draped with life-sized human skeletons, as well as actors' spinning heads protruding from tabletops. A cake made in the shape of a nude human figure was cut up and served to guests.

In 2016, an election year, Wikileaks released e-mails hacked from the account of John Podesta, a veteran political organizer and self-identified Catholic who was chairing Hillary Clinton's presidential campaign.

In 2015, Abramović had e-mailed Podesta's brother, Tony, who had long collected her works, inviting him to an evening of "Spirit Cooking with Marina Abramović." Tony forwarded the invitation to his brother John. Reportedly, John did not ultimately attend, but the resulting controversy, which linked the dinner to her 1997 video, placed Abramović squarely in a political spotlight.

On the Kickstarter online platform, donors were asked to give as much as $10,000 for the privilege of raising funds for the Marina Abramović Institute at the dinner in 2015. The fundraising website indicated that she raised $661,452, thus surpassing the $600,000 goal.

The artist herself later claimed that the event's "Spirit Cooking" title was merely a "funny name" for a "normal dinner," according to ArtNews.

"Anybody who wants can read my memoirs and find out that [my work] is far away from satanism. My work is really more about spirituality and not anything else. I've been doing my work for so long, and this is a misunderstanding," she said.

Dozens of people turned out in Poland in 2019 to oppose Abramović's art installation at a museum. Outside the exhibition titled "Marina Abramović: Do Czysta/The Cleaner" at the Center of Contemporary Art Znaki Czasu in Toruń, Catholics responded to an invitation to protest issued by the Facebook group Zawierzam Maryi, Polish for "I Entrust to Mary." Additionally, the Krucjata Różańcowa za Ojczyznę ("Rosary Crusade for the Homeland") website opposed Abramović's exhibition, noting that it took place during Lent, and insisted "we have the right to demand that the rulers protect our country and the nation against 'art' which is a personal evil and refers to the dark cults!"

At Artnet.com, Sarah Cascone wrote, "The message urged Catholics to protest the exhibition's arrival in the country so that the world wouldn't have an excuse to trot out stereotypes about Polish stupidity." Catholics prayed silently in prayer outside the installation.

Abramović's latest media coup placed her and Microsoft in the spotlight. The company was founded by Bill Gates, who is reportedly worth $100 billion. Along with his wife Melinda, a self-identified Catholic, Gates has donated millions of dollars over the years to population control and vaccination projects.

Gates pushed the idea of "digital certificates" on March 15 in an online question-and-answer session when asked how businesses can cope with the coronavirus pandemic. He wrote: "Countries are still figuring out what to keep running," and, "Eventually we will have some digital certificates to show who has recovered or been tested recently, or when we have a vaccine, who has received it."

Gates' connection to efforts for a global ID and vaccination scheme was revealed in Microsoft's alliance with ID2020.

Gates' reference to digital records gave credence among some that he was advocating for mandatory universal implantation of microchips that would enable governments to track people. The Bill and Melinda Gates Foundation had funded research that was published in December 2019 that proposed keeping vaccination records on patients' skin with a series of micro tattoos that could be read at a close distance by a specially-equipped smartphone. This was intended, reportedly, to redress poor record-keeping in developing countries and would last for as long as five years.

Gates has warned for years that the world is unprepared for pandemics, saying in a 2015 TED Talk, "If anything kills over 10 million people in the next few decades, it's likely to be a highly infectious virus rather than a war," and adding, "Not missiles, but microbes."

In a paper published in March by the New England Journal of Medicine, Gates warned that the world may be facing in the Wuhan virus the "once-in-a-century pathogen we've been worried about." Saying there is a "critical need" for improved public health systems, he called for more funding to monitor outbreaks and improved diplomatic relations.

Gates' connection to efforts for a global ID and vaccination scheme was revealed in Microsoft's alliance with ID2020. Microsoft has joined with the Rockefeller Foundation, Accenture and the Gavi vaccination alliance to promote a universal digital identification to supersede passports, drivers licenses and other forms of ID. At the ID2020 summit in 2019, immunization was proffered as a means of establishing global digital identity. 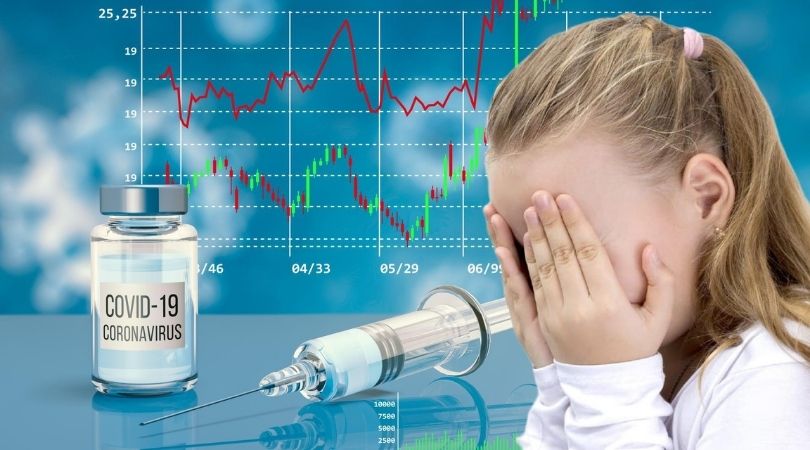