A look at polls in Minnesota over the past 40 days reveals that Biden's lead over President Donald Trump is shrinking in a state that's voted blue for years.

Anthony Gockowski, editor-in-chief at Alpha News, notes the momentum on the ground is trending toward President Trump, but the DFL is still strong.

"The momentum here feels like it's very much on Trump's side right now," he observes. "The Trump base in Minnesota feels very energetic."

Speaking to Church Militant on Thursday, Gockowski made clear he is not predicting Trump will win Minnesota.

Suburban voters will likely be the deciding factor in whether or not the state will remain a Democratic stronghold.

"If Trump wins, that will be a major upset," he noted, since Democrats "still have the upper hand."

"The DFL still has the advantage," he emphasized.

The big cities in Minnesota are solidly Democratic, Gockowski said, but suburban voters will likely be the deciding factor in whether or not the state will remain a Democratic stronghold.

Fr. James Altman: "You cannot be Catholic and be a Democrat."

"It's going to come down to the suburbs," he predicted.

Alpha News is an independent news organization that seeks to "report the news that the mainstream media in Minnesota refuses to cover," per Gockowski.

You cannot be Catholic and be a Democrat. Period.

"Here's a memo to clueless baptized Catholics out there," Fr. Altman says, "you cannot be Catholic and be a Democrat. Period. Their party platform absolutely is against everything the Catholic Church teaches."

President Trump appears to be eyeing Minnesota as a potential win in November.

Trump adviser Jason Miller said in a press call with the Washington Examiner, "We are going all-in on Minnesota. We think it's a state we can win."

"He may lose 2016 states and needs to pick up new states," Miller noted. "Minnesota counterbalances a loss in Arizona. Winning the Upper Midwest is nearly the same Electoral College votes as Florida. Those are the Trump calculations."

Media reports say the Trump campaign is pouring its resources into Minnesota, in the hopes of flipping it from blue to red.

Ken Martin, chairman of Minnesota's Democratic-Farmer-Labor Party, told POLITICO the race in Minnesota is "tightening up."

"But I wouldn't trade our position with theirs in a million years," Martin added.

The Trump campaign is pouring its resources into Minnesota.

Martin repeated this line of thought in comments to Minnesota Public Radio, saying, "I would have to imagine that the Biden-Harris campaign, as they're looking at Minnesota, are going to have to put more resources here to make sure we keep it in the blue column."

A major point that could explain the shift in the polls is Biden hasn't been on the ground in Minnesota in a long time, while President Trump and Vice President Mike Pence have made several visits to the state during the summer.

For example, Vice President Pence was in Duluth, Minnesota Aug. 28 speaking about the Wuhan virus crisis, religious liberty and more. 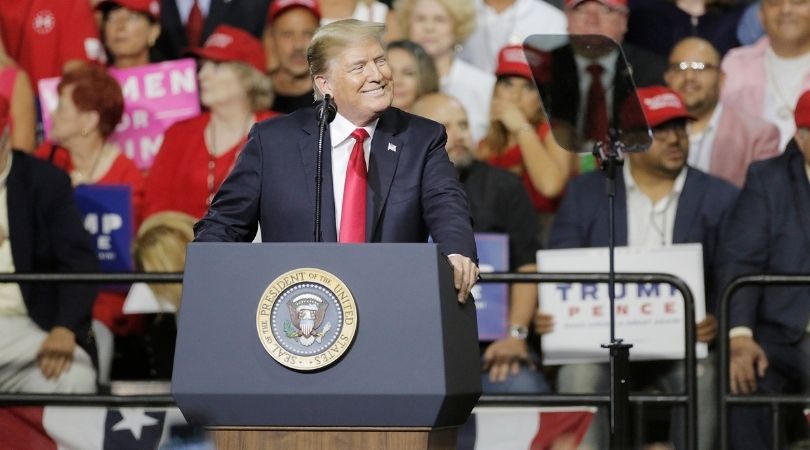