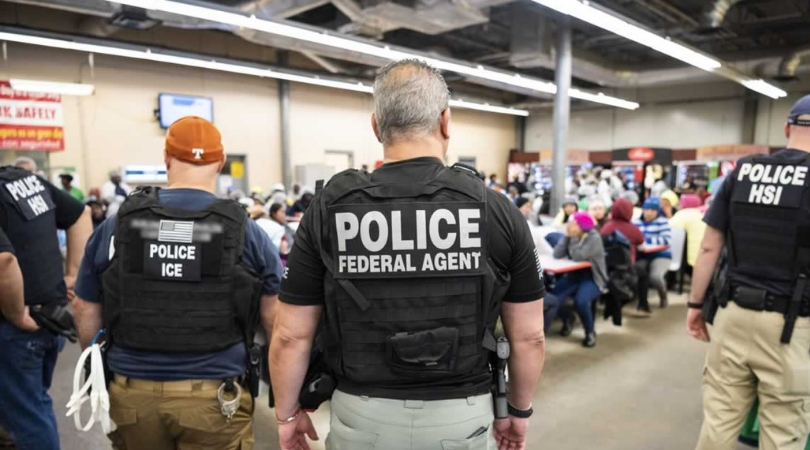 In the statement, Bp. Joe Vásquez, chair of the USCCB's Committee on Migration, said, "We have grave concerns about the administration's interim final rule, issued on July 16, 2019, that greatly limits U.S. asylum eligibility at the southern border."

"The rule would turn our back on the vast majority of asylum seekers," Bp. Vásquez opined, "requiring them to apply for protection in almost any other country through which they transit, leaving access to U.S. asylum exceptionally rare."

The bishop argued, "Not only do we believe that this rule is unlawful, but it also jeopardizes the safety of vulnerable individuals and families fleeing persecution and threatens family unity."

"Further," he added, "the rule undermines our nation's tradition of being a global leader providing and being a catalyst for others to provide humanitarian protection to those in need."

In similar news, on Aug. 7, federal agents from Immigration and Customs Enforcement (ICE) raided food processing plants in Mississippi that employed illegal migrants. They rounded up 680 people — 300 of whom were later released.

Soon after the ICE raid in Mississippi, mainstream media covering the raid drew attention to a video of an 11-year-old girl crying profusely because her father was detained in the raid.

The bishops stated, "We, the undersigned, condemn such an approach, which, as he [DiNardo] rightly states, 'has created a climate of fear in our parishes and communities across the United States.'"

This is referencing a July 16 statement from USCCB President Cdl. Daniel DiNardo, head of of the Galveston-Houston archdiocese. In that earlier statement, Cdl. DiNardo argued against a then-ongoing immigration crackdown, warning, "I condemn such an approach, which has created a climate of fear in our parishes and communities across the country. I recently wrote the President asking him to reconsider this action."

The Mississippi religious leaders' statement went on to say:

As Christians, within any disagreement we should all be held together by our baptismal promises. Our baptism, regardless of denomination, calls us to unity in Jesus Christ. We are His body and, therefore, called to act in love as a unified community for our churches and for the common good of our local communities and nation.

It continued, "We can stand in solidarity to provide solace, material assistance and strength for the separated and traumatized children, parents and families. Of course, we are committed to a just and compassionate reform to our nation's immigration system, but there is an urgent and critical need at this time to avoid a worsening crisis."

The U.S. bishops have often criticized President Donald Trump and his administration for seeking to crack down on illegal immigration.

In August 2018, Bp. John Stowe of Lexington, Kentucky, wrote a piece for America magazine that slammed the Trump administration's approach to immigration law as a "horror" and called the deportation of illegal immigrants "an unimaginable kind of human cruelty."

At a USCCB meeting in June 2018, Bp. Edward Weisenburger proposed canonical penalties for those responsible for enforcing immigration laws that some say unfairly separate immigrant parents from their children.