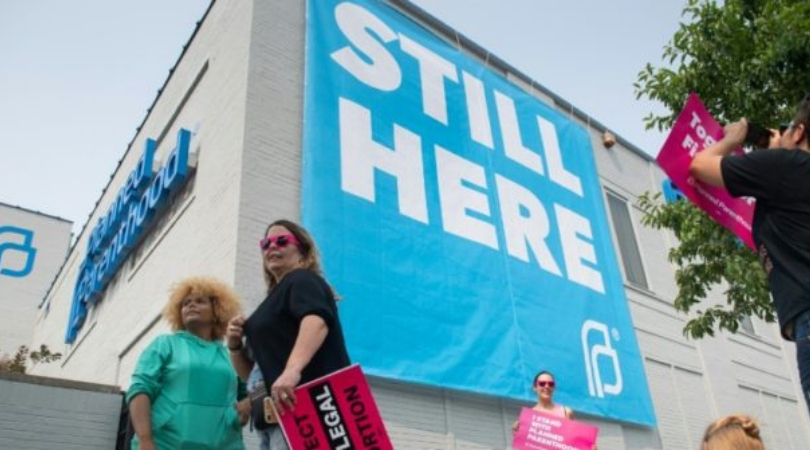 ST. LOUIS, Mo. (ChurchMilitant.com) - The fate of Missouri's single, remaining abortion provider, Reproductive Health Services Planned Parenthood (RHSPP), lies in the hands of a politically appointed circuit court judge who also happens to be Catholic. The state and the nation await his ruling.

In March, officials from Missouri's Department of Health and Senior Services (DHSS) conducted a routine, annual inspection of the Planned Parenthood and found numerous violations. In some cases the facility was not following the law; in other cases the clinic was not following state regulations.

As a result, the state issued a 62-page document of deficiencies.

The state issued a 62-page document of deficiencies. 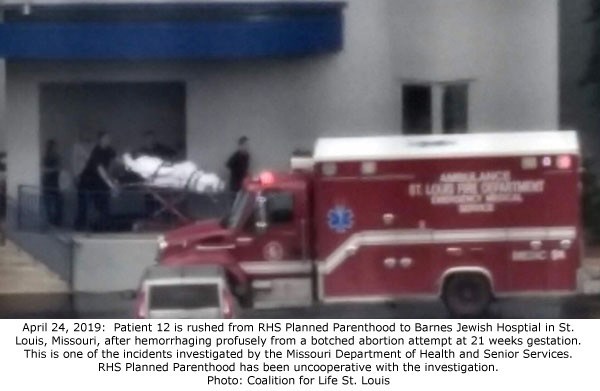 Among other deficiencies found:

The list includes many more failures in compliance by Planned Parenthood.

A major area of concern was patient care, which grew out of an examination of patient records over the prior year. To investigate the facts related to these cases — in one instance, a botched abortion that required multiple attempts before the child was successfully aborted — the department wanted to talk with the physicians involved.

Of the seven physicians, only two agreed to cooperate with the state's investigation. The other five hired attorneys and refused to work with government officials.

In a letter issued to Planned Parenthood, DHSS wrote that "we are forced to infer that each physician who declined to participate in an interview has no satisfactory explanation for the conduct under investigation, and we are forced to apply the same presumption to RHS."

Circuit Court Judge Michael F. Stelzer of the 22nd Judicial District, appointed by Democrat Governor Jay Nixon, quashed the subpoenas compelling cooperation from the physicians, and the investigation stalled out. 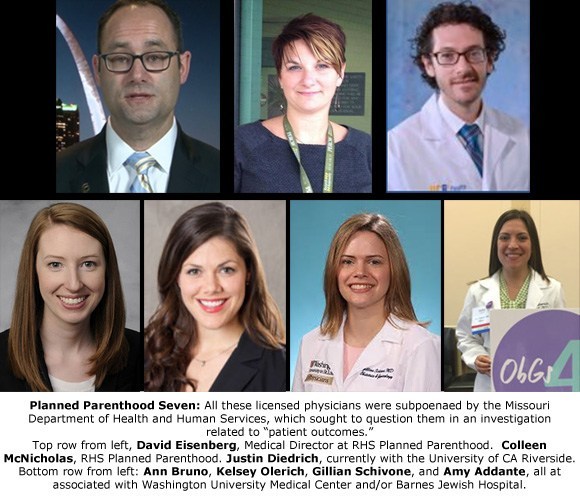 In his ruling, Stelzer said the parties "have shown that compliance with the subpoenas would present an undue burden and hardship" on the abortionists.

When questioned about the physicians' professional affiliation with RHSPP, an official with the organization described the relationship as "complicated." It was revealed that none of the physicians are employees of Planned Parenthood, possibly a deliberate strategy to shield the organization from any malpractice liability.

With RHSPP's license in danger of expiring on May 31, Judge Stelzer came to the rescue. He granted the abortion provider a temporary and then a preliminary restraining order that allowed the organization to continue to perform abortions.

Judge Stelzer then required the state to make a decision to deny or renew the clinic's license. Given both the state's inability to investigate the adverse cases and potentially come to a mutually agreed on solution and its charge to protect the safety of Missouri's citizens, DHSS had little choice but to deny RHSPP's license to perform abortions.

In addition to quashing the subpoenas and issuing the restraining orders, Judge Stelzer — a St. Louis University Law School graduate and a member of St. Louis' St. Gabriel Catholic Church — also granted Planned Parenthood's request to seal the state's 62-page report of deficiencies at the clinic. Operation Rescue was able to obtain a copy of the document before it was sealed, and made it public.

The document reveals "the massive scope of violations that included sloppy patient care practices that resulted in life-threatening injuries and conditions within a very short time-span," said Troy Newman, president of Operation Rescue. "In all the hundreds of deficiency reports and disciplinary cases we have seen cross our desks at Operation Rescue, I have never seen such overt rebellion to oversight, lies, and blame-shifting as RHS Planned Parenthood's staff displayed during this investigation."

The document reveals 'the massive scope of violations that included sloppy patient care practices that resulted in life-threatening injuries.'

"Judge Stelzer is a city judge that is used to dealing with municipal issues, not matters related to state agencies or abortion laws," noted members of Operation Rescue. "It's a bit of a wonder how he even has jurisdiction over the Department of Health and Senior Services."

Public records confirm Operation Rescue's observation. His 2014 evaluation shows that in the prior two years, Stelzer had not presided over any jury trials. Since 2014, there is no information available about the judge's trial experience or his experience with this kind of litigation.

Dr. Randall W. Williams, director of Missouri's Department of Health and Senior Services, is a 30-year veteran obstetrician and gynecologist whose expertise makes him particularly qualified to review and investigate abortion mills. In a press conference, he responded to charges that the state's investigation of Planned Parenthood was politically motivated, stressing that access to reproductive services is important but safety cannot be sacrificed.

He went on to note that he was unanimously confirmed by both Democrats and Republicans in the Missouri Senate.

Even though the state has denied Planned Parenthood a license to perform abortions, Judge Stelzer's preliminary injunction still rules the day, and Planned Parenthood will be allowed to continue performing abortions until he makes a ruling at an unspecified date in the future.