Rachel Mitchell shares findings of her interrogation of Kavanaugh's accuser

WASHINGTON (ChurchMilitant.com) - The sex crimes prosecutor who represented the Republicans during the Kavanaugh hearing last week is dismantling the claims of Kavanaugh's accuser.

Arizona prosecutor Rachel Mitchell interrogated U.S. Supreme Court nominee Brett Kavanaugh and his sexual assault accuser Christine Blasey Ford in their Sept. 27 hearing with the Senate Judiciary Committee. Mitchell acted on behalf of the Republicans on the committee, who gave their time slots over to Mitchell.

In a new memo, Mitchell tears apart the credibility of Kavanaugh's accuser, saying, "A 'he said, she said' case is incredibly difficult to prove. But this case is even weaker than that. Dr. Ford identified other witnesses to the event, and those witnesses either refuted her allegations or failed to corroborate them."

The document features five pages of notes from Mitchell about Ford's allegation, as well as a detailed timeline of the case that covers nearly four pages.

A 'he said, she said' case is incredibly difficult to prove. But this case is even weaker than that.

Mitchell notes that Ford "has not offered a consistent account of when the alleged assault happened."

The Republicans' outside counsel explains that Ford told The Washington Post in a July 6 text message that it happened in the mid-1980s, but told Democrat Sen. Dianne Feinstein (Calif.) in a July 30 letter that it was in the early 1980s. Mitchell also points out that Ford scratched out the word "early" from the phrase "the early 1980s" in her polygraph statement.

But by the time she appeared before the Judiciary Committee, Ford started saying that the alleged assault specifically happened in the summer of 1982 when she was 15 years old. Mitchell argues in the memo, "While it is common for victims to be uncertain about dates, Dr. Ford failed to explain how she was suddenly able to narrow the timeframe to a particular season and particular year."

Mitchell's memo states, "Dr. Ford has no memory of key details of the night in question — details that could help corroborate her account."

Ford claims she cannot remember how she got to or from the party where the assault allegedly happened. But Mitchell points out that Ford claims to remember other random details about the alleged incident with certainty: "She does, however, remember small, distinct details from the party unrelated to the assault. For example, she testified that she had exactly one beer at the party and was taking no medication at the time of the alleged assault."

The memo goes on to say that Ford's story "has not been corroborated by anyone she identified."

Ford pointed to three people who she says could corroborate her story — including her lifelong friend Leland Keyser. All three of them have said in written testimonies that they have no memory of the party at which Ford claims she was sexually assaulted by Kavanaugh.

One of those three people is Mark Judge, a friend of Kavanaugh's who has struggled with alcoholism and leukemia. Ford claims Judge helped Kavanaugh lock her in the room and stood there in the room and watched Kavanaugh getting on top of Ford in the bed and groping her. Ford says they turned on loud music in the room so no one could hear her scream.

Mitchell's memo claims, "Dr. Ford has not offered a consistent account of the alleged assault."

Mitchell notes that there have been conflicting accounts about how many boys were in the room during the alleged assault. Ford claims this was due to her therapist or the reporters misunderstanding her story. But Ford has contradicted herself on what exactly she was able to hear happening in the house after she allegedly escaped the groping and locked herself in the bathroom.

She claims she heard Kavanaugh and Judge drunkenly stumble down the stairs. But she contradicts herself on whether or not she was able to hear them conversing with the handful of other partygoers downstairs. 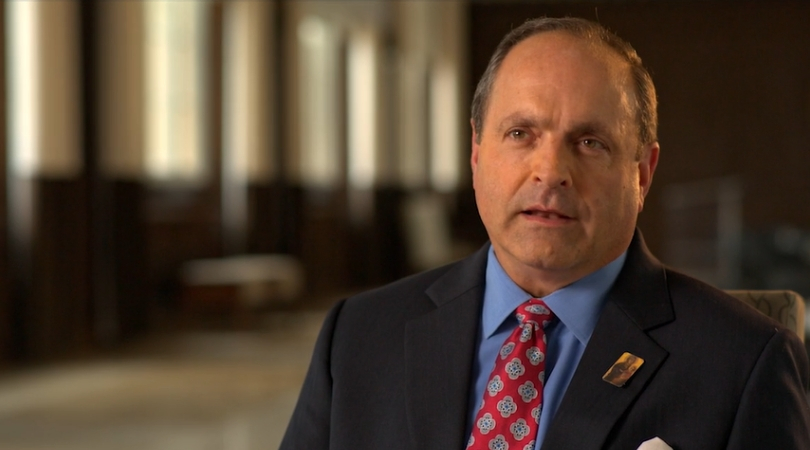