Cdl. Burke: "These things aren’t anomalies for Islam. This is the way things are to go"

Many Muslims may be moderate in their application of the principles of Islam, but Islam itself isn't moderate in its call to use force against non-Muslims.

Why is it that a Pew Research poll in 2015 found that 60 million Muslims in predominantly Muslim countries actually support the notorious terrorist group ISIS? Even more worrisome is why the same poll concluded that 250 million Muslims in these countries, when asked if they support ISIS, said they were "undecided."

During an interview last July, Cdl. Raymond Burke, former prefect of the Vatican's highest court, the Apostolic Signatura, drew attention to the fact that Islam isn't moderate in its use of force.

"These things aren't anomalies for Islam. This is the way things are to go," he said. "If you do understand that and you are not at peace with the idea of being forcibly under an Islamic government, then you have reason to be afraid."

The so-called "religion of peace" isn't really a religion at all, according to Cdl. Burke. He said it was "fundamentally a form of government" that "wants to govern the world." The cardinal was critical of prelates who "simply think that Islam is a religion like the Catholic faith or the Jewish faith." On the contrary, he stressed, "That simply is not objectively the case."

The cardinal stated that he was not wanting to be "disrespectful" of Islam or "generate hostilities." But he was concerned that many people simply didn't comprehend that "when they [Muslims] become the majority in any country, they have the duty to submit the whole population to Shariah," meaning Shariah law.

So a literal interpretation of Islam would give precedence to the later passages in Koran, which call for violence toward the infidel. One such passage called the "Verse of the Sword" (9.5) reads, "[K]ill the Mushrikun [unbelievers] wherever you find them, and capture them, and besiege them and prepare for them each and every ambush."

Another passage among many that call for violence is 8.39, which teaches, "It is not for a Prophet that he should have prisoners of war (and free them with ransom) until he had made a great slaughter (among his enemies) in the land."

Watch the panel discuss the question if Islamic violence in The Download—Muslim Terror on the Rise. 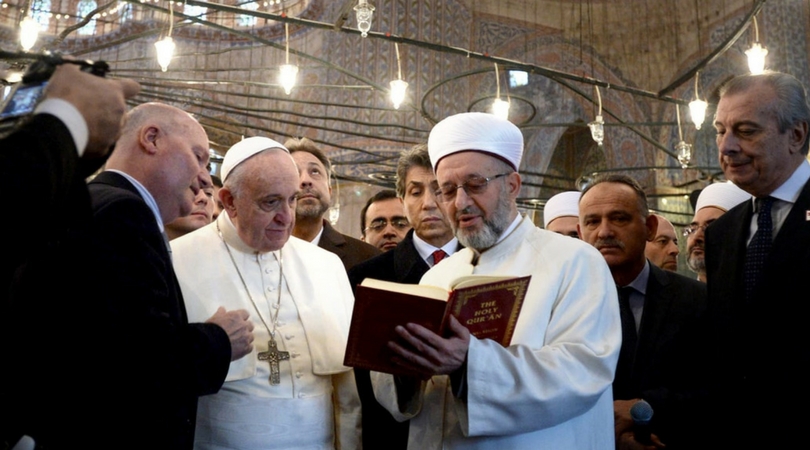