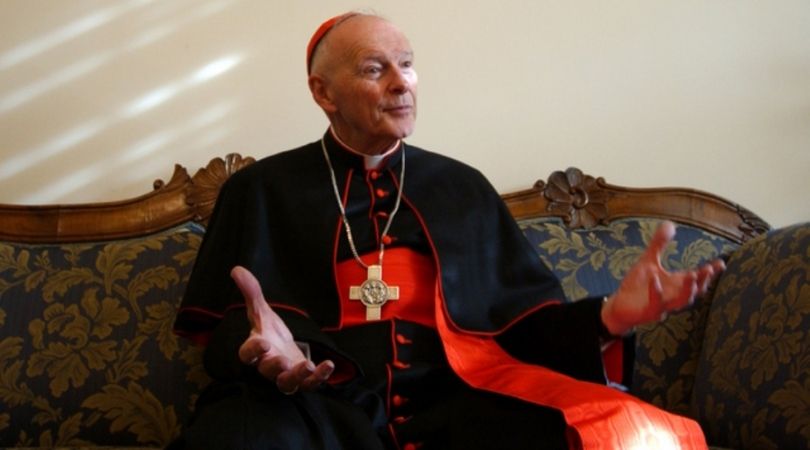 SEA GIRT, N.J. (ChurchMilitant.com) - A once high-ranking, now defrocked homosexual predator ran a sex ring from his infamous beach house, according to a lawsuit filed recently in New Jersey.

Representing a victim of clergy sex abuse called "Doe 14," Anderson and Associates filed a lawsuit on Tuesday alleging the disgraced ex-cardinal Theodore McCarrick ran a homosexual sex ring of teenage boys from his beach house in Sea Girt, New Jersey. The suit also claims that a Christian brother working at Essex Catholic High School in the Newark archdiocese abused the victim and then "procured" him for McCarrick, telling the victim at the time the boy needed to see "the boss."

The plaintiff was between 14 and 16 years old when abused by multiple clerics. The first to abuse Doe in 1978 was a parish priest, Fr. Anthony Nardino. The second to abuse him in 1981 was the Christian brother, Andrew Thomas Hewitt, who sent the boy to McCarrick in 1982 for further abuse by McCarrick and then three other priests in the Newark archdiocese, Fr. Gerald Ruane, Fr. Michael Walters and Fr. John Laferrera.

The lawsuit names as defendants the archdiocese of Newark, the diocese of Metuchen and multiple parishes and schools responsible for the victim's care at the time of the abuse.

The archdiocese of Newark is currently headed by Cdl. Joseph Tobin, a well-documented supporter of homosexuality who hired a pro-LGBT activist to head archdiocesan operations and who believes "a rethinking of the mystery of human sexuality is important."

The diocese of Metuchen is currently headed by Bp. James Checchio, who was friendly with McCarrick prior to the former prelate's public exposure. Checchio is cozy with pro-gay Jesuit James Martin, permits a pro-gay group called "In God's Image" to operate in his diocese and has raised questions of fostering a homosexual subculture as rector of the Pontifical North American College.

In addition to his sexual corruption, McCarrick's name recently resurfaced for playing a key role in political corruption, apparently ceding control of the Vatican to the Chinese Communist Party (CCP). According to experts, the CCP has been sending $2 billion annually to the Holy See since Pope Francis took office in 2013 as part of a plan for world domination. The strategy is to bribe and control Italy through the Vatican and the European Union through Italy.

McCarrick has long been considered an architect of the Vatican's relations with China, having visited China several times over the past decades ahead of the secretive Vatican-China agreement that Cdl. Joseph Zen, emeritus bishop of Hong Kong, has called a "total sellout" of the underground Church in China.

According to experts, the Chinese Communist Party has been sending $2 billion annually to the Holy See since Pope Francis took office.

Zen explained to Church Militant in February that the complete betrayal occurred in multiple phases.

"The first step was that secret agreement [Vatican-China agreement reached in September 2018] for the selection of bishops, and then the legitimization of the seven excommunicated bishops — asking the legitimate underground bishops to step down," said Zen.

And "then, last June came out that document — the so-called pastoral guidance encouraging people to join the [Communist-led Catholic] Patriotic Association," he concluded.

The secretive Vatican-China agreement has caused rampant confusion and emboldened the CCP to step up its persecution of the underground Church. And the name that keeps reemerging as the original broker of that deal is "Theodore McCarrick." 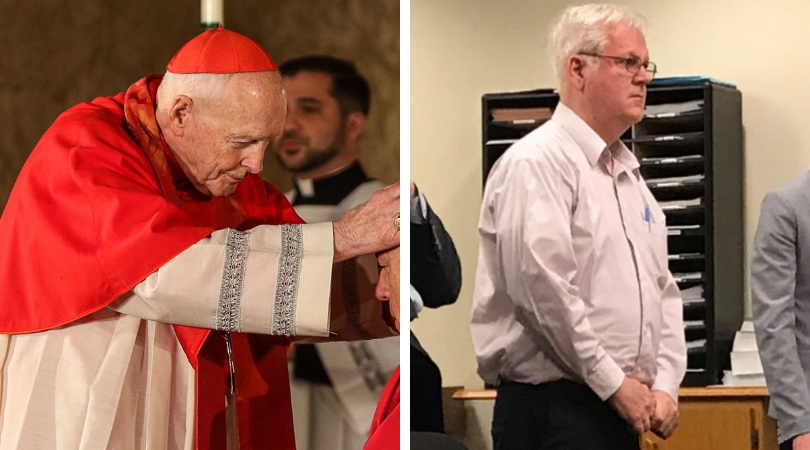