Growing List of Scandals at Pro-Gay Parish in Minneapolis

MINNEAPOLIS (ChurchMilitant.com) - Still more is coming to light about a parish in Minneapolis already under fire for a recent pro-gay scandal.

Church Militant reported last week on how Catholic website Complicit Clergy is calling for the closure of St. Joan of Arc in Minneapolis. The parish had a homosexual couple give a pre-Mass presentation recently, and the couple are raising a young boy who was conceived via in vitro fertilization (IVF).

Both homosexual activity and IVF are directly opposed to Catholic teaching.

The article noted the parish's history of liturgical abuses and heterodoxy — which are evident in its pro-LGBT messaging and events.

After that report, several individuals contacted Church Militant with more information on the parish's track record. One tip received by Church Militant states that the parish's latest bulletin advertises for an event at a Lutheran church. The online bulletin for Feb. 10 includes a plug for a presentation at "Gloria Dei Lutheran Church in St. Paul."

The event is titled "The Holy Spirit Shall Not Remain Invisible!" and includes a talk by Catherine Michaud, a religious sister in the Congregation of the Sisters of St. Joseph.

The parish bulletin also alludes to a pro-gay book club under the acronym "GLBTQ" — an alternative for LGBTQ. The parish website includes a "GLBT Group" in its list of ministries.

On its website, the parish calls itself "St. Joan of Arc Catholic Community."

Elsewhere in the parish website's list of ministries is one called "Drum Circle." The webpage for this ministry describes it as:

Whether praying for a loved one or peace for the planet, Drum Circle invites women to meet in Hospitality Hall on the third Friday of each month. Members take turns preparing a light supper before moving to the church to drum, pray and talk. The group is safe, confidential and supportive.

Over the years, numerous videos, photos and reports have been shared online showing puppet-costume performances at Palm Sunday Mass. One full video from Palm Sunday 2018 seems to show the performance taking place outside of Mass — though some portions of the performance closely mimic the order of Mass.

The parish's most recent bulletin indicates that their yearly partnering with In the Heart of the Beast Puppet and Mask Theatre will continue this Lent.

A YouTube video brought to Church Militant's attention in an email shows Abp. Bernard Hebda of the St. Paul and Minneapolis archdiocese giving a homily at St. Joan of Arc. The homily appears to be from Trinity Sunday in May of 2018.

To begin his homily, Abp. Hebda apparently joked with the people in the pews about their parish's reputation for heterodoxy and liturgical abuse.

The archbishop said some priests offered to pray for him when they heard he would be going to Mass at St. Joan of Arc. He said they warned him that if he mentioned God the Father at that parish, he would "have to leave."

It is unclear what specifically Abp. Hebda's joke is referencing. But it is commonly known that liberal Catholics and theological dissidents will sometimes reword the prayers of the Mass to avoid "gender-exclusive" language. For example, the pro-gay Dignity Mass in Detroit uses a rewording of the Apostles' Creed that speaks of "God the Creator" instead of "God the Father."

In 2008, the archdiocese shut down St. Joan of Arc's annual gay pride prayer service — a move that sparked some outrage in the local LGBT community. Apparently, organizers still had the Catholic LGBT prayer service but hosted it just outside the church instead.

Church Militant reached out to the archdiocese of St. Paul and Minneapolis about the calls for the parish to be shuttered but did not hear back by press time. 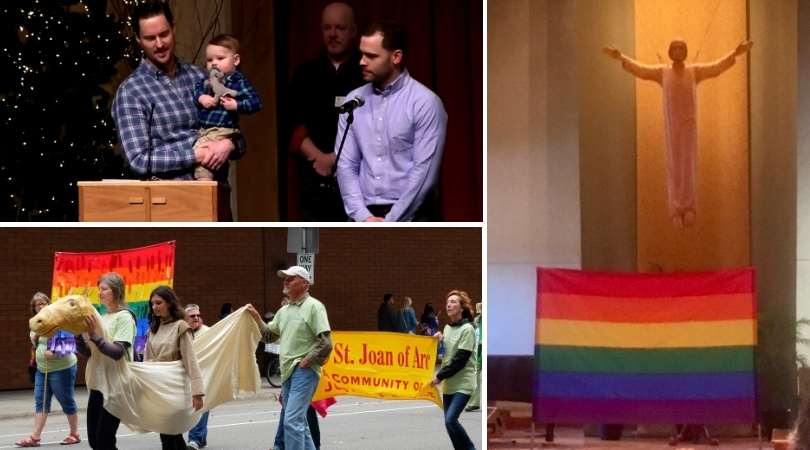 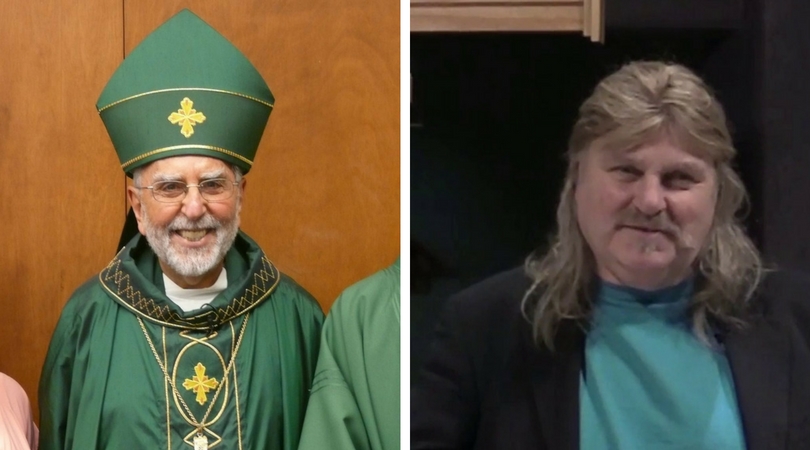