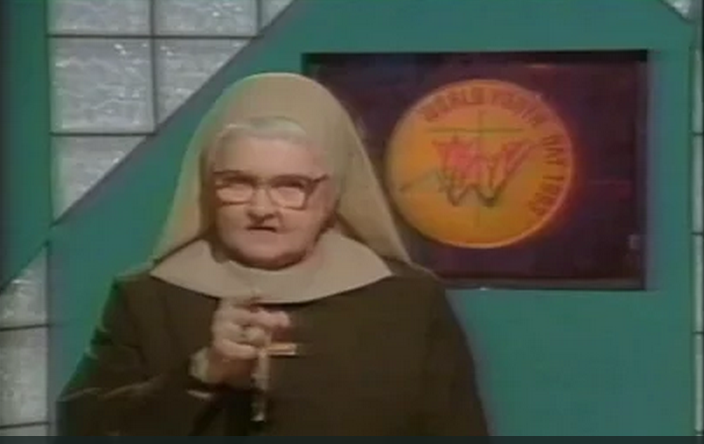 The 1993 World Youth Day was a turning point for Mother Angelica. It had been 12 years since the launch of her Eternal Word Television Network — a venture dogged by opposition from the U.S. bishops from the start — but that year she had had enough. After a female mime played Our Lord in the living Stations of the Cross in front of an audience of thousands — including Pope John Paul II himself — Mother Angelica appeared on her daily show excoriating the liberal Church that had made such an outrage possible.

"I am so tired of you, liberal Church in America," she said. "You do nothing but destroy. ... Your whole purpose is to destroy."

"It's time somebody said something about all these tiny little cracks that you have been putting for the last 30 years into the Church," she continued. "You have no right to destroy people's faith ... . We're just tired of you constantly pushing anti-God, anti-Catholic and pagan ways into the Catholic Church."

After her strongly worded denunciation, Abp. William Keeler, then president of the U.S. Conference of Catholic Bishops, complained that Mother had "overreacted."
And Abp. Rembert Weakland — who would later be outed as conducting a homosexual affair with a male lover who blackmailed him for $450,000 — condemned the nun in a diocesan editorial for her "vitriolic" language.

We cannot continue this senseless and heartless condemning of one another. ... For a half hour she ranted and raved about all the abuses since Vatican II, according to her own personal judgment which, of course, she equates with that of the Holy Father. It was one of the most disgraceful, un-Christian, offensive, and divisive diatribes I have ever heard.

To which Mother Angelica responded, "He didn't think a woman playing Jesus was offensive. He can go put his head back in the toilet, as far as I am concerned."

It was not her first run-in with the hierarchy — nor would it be her last.

Watch the full episode: "The Download—Mother Angelica, Rest in Peace."