Popular Nun Lands Back on Her Feet

DETROIT (ChurchMilitant.com) - As some of our readers know, Mother Miriam of the Lamb of God's "Heart to Heart" radio show was canceled by Relevant Radio in November.

However, it was revealed this Wednesday that Mother Miriam's live radio show is being taken up by The Station of the Cross Catholic Radio Network. The revived show will take off on January 3 and is scheduled for 10–11a.m. EST, Monday–Friday.

Her full religious name is Mother Miriam of the Lamb of God, O.S.B. She has been working on forming a community of Benedictine sisters who call themselves the Daughters of Mary, Mother of Israel's Hope.

Mother Miriam is a staunch defender of the Faith. She also visited Church Militant headquarters in 2016 and filmed two interviews with Michael Voris. She spoke about the crisis in the Church, as well as her apostolate, Handmaids of the Family.

The Station of the Cross Catholic Radio Network is a network mainly located in the northeastern United States. But folks around the world can listen to Mother's new show through other technological means. Mother Miriam relates in an online announcement that "you can listen in on live broadcasts via their website or your smartphone via their app, download the podcasts at any time and again be able to call in with your questions during the live shows."

Relevant Radio merged with Immaculate Heart Radio earlier this year. This merger caused some programming changes. Mother Miriam's program was moved to a different time and eventually got canceled in mid-November.

Relevant Radio replaced Mother's airtime with an open-phone apologetics program called "Ask Your Father." As the name implies, it is an open-phone program featuring a priest — namely, Msgr. Stuart Swetland.

I look forward to starting off the New Year with our first broadcast on Monday, January 3rd! 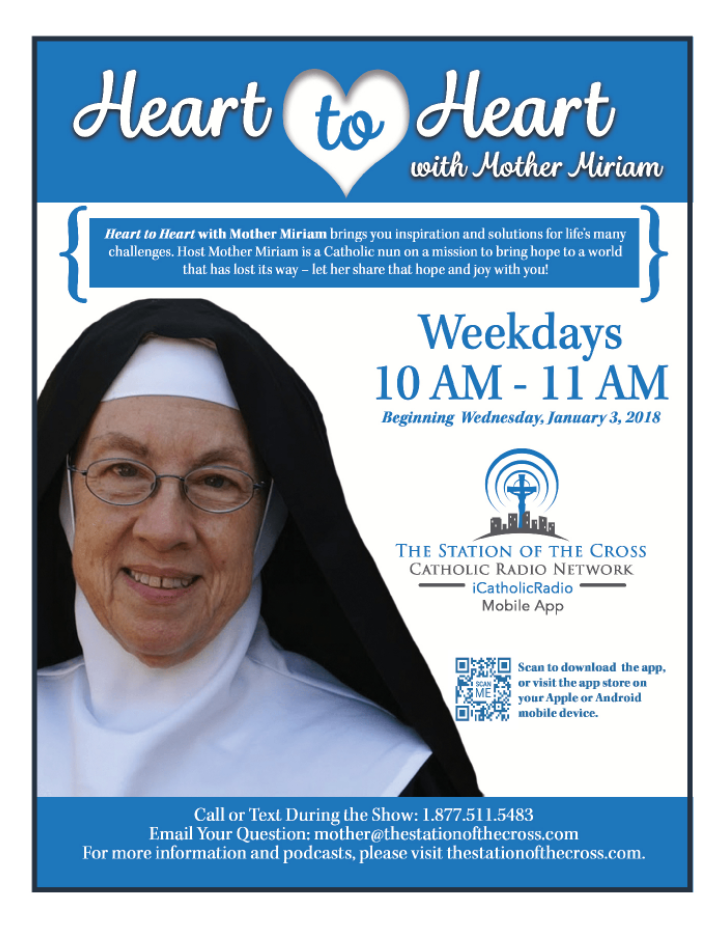 Not too long after the cancellation of "Heart to Heart" by Relevant Radio, Jim Wright of The Station of the Cross Catholic Radio Network in Buffalo, New York, called to see if we might continue "Heart to Heart" via their network. I met Jim and his outstanding team some years ago in Buffalo and am thrilled to become a part of their untiring efforts to broadcast the Truth of the Gospel in a charitable, faithful and uncompromising manner.

She wrote elsewhere in the announcement, "I look forward to starting off the New Year with our first broadcast on Monday, January 3rd!"

When news of the cancellation by Relevant Radio broke in November, Church Militant received many messages from supporters complaining about the decision. Some worried that Mother was being censored for her theological orthodoxy and her intense love for Our Blessed Lord.

According to Relevant Radio, it was purely a prudential decision. A statement on the radio network's website reads:

Following the merger of Immaculate Heart Radio and Relevant Radio, a number of adjustments to our programming lineup have been made, the most recent of which is the replacement of Heart to Heart. In response to a demand for more apologetics and teaching programs, we have added "Go Ask Your Father" to our weekday lineup, Monday through Friday, at 1pm (EST).

Mother Miriam's conversion story is fascinating and complicated. With a birth name of Rosalind Moss, she was born and raised Jewish. She later became something of an agnostic and converted to Evangelical Protestantism in the 1970s. She engaged in Protestant ministry and wrestled for years with the theological debates between Protestants and Catholics. But in 1995, she finally entered the Catholic Church. 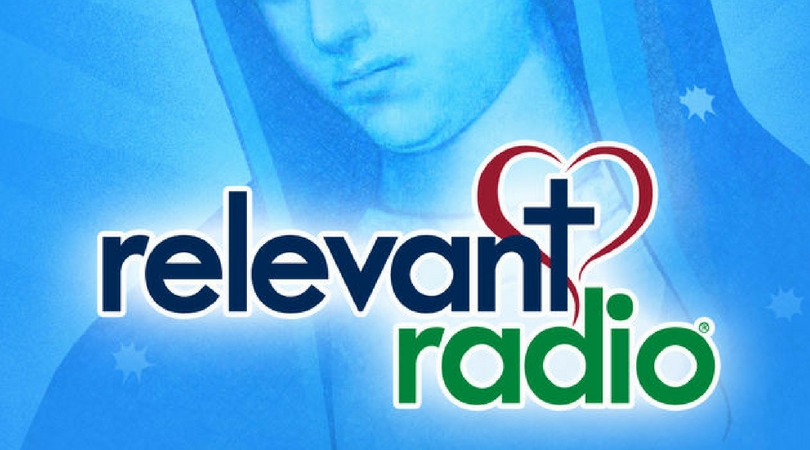 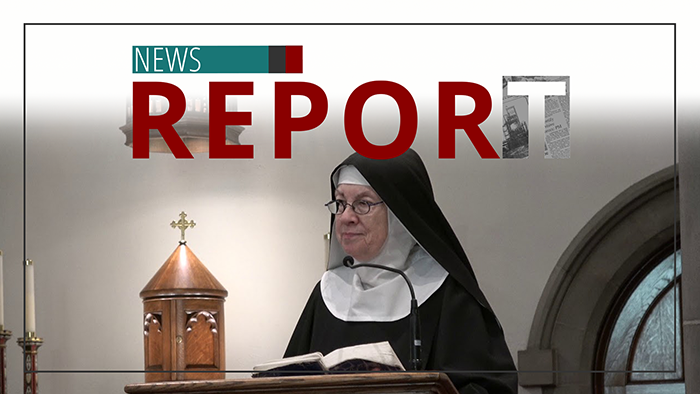