Mammas, Don’t Let Your Daughters Grow Up To Be Athletes 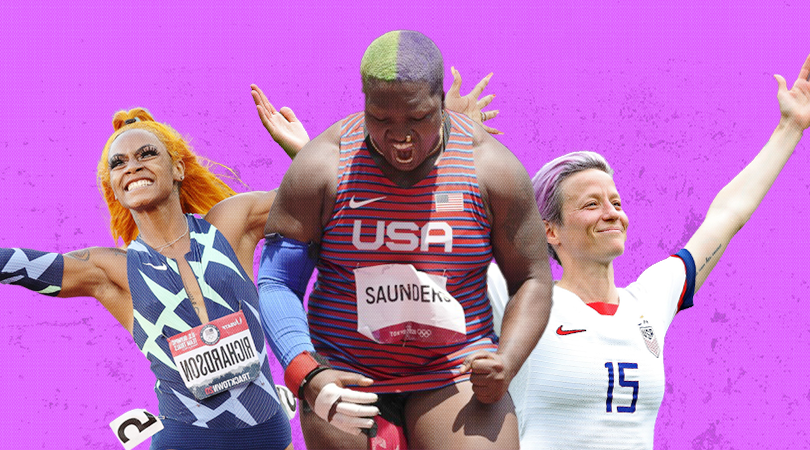 If the "gender-equal" modern Olympics are good for anything, it's reminding the whole world that women's sports are absolutely terrible. And to channel Jerry Seinfeld's quip that Jewish jokes don't offend him as a Jew; they offend him as a comedian, let it be known that women's sports don't just offend me as a person who enjoys competently executed athletic feats; they offend me every bit as much as a Christian. The fact is, God didn't create women to be burly, broad-shouldered, aggressive, alpha, rugged, snarling and ruthless — traits that are hallmarks of good athletes. Quite the opposite: God created women to be modest, demure, warm, nurturing, passive and receptive — all the secret ingredients to ensure you're consistently picked dead last during recess kickball. And this explains why pretty much everyone (leaving aside the most strident feminists) is so viscerally put off by the butch viragos that comprise the WNBA, professional women's soccer, Invicta Fighting Championships, and the rest of that ilk. I'm thinking of you, Gwen Berry.

Now, don't get me wrong — many brainwashed zombies on both the Left and the Right force themselves to regurgitate the hollow rightspeak that professional women's sports are admirable (and they'll even jump at the chance to sneer at and scold honest detractors), but they know somewhere down deep that the opposite is true, that womansport is simultaneously atrocious and perverse. The abysmal ratings testify to this "unspeakable" truth.

Few are impressed with "elite" female athletes because, in the end, all they're really doing is beating a bunch of women at sports — not a tall order. If the WNBA weren't the shrewish equivalent of a mediocre high school junior varsity boys team and if the vaunted U.S. women's national soccer team could actually prevail over an under-15 boys' squad (they lost a 2017 scrimmage 5–2) and if Venus or Serena Williams could beat the No. 203 men's player Karsten Braasch (he spanked them both on the same day, 6–2 and 6–1, respectively), then more than a handful of masochists and ideologues would actually spectate their events. But hey, Megan Rapinoe "deserves" equal pay with LeBron James, right? (Rolls eyes.)

But even if mindless aficionados of sport would tune in to watch man-aping female athletes compete should they somehow, someday transcend the limits of their gentle nature and frail physiques, Christian folk of good conscience would still find their contests morally repugnant. Indeed, to push women to cultivate leadership, competitiveness, toughness, dominance and belligerence represents a grave disservice — an existential affront — to our mothers, sisters, daughters and wives. Such attributes are uniquely and exclusively masculine; they are corollaries of our duties to be patriarchs, sentinels, protectors and providers; things of beauty when instantiated in members of the male sex, but quite out of place and detestable when incorporated into our helpmates, the members of the weaker sex, whom God destined to reflect His glories in an altogether different way than men.

Few are impressed with 'elite' female athletes because, in the end, all they're really doing is beating women at sports — not a tall order.

That said, know that it's every bit as perverse for women to engage seriously in competitive sports as it is for men to play with dolls or to have mid-afternoon tea parties or to binge-watch romantic comedies or to drive any vehicle made by Volkswagen. Honest red-blooded men think of female athletes approximately the way women think of male hairdressers — that they're farcically engaged in an occupation ill-befitting their sex, and they're obviously in the throes of a chronic identity crisis (but unlike female athletes, male hairdressers can still be objectively good at their chosen profession).

That competitive sport and femininity are antagonistic is confirmed by simple anatomical observation. When women undertake a serious and rigorous physical training regimen (no, not your hackneyed Pilates courses or Cross Fit sessions), they become less attractive to men as their natural hourglass silhouettes mutate into distorted figures characterized by either misplaced protozoan bulk or waify emaciated sinew. Grotesque female athletes are the rule, not the exception. And no sane person wants his daughter to grow up to resemble them. Sorry — just being honest.

Note also that intense training routinely causes women to suffer a group of serious health conditions known as the "female athlete triad," which consists of amenorrhea (loss of period), osteoporosis (bone weakening) and disordered eating. That female athletes commonly lose their period and their ability to conceive has strong symbolic and ontological value: Intense training actually interferes with processes that are part and parcel of womanhood itself. Nature is telling us that athleticism isn't feminine.

Now, compare this to the effect that rigorous exercise has on men: With training, the archetypal male "X" shape is enhanced, resulting in a physique that women find more sexually desirable. And far from rendering male athletes infertile as it does female athletes, exercise raises sperm count considerably — with men in the top tier of physical fitness boasting 73% higher sperm counts than their torpid peers.

And to everybody's complete lack of surprise, there also exists a disturbingly strong link between professional women's sports and lesbianism. During, for example, the 2019 FIFA Women's World Cup soccer tournament, a whopping 41 openly lesbian players or coaches took to the field to compete. By way of comparison, during the real World Cup in 2018, not a single homosexual was numbered among the male competitors. This jibes with the data available to us from other sports. Retired women's basketball "star" Candice Wiggins famously estimated that 98% of the players in the WNBA are lesbians. On the other hand, there are zero "out" homosexuals leaguewide in the NBA. Ditto for the National Hockey League and Major League Baseball. And there is exactly one self-identified homosexual in all of the NFL. I guess football isn't that gay after all, Roger Goodell.

But women's sports are gay. And that's because sports are masculine, and when women spend all their lives crafting identities around what are manly pursuits, striving to achieve something foreign to their nature, they inevitably manifest their disordered mock-virility in other areas of life, namely, sexuality. After all, as the Church teaches in The Truth and Meaning of Human Sexuality, "Sexuality is a fundamental component of personality, one of its modes of being, of manifestation, of communicating with others, of feeling, of expressing."

Many constipated, moderate suburb-conservatives (you know, the kind whose kids grow up and apostatize from the Faith in college, becoming, en route to a useless Chicana studies degree, tattooed bisexual purple-haired Marxist vegetarians), while they do not themselves watch or enjoy womansport (after all, many Boomers came of age in a culture still sane enough to be grossed out by tomboy-ism), have endorsed and facilitated their own daughters entering competitive athletics and have become quiet-but-stalwart advocates for such pyrrhic progress.

These folks may have once harbored an intuitive aversion to counternatural female sport, but when their own daughters, intoxicated by the bilge of a runaway feminist culture, expressed interest in joining organized athletics, they changed their tune in short order — not out of some principled conversion, mind you, but because "that's what every other American automaton is doing so it can't be too wrong, amirite." It's as asinine as Sen. Rob Portman of Ohio "evolving" his anti-gay-marriage stance because he found out his son is a homosexual. Yeah, yeah, your kid has some self-destructive predispositions. It's even more of a reason they need thoughtful guidance and tough love, not blind affirmation. If you love your daughters, you want what's best for them. And becoming coarse, cussin', spittin' beasties at the expense of their winsome feminine refinement ain't it.

I'm well-aware of the backlash that this article will yield for me, but, as the kids say, "whatevs." This stuff is the elephant in the room and someone has to point it out — because compromised conventional conservatives won't. I do take great solace in the fact that virtually 100% of people from the dawn of the human race till about 1962-ish would agree that womansport is toxic to and unbecoming for the fairer sex. Indeed, somewhere in my dusty library of forgotten lore, I have an early 1900s secular etiquette manual, and it scoffs at the notion of incorporating women into competitive athletics.

That said, let's do the world a favor; let's do our daughters a favor: Steer girls in the direction of a ladylike pastime and away from the silly spectacle of women's sports. Their souls, bodies and sexualities will be better off for it, as will Western society.

Note: None of this is to say women shouldn't exercise, or even play sports casually with friends — they certainly should. The distinction is that exercise and sports should always serve as leisure/recreation for women, never as a way life. I regularly play soccer with my wife and daughters, and my oldest girl throws a pretty mean football spiral.

David Gordon holds university degrees in political science, law and theology. He is co-author of Rules for Retrogrades: Forty Tactics to Defeat the Radical Left. Gordon is an associate copy editor and writer at Church Militant, a co-host of the Resistance Podcast with Joe Gallagher and the archnemesis of feminism. 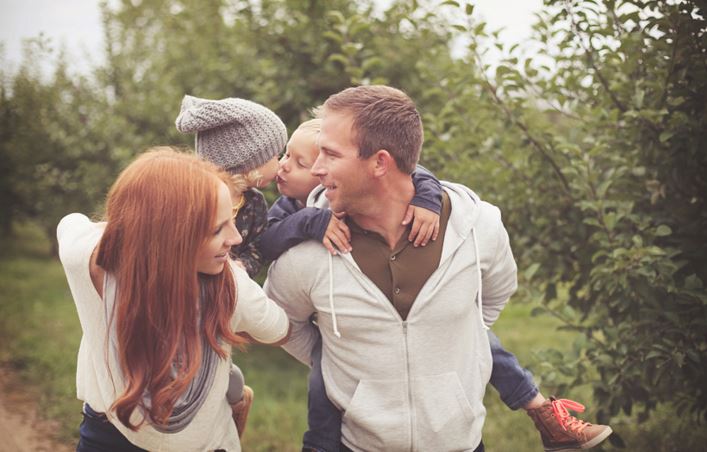 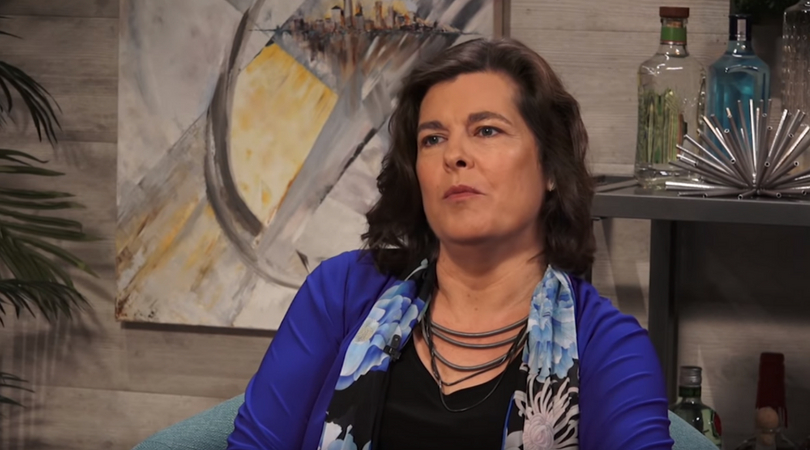 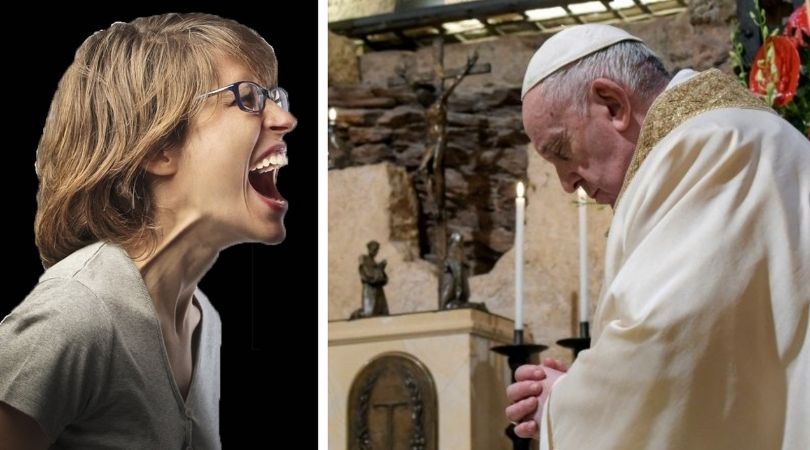