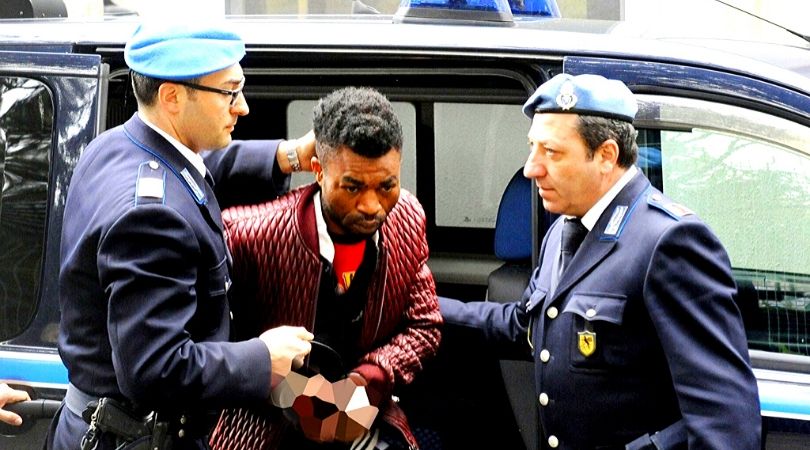 ROME (ChurchMilitant.com) - In December, the Italian magazine Panorama published a bombshell interview with Alessandra Verni, mother of Pamela Mastropietro, an 18-year-old girl brutally raped, murdered and dismembered in 2018 by an illegal migrant from Nigeria. The case highlights the looming menace of Nigerian mafia groups quickly consolidating across Europe, as well as the disregard of high-ranking Church officials, who continue claiming that embracing unrestricted migration is a Christian duty.

In January 2018, Pamela Mastropietro left a drug addiction recovery center in the province of Macerata, 125 miles northeast of Rome. Before heading back home in Rome, she stopped to purchase heroin, thus meeting her killer, Nigerian drug dealer Innocent Oseghale.

A year earlier, Oseghale had been convicted for drug trafficking and sentenced to immediate deportation after his incarceration.

But the convicted criminal was not returned to Nigeria. He went on to sexually assault and murder Mastropietro — an offense widely covered by Italian media, as his crime shocked the country for its cruelty.

After mortally stabbing his victim twice, Oseghale dismembered her "with scientific method," as described by the medical examiner in the case. Before stuffing Mastropietro's body parts into two suitcases, the assassin meticulously washed each part with bleach in a bid to cover up evidence.

When the suitcases were found on an isolated roadside, the first thing that caught the attention of police was the fact that Mastropietro's remains were clean and bloodless, with the skin removed from the body and neatly folded "like a dress."

Extracts from phone conversations intercepted between two of Oseghale's friends — both of them Nigerian and initially investigated as accomplices but later acquitted — reveal discussions about the best way to get rid of the corpse: "It would have been better to have eaten the pieces of the body. The only problem would be the head. He [Oseghale] would have to throw it away. But everything else he could have kept inside the fridge, and whenever he wanted, cook it and eat it."

Oseghale was condemned to life in prison for "homicide of unprecedented gravity, paired with a total and inhumane insensitivity, evidenced by the conduction of the dismemberment of the body, lucidly prolonged for hours," according to the pronouncement of the Italian court handling the case.

During interrogation, Oseghale revealed that his local parish has for many months paid the monthly €450 ($495) rent for his apartment in central Macerata (a higher-than-average cost for the zone) where he murdered and dismembered Mastropietro.

In the wake of the crime, the landlord, who had leased the apartment to Oseghale's girlfriend, explained: "People called me a racist because I hesitated to let the place to these people. I was given guarantees, so eventually, I gave in."

He also revealed that from the beginning, things didn't go well:

Neighbors contacted me to say there were more than 10 African migrants living in there, a three-person apartment. ... Then soon the tenants began demanding expensive antennas, newer appliances ... finally she [Oseghale's girlfriend] started asking me to put the lease under her Nigerian partner's name, which I declined. I knew something was off.

The murderer's illicit activities were known in the area, and the police investigation spent many months focusing on his connection with the Nigerian mafia. The connection has been dismissed — a ruling Verni deems inconsistent, as Oseghale had even confessed to an inmate that he was a member of Nigerian mafia group, the Black Cats.

Verni also questions the acquittal of the other suspects: "I know that he [Oseghale] wasn't alone. They blamed it all on one person simply to avoid exposing the rottenness behind it all."

The Nigerian mafia groups in Italy are mostly involved with human and drug trafficking, money laundering, abetting illegal immigration and prostitution. According to 2016 data from the International Organisation for Migration (IOM), around 80% of women arriving in Europe through Mediterranean routes are victims of traffic for prostitution, with a rising increase in the number of minors among the victims.

The Church is merciful with the devil, but not with my daughter

Police are also documenting ritual cultist practices associated with the Nigerian mafia groups. At the time of Mastropietro's murder, Italian psychiatrist and criminologist Alessandro Meluzzi said he was convinced that a Nigerian mafia organization had killed her: "What we have seen in this case are the same methods the mafia systematically employs in Nigeria. It is a routine to cut victims into pieces and, in some cases, to eat parts of their bodies."

During the Panorama interview, Verni professes her Catholic faith several times. She states she only manages to cope because she prays, and she entrusts "everything to Our Lady."

Verni also says that the lack of support from Catholic hierarchy was an additional, devastating disappointment.

Bishop Nazzareno Marconi, head of the diocese of Macerata, accompanied Verni when she went to the morgue to identify her daughter. After a quick prayer, he suggested: "You must forget in silence." Verni says she doesn't know what Marconi meant by these words, but adds that Mastropietro's death, in her mother's words, "was really making too much noise."

On another occasion, during the inauguration of a memorial stone on the site where the suitcases were found, the bishop hurriedly prayed the "Our Father" and quickly left, claiming he was expected elsewhere.

During the long trial process, it came to light that the local Caritas (the Catholic Church's charity confederation, present in every parish in Italy) would frequently take clothes and food to Oseghale in prison, while Verni, has never even "received a single phone call" from Caritas.

And Verni's list goes on: "Even Pope Francis ... who could have said something, remembered my daughter somehow, but ... " she says, before stopping herself.

When Panorama asked her how she felt about her daughter's murderer, Verni fired back with another question: "Tell me, how do you feel about the devil?" She concluded, "the Church is merciful with the devil, but not with my daughter."

Church Militant reached out to the diocese of Macerata for comment, but as of press time, had received no response. 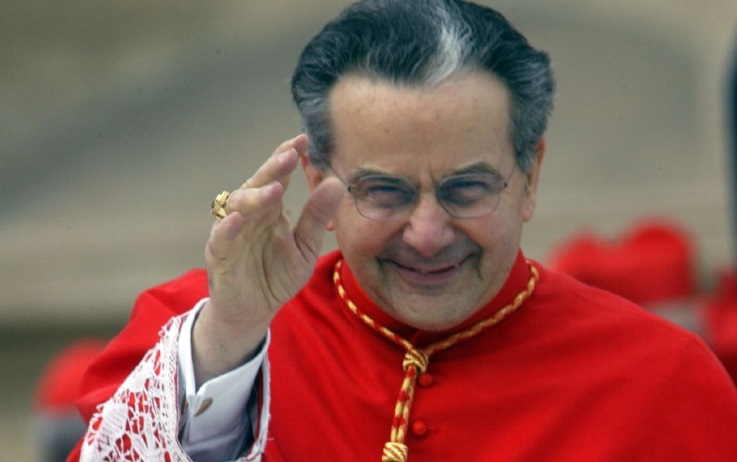