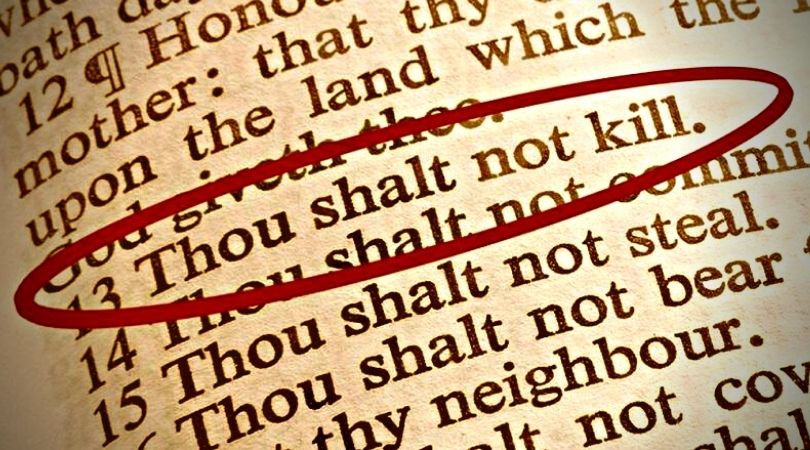 Sorting out the Fifth Commandment

A missionary priest who worked among the native people of the Himalayan Mountains used to tell of an astounding custom among the people. Since murder was considered the most horrible crime that could be committed, the punishment was always death. When a murder had been committed but no one knew who the murderer was, everybody in the village was obliged to pass by the victim's body, which was placed in the main street. As each person passed the body, he'd place his hand on the corpse and take a solemn vow that he'd had no part in the crime. This was an incredibly hard but fitting challenge for the guilty party.

The Fifth Commandment declares: "You shall not kill." All the commandments have deeper implications; the fifth is no exception, implying so much more than simply murder. Some of the sins forbidden by the Fifth Commandment include intentional homicide, abortion, euthanasia, child abuse, sterilization, suicide and all that can lead to physical and spiritual harm to oneself or others. The latter includes anger, fighting, revenge, drunkenness, drug abuse, torments inflicted on mind and body, hatred and even bad example. We'll look at only a few of these violations.

Intentional homicide is the unjust taking of an innocent human life. But that's not to say that all killing is murder. The key to defining murder is the word "innocent." It can be lawful (God's law — not necessarily man's) to take the life of another person when there is no other means to defend one's own life or the life of another.

Saint Thomas Aquinas notes that a single moral act may have a double effect — one intended and the other not: "Accordingly, the act of self-defense may have two effects; one is the saving of one's life, the other is the slaying of the aggressor."

The Catechism goes even further by saying the use of lethal force may even become a moral duty when protecting the weak entrusted to your care: "Legitimate defense can be not only a right but a grave duty for one who is responsible for the lives of others. The defense of the common good requires that an unjust aggressor be rendered unable to cause harm."

The use of lethal force may even become a moral duty when protecting the weak entrusted to your care.

It can also be lawful to take the life of another person in a just war. We will deal with what constitutes a just war in another article.

Taking the life of an unjust aggressor in the defense of an innocent human being opens the door to the discussion of capital punishment. Like abortion, capital punishment has come to be perceived as more of a political issue rather than a moral one. Indeed, few issues are more hotly debated than the death penalty. But the Roman Catholic Church's fundamental moral teachings in this area are unchanging. The advanced state of modern penology, however, may rule out the use of capital punishment in Occidental society but does not render it immoral in principle, as the Church has historically taught.

As an aside, incarceration of criminals is often touted by political and ecclesiastical leaders as being more in keeping with the dignity of man over capital punishment. But as someone with nearly 25 years in a prison apostolate, I can affirm few penal systems in America honor or respect the human dignity of prisoners as they ought. Our prisons today are centers of absolute depravity caused by the State rather than by inmates. While prisons are necessary, the entire criminal justice system is far too corrupt, and Catholics should feel compelled to work for a change in the nation's penal system.

But let's finish this week's article with a brief look at abortion, which include all chemical contraceptives that act as abortifacients. Abortion is the intentional killing of a preborn child at any time after conception. The God-given authority of a parent does not extend to the taking of the life of the preborn child. Abortion in any form is always a mortal sin. The Church has clearly taught from Her inception that abortion is morally evil.

Despite the arguments of the pro-abortion lobby, abortion is never justified, no matter how the child is conceived — including rape or incest. It's easy to understand how a mother would be disinclined to want a child conceived in rape or incest. But the child still has as much right to life as the mother. The Church is very sympathetic to such involuntary mothers. Such mothers can turn to many organizations and agencies associated with the Church that are set up to provide for her counseling as well as temporal and medical assistance. Church-related groups also foster adoption as a moral alternative to abortion.

Abortion is arguably the greatest evil in society today.

The Catholic Church, in canon 1398 of Her Code of Canon Law, decrees that any person who procures an abortion is automatically excommunicated. This penalty extends to anyone who formally cooperates in procuring an abortion and to pro-abortion politicians, who deliberately authorize it. Abortion is arguably the greatest evil in society today, and excommunication is a fitting punishment from Holy Mother Church.

To clarify, excommunication is an ecclesiastical penalty by which a baptized Catholic is excluded from the communion of the faithful for obstinately committing certain grave offenses specified in canon law. Any excommunicated Catholic is deprived of Church membership and its spiritual goods. This status remains until he repents, the offense is absolved and the excommunication for it is lifted by proper ecclesiastical authority. In other words, should an excommunicated person die without repenting, he goes before Almighty God already judged by His Church. 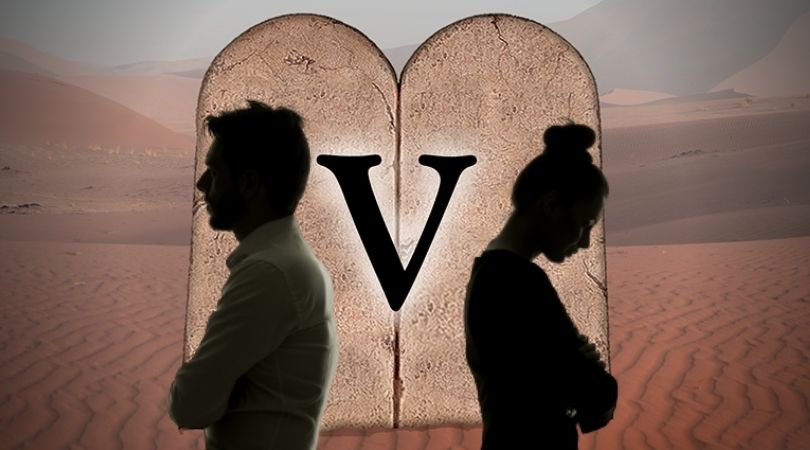