Muslim Intra-Family Abuse on the Rise in Italy 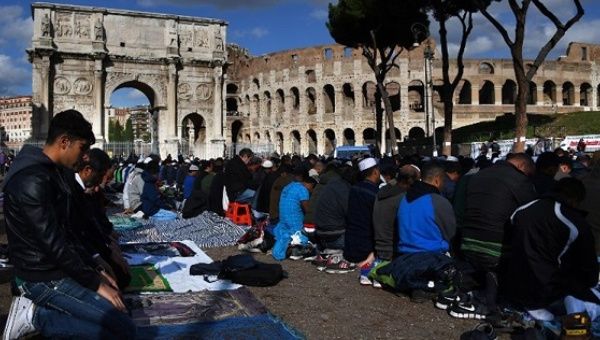 She also said her family wanted to forbid her to study, because, according to her mother, "Education is useless to a wife since her husband will look after her." After the wedding she would be sent to Egypt to be with her mother-in-law, "where she couldn't be rebellious anymore."
The Egyptian girl is a straight-A student who was left feeling desolate as her family threatened to send her away from her life in Turin: "I want to study because I want to change my life," the girl had said. "I don't want to marry a man that I don’t know and love."
The girl"s mother was reported to Turin's Prosecutor's Office, and the 15-year-old entrusted to a local community. A few days after the girl reported her situation, the police went to check on her and she looked "happy and serene," and was already back at school.
Another similar case emerged in the city of Pavia, also at the beginning of April. A 15-year-old girl was taken from her Moroccan family and placed temporarily in a community for minors owing to recurrent physical abuse. The girl reported her father and older brother after an incident where she ended up in the emergency room with bruises and contusions, given a prognosis of 31 days for complete healing.
According to the victim, she was repeatedly whipped with belts and computer cables for "behaving like her Italian friends." On one occasion, her 35-year-old brother rushed into her room and beat her with a broomstick because she returned home too late. The mother, convicted of child abuse 12 years ago in a case involving an older sister, reportedly encouraged the customary beatings.
The girl declared her family couldn't stand her “inappropriate behavior," would call her "a whore" and even wish for her death. "You're not like us; you're better off dead,'" they said, according to her. "You want to be like your Italian friends; only girls who are no good dress like you do."
The family's lawyer claims the parents are "baffled" by the accusations, and that they beat their daughter because she refuses to go to school and always comes back home late at night. They claim the beatings had nothing to do with her "westernized" behavior. They also deny the use of cables and belts.
The lawyer does admit that owing to cultural differences, the family applies "a diverse way of educating: In Morocco it's normal for parents to use a heavy hand with their children."
A cultural mediator was called to deal with the matter, and according to prosecutor Ciro Cascone, "These episodes made us understand that a lot of times integration is more necessary for the parents than for the children born here."
Gian Marco Centinaio of the Northern League commented, "Facts of this gravity cannot be tolerated. Those who are not interested in integration and think they can bring sharia here have no place in our country, and they should be expelled."
Those who are not interested in integration and think they can bring sharia here have no place in our country, and they should be expelled.
And in Bologna, the parents of a 14-year-old girl are being accused of shaving their daughter's head against her will because she no longer wanted to wear a hijab. When questioned by her teachers, the girl claimed her mother imposed the punishment after seeing her daughter remove her hijab immediately after leaving the house. The girl also told teachers she wasn't allowed to speak to boys and that she suffered "psychological violence" from her parents, Muslims from Bangladesh.
The concerned teachers alerted the police, and the girl was immediately taken away from her family. 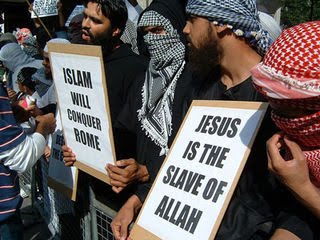 Her two other sisters, ages 15 and 17, remain with the family. The older sister gives a different version of the facts and says her younger sister herself had asked to be shaved because of a previous haircut that had gone wrong (a version also told by the parents, who further justify their act claiming the girl had lice). The sister and the parents state firmly there was never any obligation to wear the hijab in their family.
"I don't know where my sister is," said the 17-year-old. "My parents don't know where my sister is. This is unbearable."
The case got so much attention from the media that even former Prime Minister Matteo Renzi gave a statement: "All of us know, as parents, how painful it must be to have a child taken away, but it's our duty to say this was the right choice."
Giuseppe Spadaro, president of the Juvenile Court of Bologna, tried to remove the focus from Islam. "First of all we need to consider the minor's protection," he declared. "Let's avoid the politicization of the matter. There are also Italian parents who abuse their children."
And Monday, in Sant’Anastasia, in the outskirts of Napoli, police arrested a Moroccan man for aggravated intimidation, kidnapping and abuse of his 28-year-old wife. The first reconstruction of the facts, according to the victim and witness descriptions, shows that the woman had been severely beaten "for being too westernized," more specifically for refusing to wear a burkha.
She was reportedly locked inside a bathroom so she couldn't call for help. Somehow she managed to escape, afterward helped by passersby who called the police when they found the injured woman collapsed on the floor.