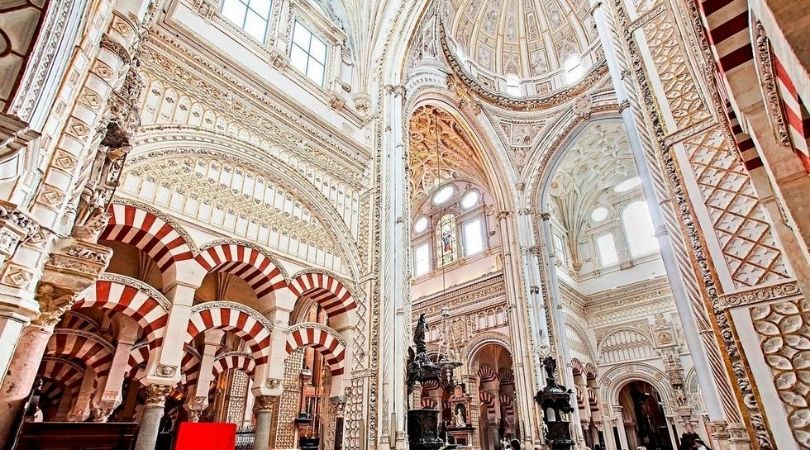 ROME (ChurchMilitant.com) - The ruler of Sharjah — the third largest and third most populous city in the United Arab Emirates — is demanding the conversion of Córdoba's Catholic cathedral into a mosque days after Turkey ordered the Islamic takeover of Hagia Sophia basilica.

Sheikh Sultan bin Muhammad Al-Qasimi, sovereign of one of the seven emirates that make up the United Arab Emirates (UAE), told Sharjah News that Córdoba Cathedral, located in the Spanish region of Andalusia, was "a gift" to Christians "who do not deserve it."

"They do not own it" since the cathedral "belongs to Muslims," His Highness Sheikh Sultan III insisted in an interview on July 16.

The ruler said he was demanding "the return of the Mosque of Córdoba, which was granted to the Church."

El Día de Córdoba news noted that Córdoba Cathedral "had been used on several occasions to justify the conversion of Hagia Sophia into a mosque," by senior Turkish officials, as well as Muslim historians and theologians.

Turkish foreign minister Mevlüt Çavusoglu told public broadcaster TRT that "the Córdoba Mosque in Spain, built as a mosque in the eighth century, was converted into a church in the 13th century."

"Is it used as a church today? Yes. Is it on the World Heritage list? Yes," he argued.

Turkish historian Lütfi Seyban pointed out that Muslims cannot pray in the Córdoba Cathedral, where Mass is celebrated.

Speaking to Church Militant, eminent Islamic historian Robert Spencer said that "attempts to draw an equivalency between Hagia Sophia and the Córdoba Cathedral are based on ignorance of history."

"The Córdoba Cathedral was indeed once a mosque. But that mosque was originally built on the site of a Visigothic church that the invading Muslims destroyed," Spencer explained.

"If we're going to go back to the original use of both lands, then both Hagia Sophia and the Córdoba Cathedral should be cathedrals," affirmed the author of The History of Jihad: From Muhammad to ISIS.

Attempts to draw an equivalency between Hagia Sophia and the Córdoba Cathedral are based on ignorance of history.

But there is an old Islamic adage, "Islam must dominate, and not be dominated," and that is what we see at work here. As far as the Sharjah sultan is concerned, any building that was once a mosque should always be a mosque, as Islam must be ever-growing, ever-expanding (hence its affinity for the color green, the color of spring, of growth).

In his media interview, Sheikh Sultan III claimed that "the municipality gave the mosque to the Church, who is the current owner of the Córdovan edifice."

Spanish social media erupted with outrage over the Muslim claim of cathedral's ownership. "After turning Hagia Sophia into a mosque, they now go to the Córdoba Cathedral. Let's defend our culture and our symbols against those who want to end them," conservative political party Vox España tweeted.

Vox España has been campaigning for the monument to be referred to as a "cathedral" and not a "mosque-cathedral," which is how the Cathedral of Our Lady of the Assumption is officially referred to all over the world.

Meanwhile, Abp. Elpidophoros of the Greek Orthodox Church in America said he met with President Donald Trump and Vice President Mike Pence Thursday in the White House to communicate his "grave dismay at the re-conversion of Hagia Sophia into a mosque, as well as ongoing security concerns for the Ecumenical Patriarchate and issues of religious liberty."

"America will stand firm with the Greek Orthodox Church in the call for Hagia Sophia to remain accessible as a source of inspiration and reflection for every person of every faith," Pence responded.

In 2010, Bp. Demetrio Fernández of Córdoba, rejected any proposal for sharing the cathedral with Muslim rites performed in its precincts. Fernández asserted that such a proposal "is a euphemism that means: Catholics, get out!"

"Therefore, the answer to the question about the shared use of the cathedral is that no, we are not leaving, because the Catholic Church has been in this space for 16 centuries, while Muslims have been here for only four and a half centuries," the bishop declared.

Historian Darío Fernández-Morera, in his groundbreaking book The Myth of the Andalusian Paradise: Muslims, Christians, and Jews Under Islamic Rule in Medieval Spain, describes how "in reputedly tolerant Muslim Córdoba," Muslim king "Abd al-Rahman I demolished the stately Christian basilica of Saint Vincent [784 AD] to build upon it his mosque."

Fernández-Morera dismisses the repeated claim made by many scholars in the English-speaking world that "Muslims initially 'shared' the church of Saint Vincent as well as other Christian shrines."

But there is an old Islamic adage, 'Islam must dominate, and not be dominated,' and that is what we see at work here.

"In a way that is typical of the academic approach to Muslim Spain, the University of Córdoba website carefully avoids mentioning Abd al-Rahman's destruction of the Catholic church," Fernández-Morera laments.

Rather, according to Muhammad ibn al-Razi (887–955), one of the earliest Muslim historians of the Islamic conquest, what Abd al-Rahman I did to the church of Saint Vincent was part of the Umayyad ruler's policy of destroying the shrines and saintly relics of 'the polytheists' [i.e., Christians].

King Ferdinand III turned the mosque back into a Catholic church in 1236 after reconquering Spain from the Muslim invaders.

"We invite you to create a new example, to send a message of hope to the world," urged the letter, published on the Spanish Muslim website Webislam, arguing that conversion of the cathedral to a mosque would create a "unique ecumenical space."

"Do not fear. Together we can show the violent, the intolerant, the anti-Semites, the Islamophobes and also those who believe that only Islam has a right to remain in the world, that prayer is the strongest weapon imaginable," the letter stated.

In 2004, the Pontifical Council for Interreligious Dialogue rejected a similar plea, refusing to intervene in the governance of the Spanish bishops, who have not agreed to permit Muslim prayer at the cathedral.

"Spain was part of the battle cry of the Reconquista, and many Muslims (including Osama bin Laden) have claimed a right of return to and rule in al-Andalus, which they consider — like Palestine, the entire Middle East, and other areas of the world once conquered by Islam — an inalienable 'Islamic bequest' (Waqf)," warns Fernández-Morera. 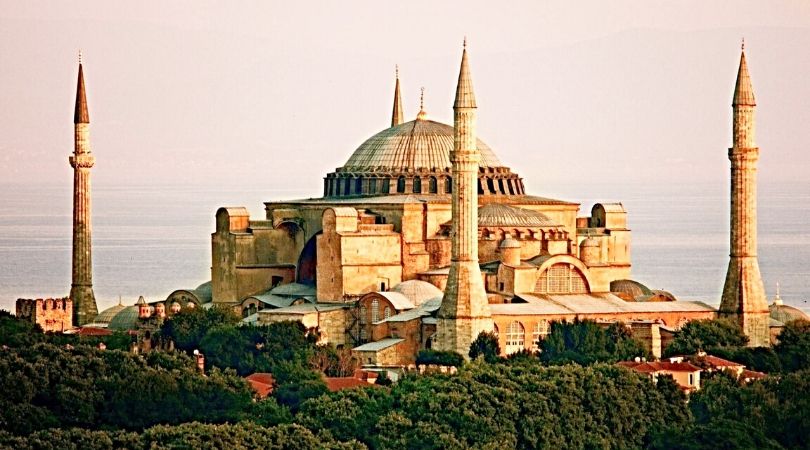