ROME (ChurchMilitant.com) - Thousands of Muslims in Rome Friday protested outside of the Colosseum after the Italian government ordered three mosques to be shut down.

Pamela Geller, editor and publisher of the Geller Report, spoke to Church Militant about the demonstrations. "It was a gesture of defiance and a proclamation, in the cry of 'Allahu akbar' (Allah is greater), of the superiority of Islam and its ultimate victory over Christianity," she said.

The mosques, known as "mini-garage mosques," were shut down by Italy's interior minister Angelino Alfano, who said the mosques were difficult to monitor for extremism.
We asked Geller what would happen if the government had permitted the mosques to operate. "If mosques are allowed to proliferate without any government supervision, jihad preaching will also proliferate."
She added, "Every jihad attack in Europe is evidence of this." Islam in Italy is not recognized as an official religion, and therefore they do not have the right to worship on the Mediterranean peninsula. 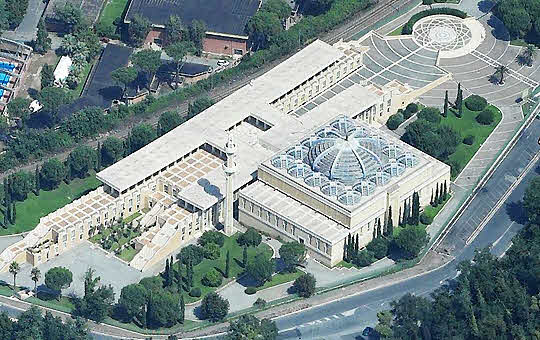 The Muslim group organizing the protests, the Dhuumcatu Association, accused the Italian government of criminalizing Islam. In an official statement translated from the Dhuumcatu website, it stated, "We are fed up with the criminalization of our worship branded as abusive. There is no reference standard, and we cannot invent solutions independently from governments."

Earlier this year, the Italian region of Liguria passed what were dubbed the "anti-mosque laws." The laws give local government the power to decide the appropriate architecture and location of mosques.

Geller urged Catholics to "[r]ecover a sense of their own identity and of the threat of Islam. Stop persecuting and silencing Catholics who call attention to the nature and magnitude of the jihad threat."

Rome is currently home to the largest mosque in the Western world. The mosque can easily accommodate all Muslims in Rome.