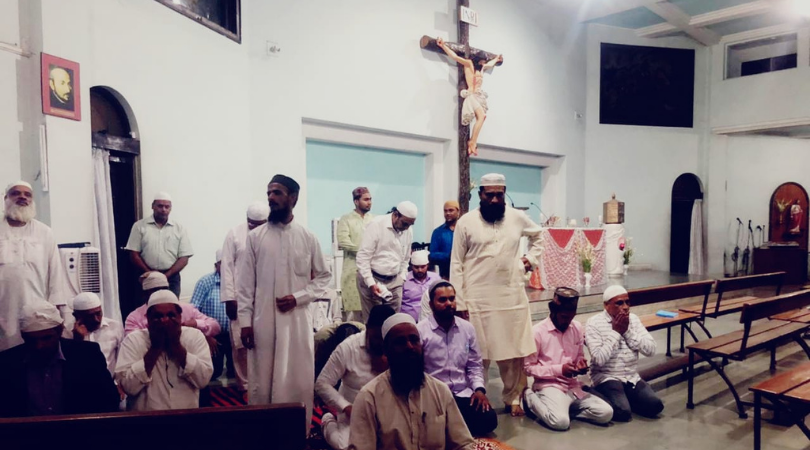 MUMBAI, India (ChurchMilitant.com) - Faithful Catholics are slamming the archbishop of Bombay after churches hosted Ramadan meals and prayers and rang church bells to usher in the breaking of the Islamic fast.

Hindus ridiculed Catholics on social media as Muslims prayed with their backsides offensively thrust up towards the crucifix and the Blessed Sacrament in a church led by the Jesuits of the Bombay province.

"Will the Muslim community reciprocate the gesture and allow Catholics to offer Holy Mass in their mosques?" Blaise Gomes, with the Association of Concerned Catholics, asked Bombay's archbishop, Cdl. Oswald Gracias, in a strongly worded letter on Saturday.

Such acts would only serve to provoke the Hindu-fundamentalist government, Gomes wrote. Christians and Muslims are facing mounting persecution from India's Hindu-nationalist rulers. "Wake up, Hindus, you are being played," a Hindu priest tweeted.

Gomes also asked the archbishop if Catholic churches would begin hosting idols of the elephant-headed deity Ganesha during the popular Hindu festival of Ganesh Chaturthi and if Catholics would be asked to marry Muslims "to show solidarity and unity."

Gracias responded to Gomes, categorically stating that Gracias had "not given permission for the use of church premises for religious ceremonies of other religions" and there may have been "some misunderstanding."

However, en route to Rome, Cdl. Gracias responded to Church Militant's request for comment, defending the decision to host iftar meals in churches, since "the iftar meal is a fellowship meal." The cardinal, who is a member of Pope Francis' inner circle of nine consultors, elaborated:

Inter-religious dialogue is one of the priorities of the Catholic Church, and you are aware that there have been many contacts between the Catholic Church and people of other religions. Pope Francis, on his visit to Abu Dhabi, gave us a good example of how God's kingdom can be spread. All religions should work unitedly for peace.

World-renowned historian Robert Spencer, whose research focuses on Islam, explained to Church Militant that the iftar dinner is a ritual meal loaded with religious significance and that reducing it to a mere fellowship dinner is considered demeaning to Islam.

By participating in iftars, Christians are helping celebrate an imperative to conquer and subjugate them.

Spencer, author of 23 books on the Muslim faith and the Middle East, emphasized:

Iftar is not just a meal. It is the breaking of the Ramadan fast every evening. Ramadan is a month devoted to intensifying one's observance of Islam and growing more righteous. In Islam, the most righteous deed of all is jihad, which most prominently involves warfare against — and the subjugation of — non-Muslims.

Muslims pray with their backsides to the crucifix and tabernacle at Holy Cross Church, Nashik

The scholar, who published his bestseller The Critical Qur'an: Explained from Key Islamic Commentaries and Contemporary Historical Research this month, warned:

Cardinal Gracias, like all those who pursue this chimerical "dialogue," is naive. They're falling for what many Muslims have noted is an instrument of Islamic proselytizing and an attempt to limit criticism of jihad violence and Sharia oppression, rather than a genuine give and take. By participating in iftars, Christians are helping celebrate an imperative to conquer and subjugate them.

For all their iftar meals, Catholic hierarchs and other proponents of "dialogue" have never saved a single Christian from being persecuted or a single church from being destroyed by Islamic jihadis. Cardinal Gracias should ponder that and study why it might be so. But he won't.

While the Mumbai-based parishes of Our Lady of Lourdes, Orlem and St. Peter's Church, Bandra (a Jesuit parish), hosted iftar meals and prayers on church and school property, Holy Cross Church in Nashik invited Muslims into the church to pray and break the Islamic fast.

Why is a Catholic priest offering namaz?

Jesuit parish priest Fr. Vincy D'Mello joined the Islamic prayers and told the worshippers "they could perform the namaz (Islamic prayer) in the church itself in the direction where there was no deity," Ajmal Khan, secretary of Aims Charitable Trust, said.

The posture of irreverence to the crucifix and tabernacle triggered widespread mockery on social media, with a Hindu tweeting: "Notice how namaz is being done opposite to Jesus." The commenter also used a vulgar word in Hindi for "buttocks," adding that the Muslims were "showing their a**es [to Jesus]." Another commenter posted, "Not a good gesture, showing bum to cross."

Others claimed that Abrahamic religions were joining to target Hinduism but that once "their common enemy" was vanquished, Muslims would finish off Christians as "happened in Lebanon." A Hindu asked, "Why is a Catholic priest offering namaz?" Scores of commenters also said the gesture of liturgical hospitality would never have been reciprocated by Muslims.

A Shariah scholar (who is currently facing the Islamic death penalty for converting to Christianity) examined the video of the Muslim prayer service in Holy Cross Church and said that Arabic recitations were from Sura 1:7 (Al-Fatiha) and Sura 105:1-5 (Al-Fil) of the Qur'an.

The scholar also cited Tafsir al-Jalalayn's commentary on verse 7 of the Al-Fatiha Surah, explaining that the Surah pronounces a curse on Jews and Christians for rejecting Islam and following a false religion.

Cardinal Gracias, like all those who pursue this dialogue, is naive.

According to the classic Qur'anic commentator Ibn Kathir, the two paths "described here are both misguided," and those "two paths are the paths of the Christians and Jews — a fact that the believer should beware of so that he avoids them."

Sura Al-Fil refers to the defeat of the Yemeni Christian ruler Abrahah, who led his army of soldiers and elephants into Arabia (A.D. 570), intending to destroy the sacred Ka'bah in Mecca. Allah supposedly sent flocks of birds that struck the Christian invaders with stones.

"Both texts are clearly supremacist and speak of Islam as the true religion and Muhammad as the true prophet triumphing over Christianity — a false religion which idolatrously worships the Trinity and blasphemously proclaims Jesus to be God," the scholar noted.

"The first epistle of St. John warns us that the antichrist is the one who denies the Father and the divinity and messiahship of the Son — precisely what Islam does," he said. "And St. John's second epistle asks us not to fellowship with such deniers — precisely what Catholic priests are doing in the name of dialogue."

Vicar of Our Lady of Lourdes, Fr. Michael Pinto, told local media that "the essence of every religion is to spread peace, unity and harmony."

Church Militant contacted Fr. Pinto and asked him to justify his theologically reductionist statement, given that each religion has its own specific "salvific" goal and none can be reduced to a United Nations-like organization "spreading peace, unity and harmony." Pinto did not respond to our request for comment as of press time.

The Vatican's Ecumenical Directory (which lays down guidelines for hosting the services of non-Catholic Christian denominations) states that "Catholic churches are consecrated or blessed buildings" which are "generally reserved for Catholic worship." It urges "judicious consideration to be given to the reservation of the Blessed Sacrament" when Protestants are invited into Catholic churches for prayer.

However, under the Francis pontificate, the Pontifical Council for Interreligious Dialogue has encouraged Catholics to join in the Islamic iftar meal on the occasion of the Muslim festival of Ramadan. In a 2020 Ramadan greeting to Muslims, the Vatican dicastery quoted the prophet Isaiah, affirming that "a place of worship of any religion, therefore, is a house of prayer,'" Church Militant reported. 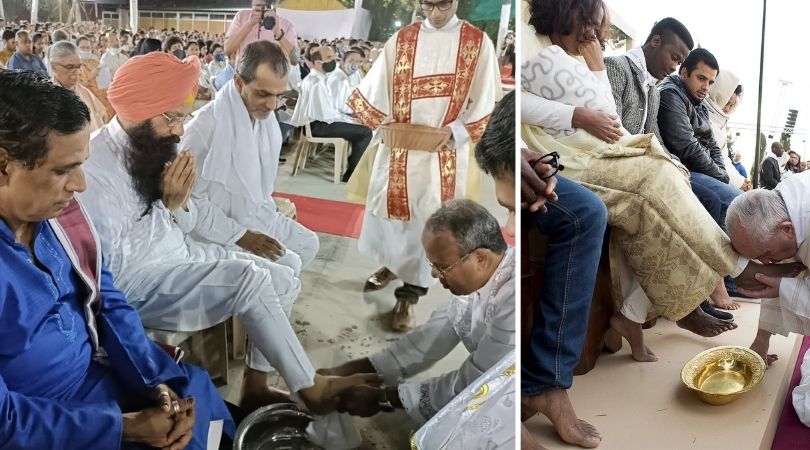