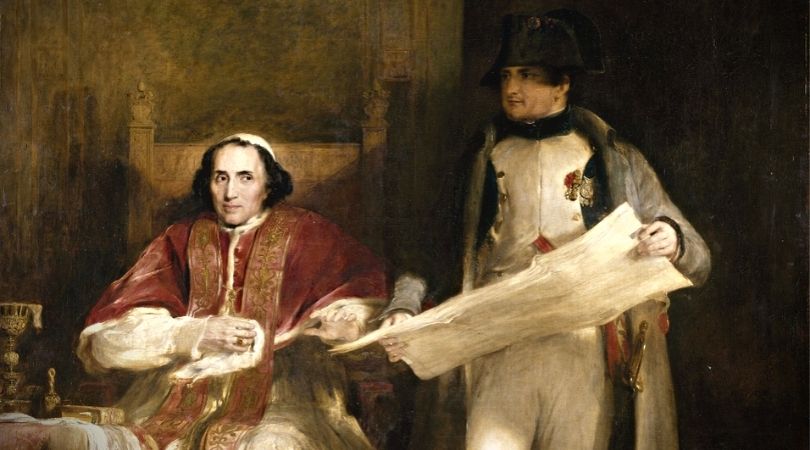 One of the most mighty rulers in the history of the world was Napoleon I: He had all of Europe at his feet. The year 1804 was set for Napoleon Bonaparte's coronation as emperor of France, and he invited Pope Pius VII to officiate. He even tried to persuade the Roman pontiff to move the papal throne to Paris. With high-sounding language and energetic gestures, the conqueror set before the Holy Father the advantages of such a change.

"How well you act comedy," the pope remarked.

Angered by this remark, Napoleon snatched up a drawing of St. Peter's Basilica at Rome, tore it to bits and exclaimed, "This is what I will do to the Church! I will completely crush Her."

And tragedy it proved to be. Twice Napoleon practically put the pope in prison. Then he grabbed the Papal States of the Church. Exactly four days after that move, Napoleon suffered his first defeat in battle. And the pope, a prisoner, old and weak, knew his rights and duty. When he excommunicated the emperor in 1809, Napoleon scornfully remarked, "Does the pope think that the weapons will fall from the hands of my soldiers because of his excommunication?"

A few years later, an army report from the icy plains of Russia claimed weapons were falling from the soldiers' hands.

Napoleon was forced to a disgraceful retreat from Moscow in 1812, and the following year, he was completely beaten by the allied armies. In the same castle of Fontainebleau in which he had kept the pope a prisoner, the emperor of the French had to sign his own abdication. Pius VII had, in the meantime, returned to Rome amid the rejoicing of the Christian world.

Upon establishing the Church on St. Peter as the rock, Jesus said, "And the gates of Hell shall not prevail against it" (Matthew 16:18). This was Jesus' promise that the Catholic Church would stand until the end of time — that no force in Hell or on earth could ever destroy Her, and that She would remain in her absolute purity as a divinely created entity.

Upon establishing the Church on St. Peter as the rock, Jesus said, 'The gates of Hell shall not prevail against it.'

Throughout history, there have been many antichrists. The very first was the Roman emperor Nero, who murdered Catholics with abandon in his attempts to destroy the Church. He was followed by other Roman emperors over the next 200+ years. There were also many others: Among them are Attila the Hun, Muhammad, Martin Luther, Henry VIII, Stalin, Hitler and even the Democratic Party.

Despite all the Church's many enemies and assaults upon her existence and sovereignty, she continues to stand today, as always, in perfect continuity for 2,000 years. No other government, nation, organization or entity of any kind can make that claim. The question we must ask ourselves is "Why would Jesus make the guarantee the Catholic Church would last until the end of time?"

The first thing to understand is when Jesus talked about the "Kingdom of God" or the "Kingdom of Heaven," He was talking about the Church. The Catholic Church exists on three planes of existence: She exists on earth (the Church Militant), in Purgatory (the Church Suffering) and in Heaven (the Church Victorious) — all simultaneously. With this understanding of the Church's existence, we can go back and read the Gospels and see they have a much better, brighter meaning for us, rather than the confused understanding of our separated brethren. Jesus made His Church indefectible so She would last until the end of time.

Jesus also made His Church infallible. Why? Well, would a good God "who desires all men to be saved and come to the knowledge of the truth" (1 Timothy 2:4) fail to provide His revelation with a living, infallible teacher? Would a just God command us to believe all that He teaches under penalty of Hell (Mark 16:16) and at the same time leave us to the mercy of every false and lying teacher, preaching a gospel opposed to His (2 Peter 2:1; Galatians 1:8)?

For 2,000 years, the Church has taught the same Faith in perfect continuity.

No! The Church Christ founded is everywhere spoken of in the New Testament as a divine, infallible teaching authority! Because Jesus and His Church are one, and because He is an infallible God, His Church must also, by necessity, be infallible.

For 2,000 years — from St. Peter to the present — the Church has taught the same Faith in perfect continuity, without so much as a smidgen of change in Her teachings on matters of faith and morals.

As Catholics, then, we have two primary responsibilities. The first is to obey Holy Mother Church in all matters of faith and morals, because obedience to the Church is the only way we can know we are obeying Christ. The second is to reach out to other people in a spirit of true ecumenism. In other words, we have the duty before Almighty God to share our Faith with lapsed Catholics and non-Catholics to bring them into the Catholic Church. 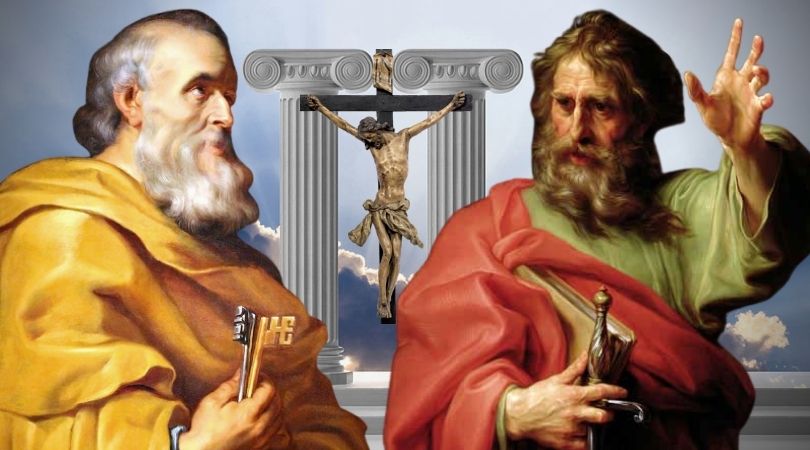 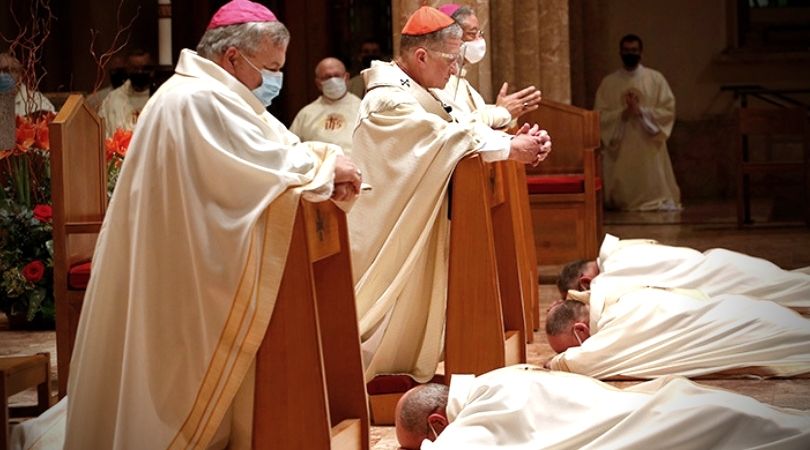