Fr. John Jenkins: 'There's a tendency, and I don't think it's a helpful tendency in this kind of situation, to turn the perpetrators into monsters'

SOUTH BEND, Ind. (ChurchMilitant.com) - The president of the University of Notre Dame is defending the decision to not revoke ex-Cardinal Theodore McCarrick's honorary degree.

In an interview with Crux on Nov. 5, Notre Dame President Fr. John Jenkins warned against demonizing those who stand accused of sexual abuse, claiming that abusers often live an incoherent double life. He argued, "There's a tendency, and I don't think it's a helpful tendency in this kind of situation, to turn the perpetrators into monsters."

Speaking about alleged sexual predators such as McCarrick, Fr. Jenkins added that there is a tendency "just to imagine that they are thoroughly corrupt people; but the problem is that it's not true. It's a part of their lives that is deeply problematic, but another part that is not. And that's why it's so hard to identify the problem, and sometimes, that person doesn't seem to see the problem."

There's a tendency, and I don't think it's a helpful tendency in this kind of situation, to turn the perpetrators into monsters.

When news broke this summer of McCarrick's alleged sexual predation, other Catholic universities revoked honorary degrees they had bestowed upon the now-disgraced prelate. But Notre Dame has not rescinded the honorary degree given to McCarrick in 2008. Father Jenkins explained in a statement from early August, "While the University finds the alleged actions reprehensible and has no reason to question the review board's findings, it recognizes that McCarrick maintains his innocence and that a final decision in the case will come only after a canonical trial in Rome."

Father Jenkins noted that the university rescinded an honorary degree given to comedian Bill Cosby only after he was found guilty of sex crimes in a court of law. He stated, "As in the case of Bill Cosby, we will wait until that trial is concluded to take action regarding McCarrick's honorary degree."

Using the McCarrick case as a touching-off point, Jenkins waxed about the tragic reality of sin, saying, "It's tragic, and by this I don't mean to imply not culpable, but there's a deep tragedy here."

"As with many people who are responsible for such acts — I haven't spoken with him, so I'm speaking generally — there's a certain rationalization that goes on that allows them to compartmentalize their lives. And that's part of the challenge: a failure to confront reality," he added.

At another point in the Crux interview, Jenkins remarked that having U.S. President Barack Obama speak at Notre Dame's commencement in May 2009 was both a high point and a low point for the university.

Father Jenkins claims the protesters who objected to Obama receiving an honorary degree due to his pro-abortion views represented a low point. But the students who shouted down the protesters, chanting, "We're Notre Dame," represented, in Jenkins' view, a high point. He was "tremendously proud" of the students who favored letting then-President Obama deliver his speech, saying they embodied the University of Notre Dame at its best.

Among the pro-lifers who protested Obama receiving an honorary degree from a Catholic university was Norma McCorvey. Originally the Jane Roe of 1973's Roe v. Wade, McCorvey would later become an avid pro-life speaker after a dramatic conversion. She died in February of 2017.

McCorvey was arrested for prayerfully protesting Obama's presence at Notre Dame's 2009 commencement. During her arrest, she wore a Notre Dame spiritwear t-shirt with "Shame Shame Shame" scribbled on it.

Obama's speech at Notre Dame was something of a watershed moment for Church Militant. Michael Voris reflected years later in a Vortex episode, "And The Vortex, which prior to Obama's rise to power was aimed primarily at the secular culture, now switched to examine the conditions in the Church which allowed so many Catholics to support this promoter of death."

Notre Dame's Catholic heritage has been at the centers of a years-long battle over the heart of the university and the souls of its students.

Sycamore Trust, a group of Notre Dame alumni and friends concerned with fighting for the university's Catholic identity, called on the public earlier this year to lean on Notre Dame administrators about revoking McCarrick's honorary degree.

In February this year, Fr. Jenkins defended the university's new policy of including "simple contraceptives" in its health insurance plans. Sycamore Trust slammed the decision, with the organization's president, William Dempsey, telling Church Militant, "It's up to the fellows and the trustees whether to invite a judicial inquiry by letting Fr. Jenkins's action stand ... or end the matter by sticking with Notre Dame's long-standing policy of excluding contraceptives and abortifacients from all University health programs."

Also in February, the University hosted a pro-LGBT retreat, co-sponsored by Campus Ministry and the Gender Relations Center.

Similarly, controversy ensued in March when Catholic speaker and ex-gay Daniel Mattson spoke at Notre Dame about how he came to embrace Church teaching on sexuality. 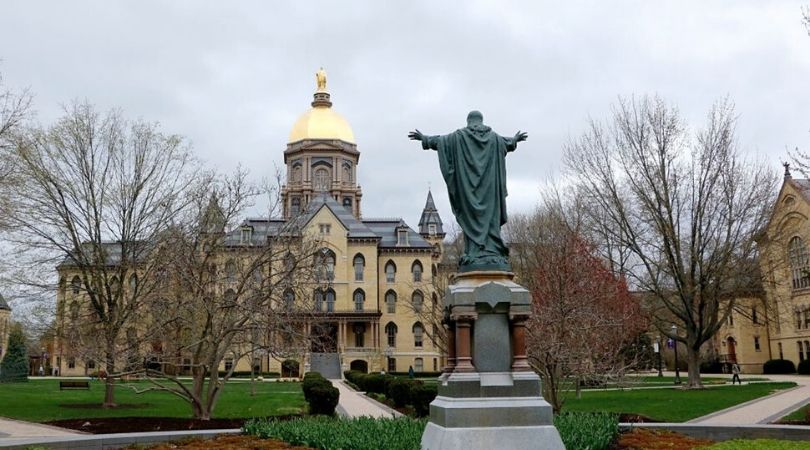 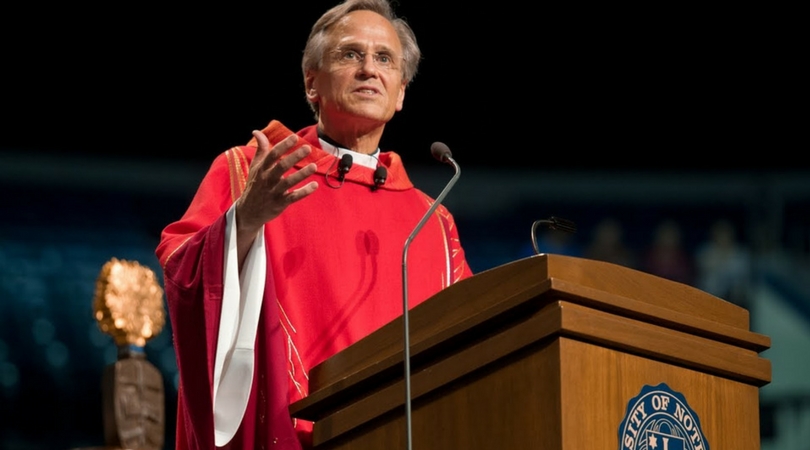 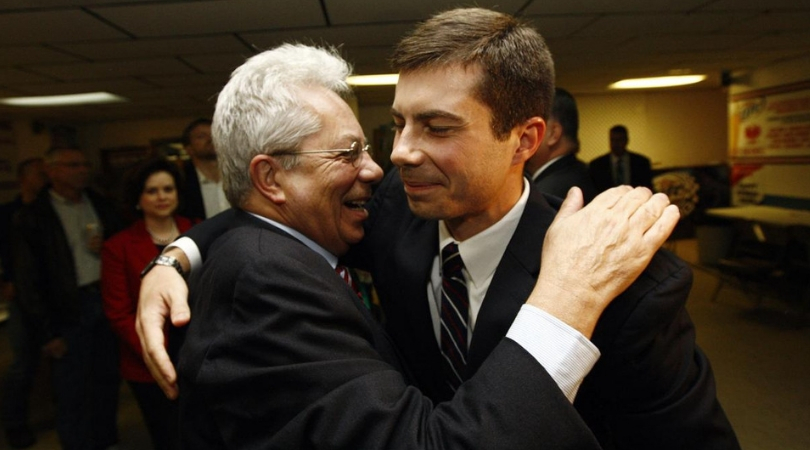