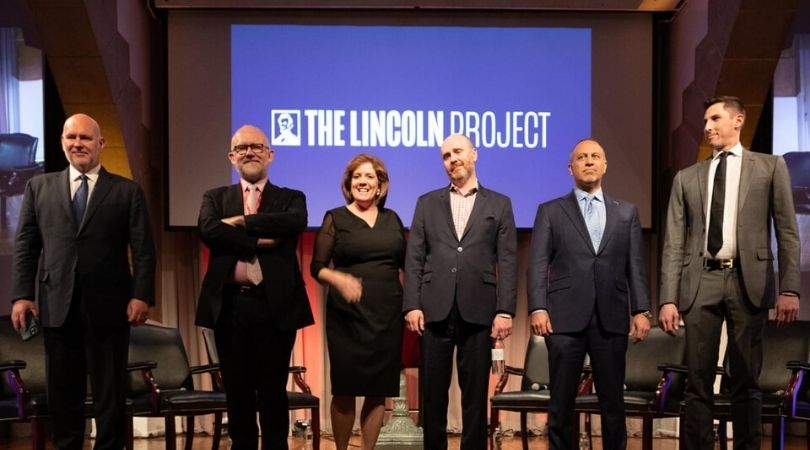 The New York Post reported on Tuesday that founders of the so-called Lincoln Project, a group of Never Trump political consultants, are tangled in Russia, tax evasion and debt, the very things they level against Trump.

The group is best known for producing attack ads designed to provoke controversial responses from the president. Both the National Review and the New York Post believe the ads were a money-making ploy for the underemployed consultants.

Writing in the National Review this week, Steve Stampley called the group's work "little more than the most brazen election-season grift in recent memory." His characterization of the group's principals was equally devastating.

He said the founders were a "ragtag band of three otherwise unemployed strategists plus one lawyer."

This isn't about Trump and Republicans. It's about making money to help pay off ... massive personal debts.

The New York Post's investigation suggests Stampley's theory that the group's motivation is financial may be correct. The newspaper reports that Schmidt, Wilson and Weaver each have financial or political secrets:

The New York Post quotes one GOP source as saying, "It's very clear that this isn't about Trump and Republicans. It's about making money to help pay off ... massive personal debts."

Texas Sen. John Cornyn (R) tweeted his contempt for the group just over a week ago.

"This cabal of political consultants is all in it for the money," he affirmed. "If they actually cared about the country, they wouldn't be working to advance the socialist, anarchist agenda of the radical left. Pathetic."

Additional evidence for the consultants being cash-strapped came on Thursday when political personality Anthony Scaramucci confirmed he will be fundraising for the Never Trump group. The funds he raises will be used to underwrite the controversial attack ads.

In an interview with Bloomberg, Scaramucci expressed his delight at the thought of the president's defeat.

"He has a chance here to really get humiliated, which I hope he will," Scaramucci predicted. "The economy's in shambles as a direct result of his decision-making and the politicization of a health care crisis. And so for all those reasons, he's obviously incompetent and so we've got to seek his removal."

In early May, when the group ran an ad called "Mourning in America" that criticized Trump's handling of the Wuhan virus, the president responded in kind, calling the producers, "loser types."