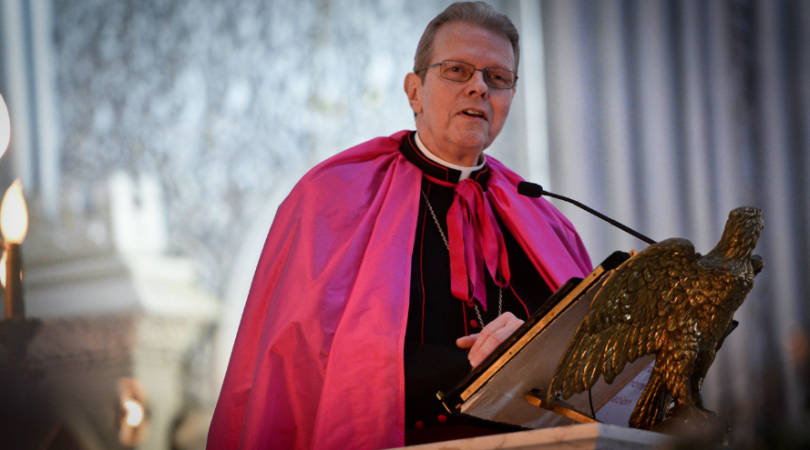 BUFFALO, NY. (ChurchMilitant.com) - Buffalo's new acting bishop is promising that clerical sex abuse victims will be part of the healing in the embattled diocese.

At Canisius College on Saturday, Bp. Edward Scharfenberger met with 175 people, including clerical sex abuse victims, for the Movement to Restore Trust Community Symposium, where he called victims "family" and added, "While we don't want to burden them with yet one more burden, they have a tremendous invitation, shall I say, to feel a part of the healing mission."

Abuse victim Michael Whalen asked Scharfenberger, "I'm here to see how my family of survivors can start to trust the Church again. How do we get to this place?"

"Us survivors and the laity need to see that you, Bishop Ed, can clean up this house called the Catholic Diocese of Buffalo," he added.

On Dec. 2, Catholic journalist Rocco Palmo reported that Malone would be resigning, and two days later Scharfenberger, bishop of Albany, New York, announced at a press conference he is taking over as the temporary head of the diocese of Buffalo.

It was not a surprise, since faithful Catholic priests and laity have been calling for Malone's resignation for many months. Father Robert Zilliox, the outspoken pastor at St. Mary's Catholic Church in East Amherst, circulated on Friday a "no confidence" letter diocesan clergy to sign that demands Malone and his auxiliary, Bp. Edward Grosz, step down.

The letter insists, "Most priests, deacons and the laity of the Diocese at Buffalo have lost trust and confidence in your ability to lead us forward. Therefore, we reiterate our demand that you resign effective immediately."

Zilliox told media, "It's time for my brothers in the clergy to step up, to truly examine their conscience, make a decision, and make a choice that we can no longer allow this to continue."

Last year Malone steadfastly refused to step down, saying, "A shepherd does not desert the flock." But by September 2019, Malone complained to his secretary in secretly recorded audio, "We are in a true crisis situation. True crisis. ... And everyone in this office is convinced this could be the end for me as bishop, it could force me to resign."

Malone's resignation came just weeks after he returned from his face-to-face meeting with Pope Francis in Rome, where he described the pope as "very understanding and kind," saying, "In a few words spoken privately to me, it was clear that the Pope understands the difficulties and distress we here in Buffalo, and I personally, have been experiencing."

Victims' advocates questioned Pope Francis' resolve after his personally appointed investigator, Bp. Nicholas DiMarzio, was himself accused of sex abuse, announced after he wrapped up a somewhat hasty, month-long investigation into Malone's handling of sex abuse during his tenure as bishop of Buffalo.

In October, Pope Francis appointed DiMarzio to investigate the scandal-ridden diocese, describing the investigation as "a non-judicial and non-administrative process that requires confidentiality."

DiMarzio commented, "This is a difficult period in the life of the Church in Buffalo," adding, "I pledge I will keep an open mind throughout the process and do my best to learn the facts and gain a thorough understanding of the situation in order to fulfill the mandate of this Apostolic Visitation."

Critics maintain DiMarzio has connections to the disgraced homosexual predator ex-Cdl. Theodore McCarrick. As a priest in the archdiocese of Newark, New Jersey, he worked under McCarrick and was consecrated bishop by him in 1996. He was, McCarrick's auxiliary for about three years before being promoted in 1999 to lead the diocese of Camden, New Jersey.

Both Catholics and non-Catholics are waiting to see if the removal of Malone will help heal the wounds of clerical sex abuse victims. During Saturday's symposium, Whalen challenged Scharfenberger: "You say we are family, so please take care of your children because the other bishop did not." 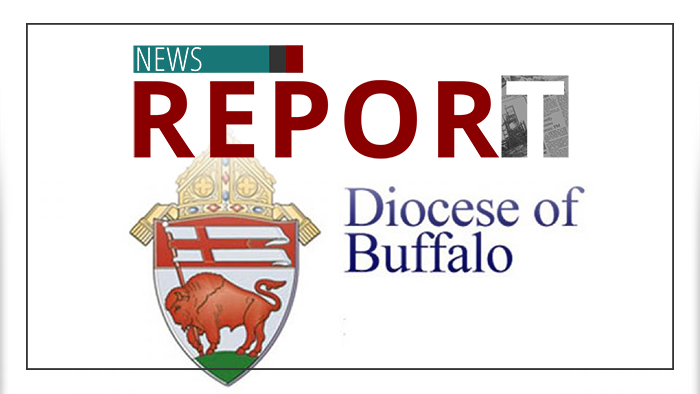